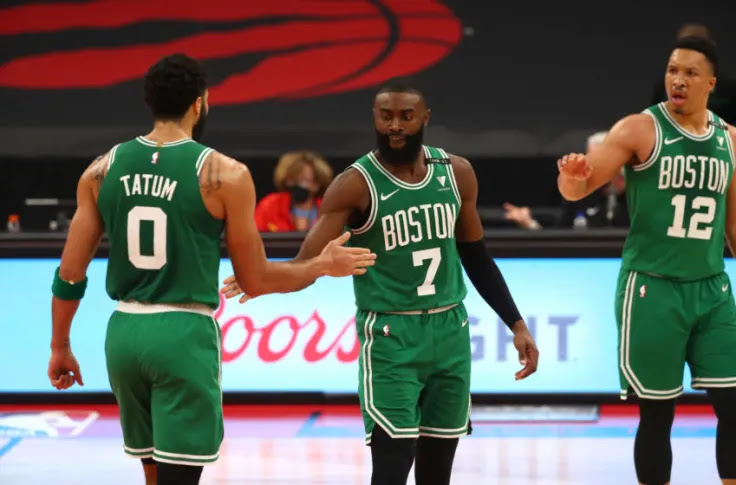 Boston looked as though they were beginning to “right the ship” over the four games prior to the all star break, but now, it seems they have slipped back into their earlier slump for another round of horrible performances since all star weekend. The on-off numbers have been a feature over the last few broadcasts to show just how bad the help is around Tatum and Brown. The on-off also illuminates how Jayson Tatum is on another level from Jaylen at this point. Jayson has been taking over games at big moments since the break with nothing to show for it because the help around him has been pathetic. 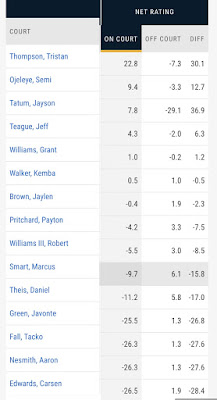 Jaylen is great, but he doesn’t have that ability to put the group on his back quite yet and it shows. Over the last 5 games, the Celtics have a -0.4 net rating while Jaylen is on the court and they are a +1.9 while he’s on the bench. Over that same period, the C’s are +7.8 while Tatum is on the court and a whopping -29.1 while he’s off the floor. I mean it doesn’t get any more clear than that. While Tatum is on the floor, they generally have been pretty good since the break, and when he’s off the floor, it has been beyond ugly. It’s not terrible that when Jaylen is off they have a higher rating because when he is off generally Tatum is on the court so that could make it swing that way, but to be negative while he’s on the court is not a good indication.
Meanwhile, Rob Williams, while having performances of his life individually, has not really translated to winning games. Boston is a -5.5 while the improved big man is on the floor and a +3.0 while he’s on the pine. This seems to indicate that maybe we should pump the breaks a little bit with Rob, though he has shown that he can make winning plays it just hasn’t shown up in the most important column yet, and that is winning.
Boston has a positive rating when only six players on the roster are on the court. They are negative while the other nine are on the court, and that group includes Jaylen, Smart, Theis, Pritchard, and Rob.