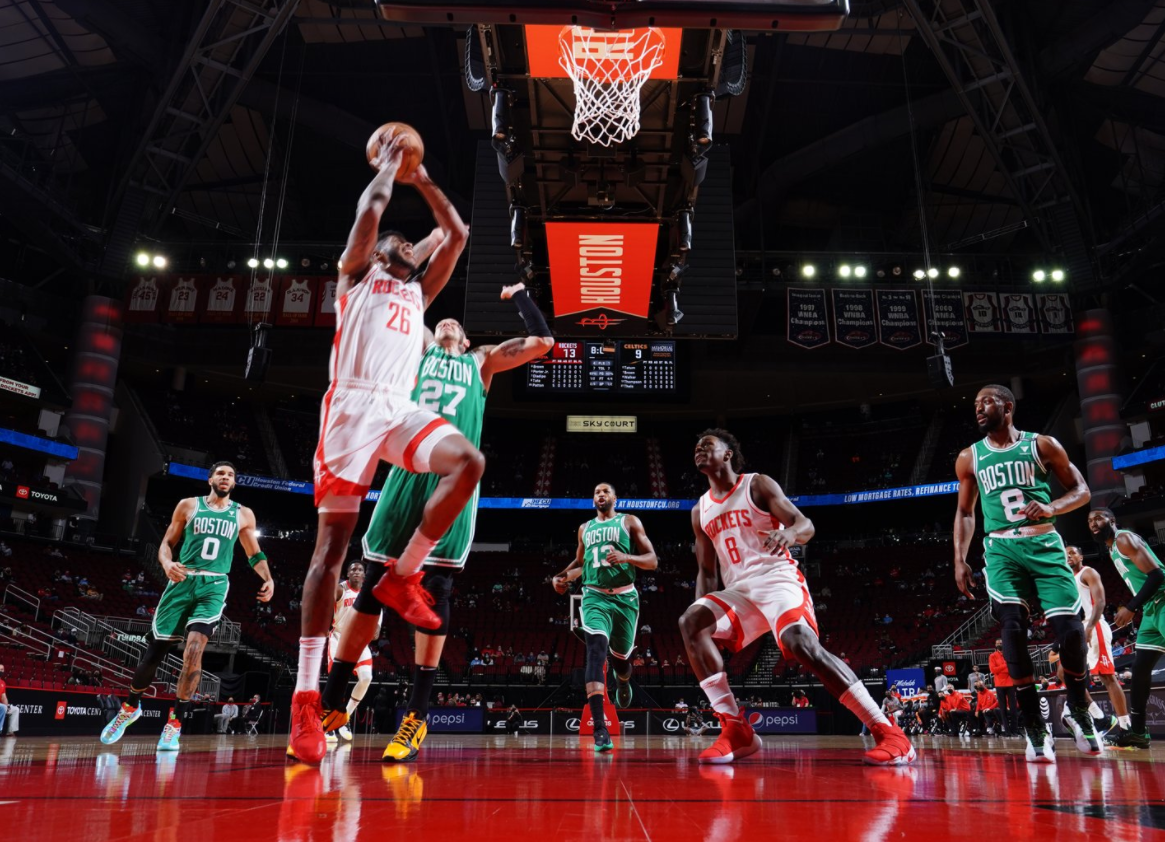 The Celtics improved their record to 20-18 with a 134-107 win over the Houston Rockets. C's started off slow and gave us fans a little bit of a scare, but they turned it around and gave Houston their 16th loss in a row as they're now 11-26 on the year.
The Jays were both cruising through this game tonight. Jayson Tatum had 23-6-6 on 9/17 shooting from the field. The two-time all-star ended his night with an amazing 3-point shot at the buzzer. Just a great way to cap off his outing. Jaylen Brown had 24 points against Houston on 9/14 shooting. JB bounced back with a solid night after a poor performance against Brooklyn in the last game.
Robert Williams III came off the bench and made an impact with a triple-double. Timelord had 16-13 in 19 minutes. Start him! Both Rob and Tristan Thompson had a fun time playing against a small Houston Rockets team. Thompson had 8-13 in just 18 minutes.
The Rockets were led by Victor Oladipo against Boston. Oladipo had 26-6-4 as he had a solid game despite being in a lot of trade talks. Kenyon Martin Jr., son of former NBA all-star Kenyon Martin, came off the bench and scored 21 points in 29 minutes.
This was the easy win we expected the C's to get. This was great to get back in the win column, and get the Jays and others some rest. The Celtics will now have a much harder matchup Tuesday night as the team with the best record in the NBA, the Utah Jazz, will be coming to town. That game against Donovan Mitchell and Utah will tipoff at 7:30.
Read more from George Dimis HERE!
Follow me on Twitter: @GWDimis