Celtics attempt to disguise themselves in 1980's Bucks unis, but lose again to fall below .500 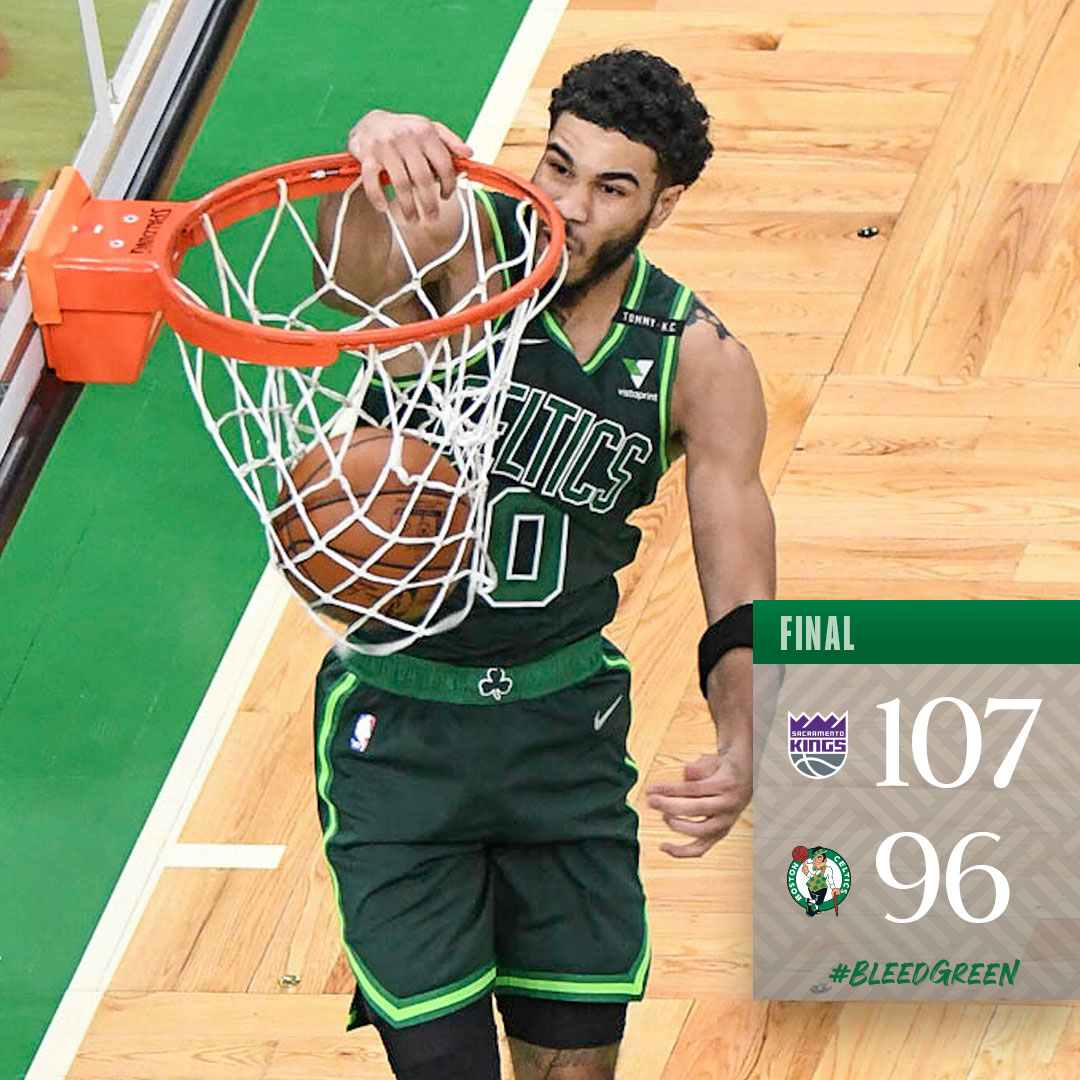 Another game (against a team not named the Rockets starting a G-League team) another loss. You know the drill. Celtics fell behind big to a team they should beat, made a valiant comeback, but in the end fell short. Final: Kings 107-96.

Asking this tongue in cheek since I'm not a fan of booing (unless someone is obviously giving no effort like not running out a grounder), but when fans re-enter the TD Garden next week, do they come in booing or wait til the 15 pt 1st quarter deficit? Players might be thankful for masks in the coming weeks.

Sorry, but I'm not going to add which Celtics scored a lot tonight "in a losing cause." Come back shortly and I'll add the box score. The main point is the team as a whole shite the bed... again.

Brad Stevens has gone out of his way throughout the season to try to be positive in virtually every interview he's given this season. But after tonight's loss to the Kings, his frustration with Boston's inconsistencies have been clear, and he said the blame for that lies with him

Just sit everyone a game and bring back the 2019 Summer League Celtics for a night. pic.twitter.com/vijQabeJCK

p.s. Remember that Ainge threat about a month ago that if the players didn’t get their act together some faces would have to change? Ppl don’t respond to hollow threats

Jaylen Brown says he needs to improve as a leader: "I lose sleep because of that."

"The reason guys are putting it on themselves is 'cause we have such great dudes, with good character... At the end of the day, we got to come together." - Kemba Walker pic.twitter.com/KgzL4guMMy