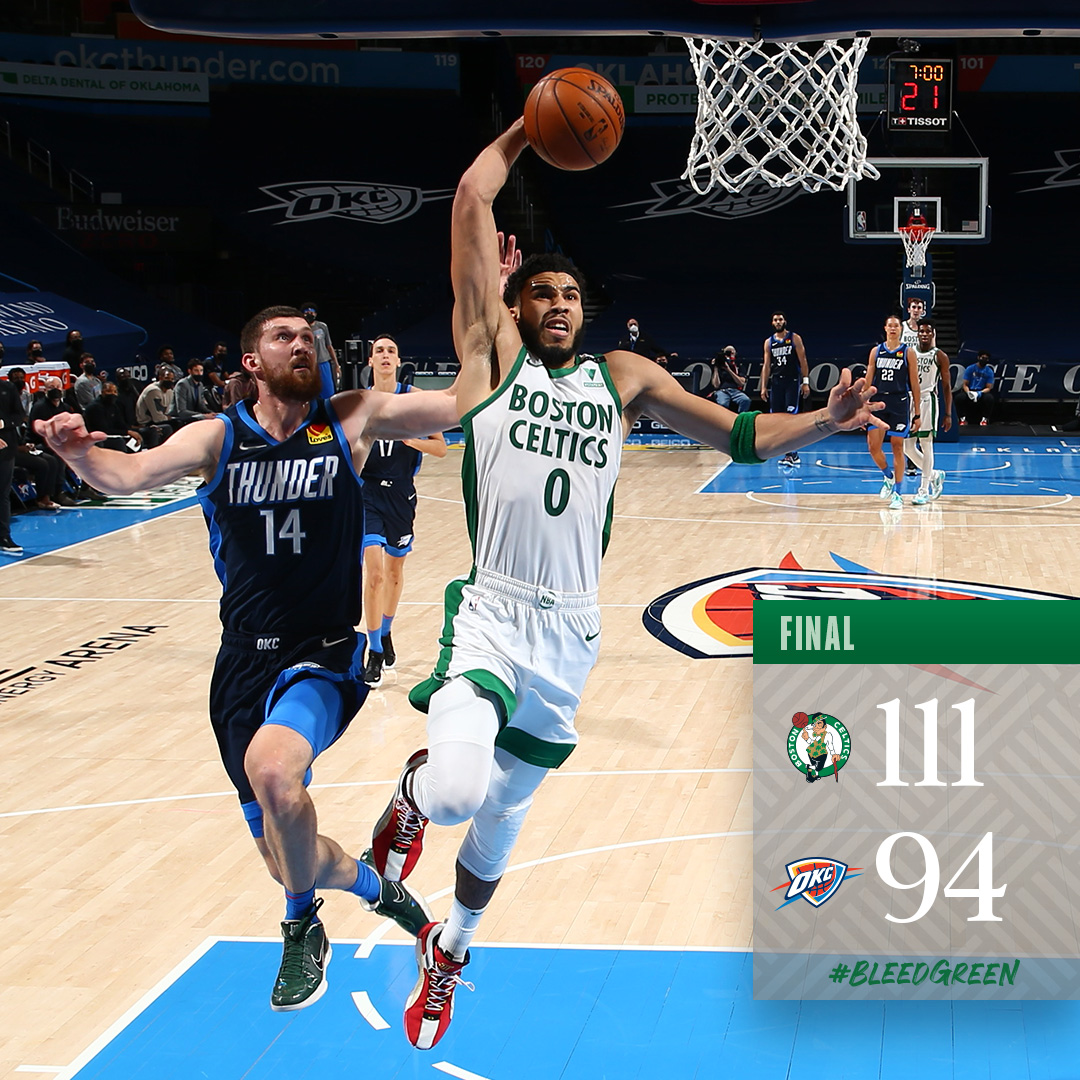 The game started out ugly with the Thunder’s Luguentz Dort scoring the game's first 8 points. Boston looked like it left its shooting in Milwaukee. But by the end of quarter 1, Boston had cut the deficit to 4. The two teams matched each other the next two quarters, but then the Celtics did what you're supposed to do against a hungry young team in quarter 4; They squashed their dreams. Boston outscored the Thunder by 21 points in the final quarter to secure the win.

Jayson Tatum and Jaylen Brown led all scorers with 27 and 25 points apiece. Robert Williams in his second straight start finished with 9 points and 14 rebounds. Carsen Edwards and Payton Pritchard each added a dozen points off the bench, while newcomer Luke Kornet had himself a debut for the Celtics, highlighted by two big 3-pointers.

17 and 19 in the first half for Moses Brown, This is crazy. #Celtics #Thunder

Some dude named Moses Brown went OFF for the Thunder in the 1st half, but disappeared completely. Might have been waived at some point in the 2nd half.

Celtics now head home to host the Pelicans in front of real live fans at the TD Garden.

🌮? And what about to drink? Water’s fine 💦pic.twitter.com/084itKcZaa 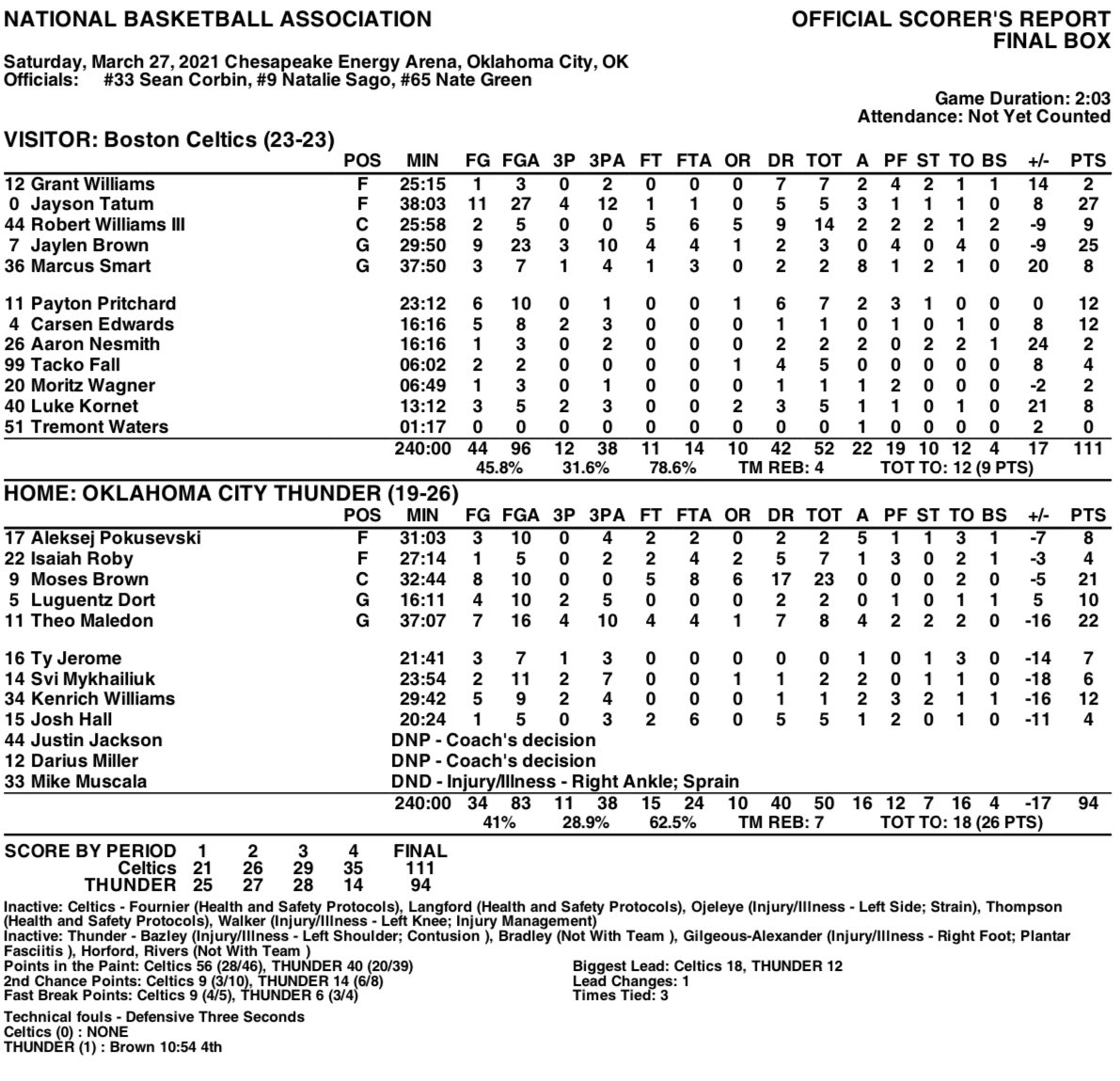 Al Horford catching up with his former teammates after the game pic.twitter.com/3VAwIW16EA

"It's awesome when guys are happy for you and you can share that with them."

New Celtics forward Luke Kornet on helping to spark Boston's 4th-quarter run, getting his teammates hyped, and a wild 48 hours since the trade deadline. pic.twitter.com/tWAxZ1iHFZ

Danny Ainge yelling at Mike Zarren who's on the call with the NBA office to waive Luke Kornet pic.twitter.com/QTS8rURAKJ