After the craziness of trade deadline day on Thursday, we passed along the Chris Haynes report that Andre Drummond had the Celtics on his shortlist of five teams that evening. The Celtics did speak with Drummond on Friday and according to Woj it went well and the Celtics had a real shot. Yesterday the buzz was that Drummond was likely to pick the Lakers and today that became official.

Ironically yesterday Lebronakers fans were mocking the lengths that the Nets must go to beat LeBron James and the Lakers after LaMarcus Aldridge agreed to sign with Brooklyn. This spoof with Time Lord deserves a round of applause.

Allof this: To beat this: pic.twitter.com/55XbPwK91C

But seriously, its pretty rich of LeBron and Lakers fans to complain about that. Also let’s not forget that LeBron joined Wade and Bosh in Miami to win his first two titles, then when the Cavs got their 4th #1 overall pick and could trade that for a star, James teamed u9 with Kevin Love and Kyrie Irving back there. Once he could no longer win with that cast he went to L.A, where his fellow Klutch client and 1st team All-NBA player Anthony Davis forced a trade to. And the Lakers went hard for Kawhi Leonard in free agency as well. The Lakers of course are famous for building their teams on some good draft picks (Like Magic, Worthy, and Kobe), but also players forcing their way there or signing in free agency (Wilt, Kareem, Shaq, Dwight Howard, LeBron, AD). So yeah.

LeBronakers fans who whined about Nets needing to sign another “star” in Aldridge to have a chance against LeBron after Lakers sign Drummond pic.twitter.com/J0Q8JCZHgt

Reality is that if you are a top contender and you have All-NBA players you tend to get the top buy out players. The Celtics had that cachet briefly in 2009 after signing KG, but haven't really enjoyed the perk since then. Aldridge did not consider Boston. And while I will criticize Ainge when warranted, I don't blame him for missing out on Drummond. The Lakers had a more appealing landing spot. More likely title contender and pretty much a guaranteed starting spot. I suppose Ainge could have guaranteed a starting spot to Drummond, but if Time Lord ended up out playing him by a good deal, do you really want to have to stick with Drummond as the starter? And people already don't trust Ainge some, so going back on your word was out of the question.

My guess is the Celtics had a good pitch. Something like you could be the missing piece we need to get back to the Finals Andre and yoiu will have every opportunity to be the starter in Boston. And even if you aren't we'll give you minutes. But of course with the Lakers their best big man is Anthony Davis who is both currently hurt, but more importantly a stretch big who you can play at the same time with Drummond. There wasn't that option in Boston and neither Time Lord or Tristan are stretch bigs.

Once AD does return expect the Lakers to go big in an era of going small. The center minutes will be spit between Drummond and Montrezl Harrell, while AD will play almost exclusively at the 4. For the Celtics they will continue to look to add another player with their open roster spot, but it might not even end up being a big.

I'm not a prisoner of the moment so I won't overreact to Luke Kornet's debut too much. A couple days ago he was expected to get waived by the Celtics to make room for a buy-out guy. They decided to keep him until that time at least. But the NBA is filled with successful "found money" players and stories as I like to call them. Guys you only acquired because they fit the contract component of a deal. So just because the Celtics wouldn't have actively signed Mo Wagner or Luke Kornet as free agents, it doesn't mean one or the other couldn't help. 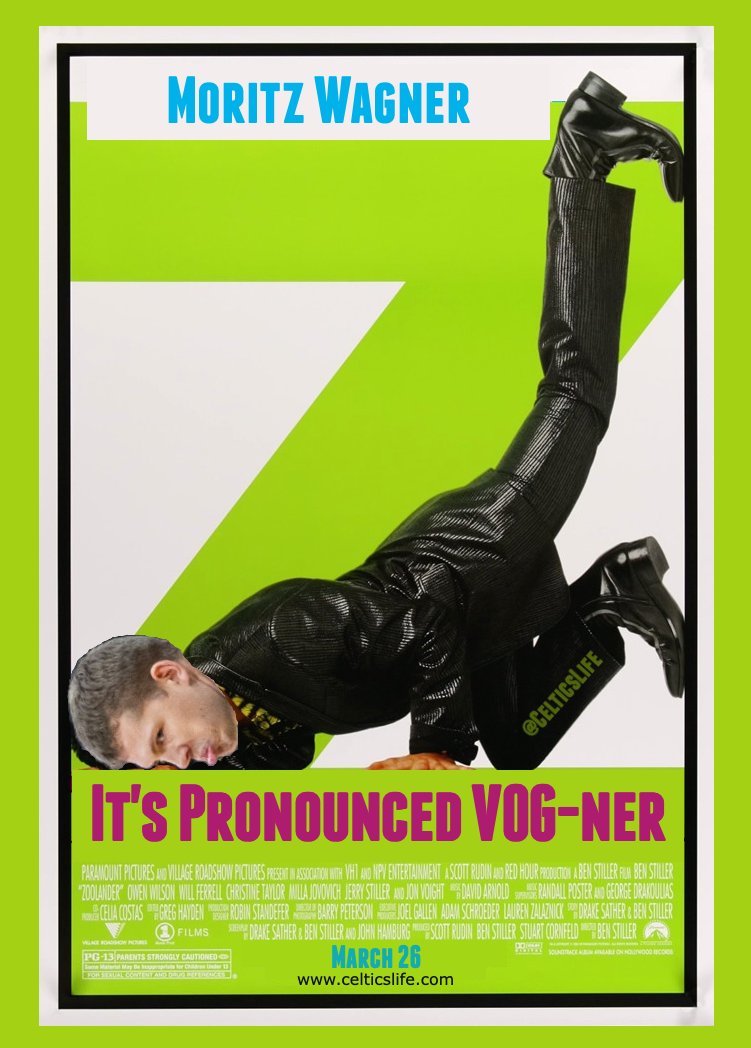 Will it be Kornet or will it be Wagner? If I put this poll up on social media right now, I'm sure the results would swing heavily towards Kornet, but a day prior it would have been Wagner (though likely not as wide of a gap). I do think Ainge would like to sign a big, but who's left? The other player we wrote about as a buy-out option the other day old friend Kelly Olynyk now appears to be staying in Houston. I think he'd actively have to approach the Rockets and say they can buy him out for a lot less than he's owed to become a free agent. Maybe that's one of those shady negotiations that happen. Like his agent contacts Ainge and asks something like, "If Kelly gives x amount of money back to Houston to waive him, we have your word you'll sign him right?

Could Kelly Olynyk be shipping back up to Boston? https://t.co/i9fqeU51Wz pic.twitter.com/Vw84WoQOQR

And if you really want to get shady, maybe they even talk numbers on retaining Olynyk past the end of the year. The biggest issue for the Celtics right now with their bigs isn't whether you could get by with Kornet or Wagner as your 3rd big, but that Boston would be taking a very big risk going into the playoffs without adding another established big in case Tristan and/Time Lord had to miss any games due to COVID Health and Safety Protocals or an injury. In last season's playoffs you had Theis starting, and either Time Lord or Kanter backing him up. If one you got hurt, you could have always swapped in the other.

So if you're not sold on Wagner and Kornet, having only Time Lord and Tristan on your roster is a gamble. We'll keep you updated with any new names that pop up as potenial signings by the Celtics. Or if we come up with some ideas we'll share them. Lastly, Ainge sometimes uses a roster spot at the very end of the season on a G-League player he's somewhat intrigued in. They tend to get multi year deals with just this one guaranteed. It's a sneaky way to add a guy who you want to take a look at and if he ends up being a keeper, you have his rights for the next couple years, and if he doesn't he serves as the valuable player on a non-guaranteed contract that other teams like to receive in trades.