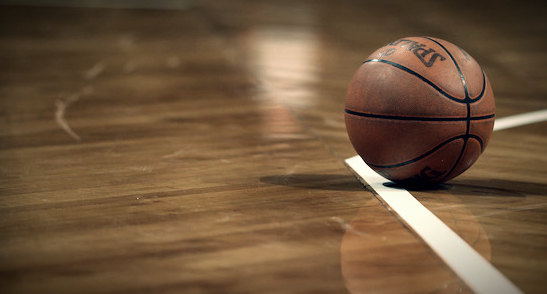 The Brooklyn Nets expect the Boston Celtics to hit the Atlantic Division. The home side announced a spectacular new addition a few days ago. This time Blake Griffin could be directed to the Empire City. The six-time all-star is leaving Detroit and getting a contract in Brooklyn until the end of the season.
Even though his heyday is over due to his advanced age and numerous injuries, he should add even more depth to the Nets roster. Fans have waited for this spectacular game. Many of them are placing their bets at Rhode Island sports betting agencies as the odds for such a game are extremely high and sports betting fans can look forward to this game, as the Bostonians again arrive in increasing form. The last four games before the all-star break were won. The Celtics last For the match at the Barclays Center between the Brooklyn Nets and Boston Celtics, the tip aims to get the hosts off the court as winners. The exciting game on the east coast can be followed live on DAZN and further analyzes of games in the NBA are available in the basketball tips section of the betting base.
Brooklyn Nets stats & current form
With Blake Griffin, coach Steve Nash now also has a first pick on hand. However, the draft of the Power Forward was a full twelve years ago and, as described, Griffin will no longer achieve his former level of performance.
Nevertheless, he can still be described as an above-average player on the four, which is why the Nets receive a playful update. After James Harden joined the Big Apple franchise last January and KD is finally playing healthy at the side of Kyrie Irving this season, the Nets continue to blossom into a super team.
Durant could be missing again
The “Slim Reaper” was injured again recently and missed the All-Star, although he would have taken second place with his own “Team Durant”. It is not yet clear whether KD can play against Boston.
But as described, the Nets can afford such prominent failures themselves, because the squad is well staffed and further injuries at the four-time winner of the Eastern Conference are at least only to a manageable extent.
In addition to the long-term injured Spencer Dinwiddie, who will no longer be used this season due to a torn cruciate ligament, the only current candidates are the French shooting guard Timothé Luwawu-Cabarrot and power forward Jeff Green.
Expected lineup of Brooklyn Nets:
Harden - Irving - Jordan - Harris – Brown
Boston Celtics stats & current form
Coach Brad Stevens' team has recently recovered. Four home wins in a row show the upward trend in the team from Beantown. Here, however, helped the respective tense personnel situation with the last opponents.
The defeated Raptors competed without three of their starters and the previous game they won against Clippers resulted not least from the failure of Kawhi Leonard in the Los Angeles franchise. In addition, they won against the Wizards by a maximum of just one point.
The victories were undoubtedly very important to the Bostonians' cracked confidence. Actually, the record champion started the season together with the Lakers as a contender, but often things didn't go really smoothly.
Boston hopes for the return of Smart
One negative factor is Marcus Smart's injury. The point guard is missing mainly as a driver on the court. He may now be available again, but even if it is enough for a comeback in the next game, the 27-year-old will not do more than short missions for the time being.
For the Bostonians, the failure was a real weakening: In addition to his leader quality, Smart had a great season in terms of play until he was injured. With an average of 13.1 points and 6.1 assists as well as 1.8 steals, the Point Guard had new career records in the Massachusetts franchise in all three categories.
Expected lineup of Boston Celtics: Tatum - Theis - Thompson - Brown - Walker
Brooklyn is slowly but surely becoming a magnet for churning players in the NBA. The chance to play alongside KD and Irving convinced James Harden last January and now Blake Griffin is coming to New York.
In terms of quality, the last new addition can of course be valued significantly lower than “The Beard”, but it is still an update for the bank. The Nets already have the best offensive rating with 118.2.