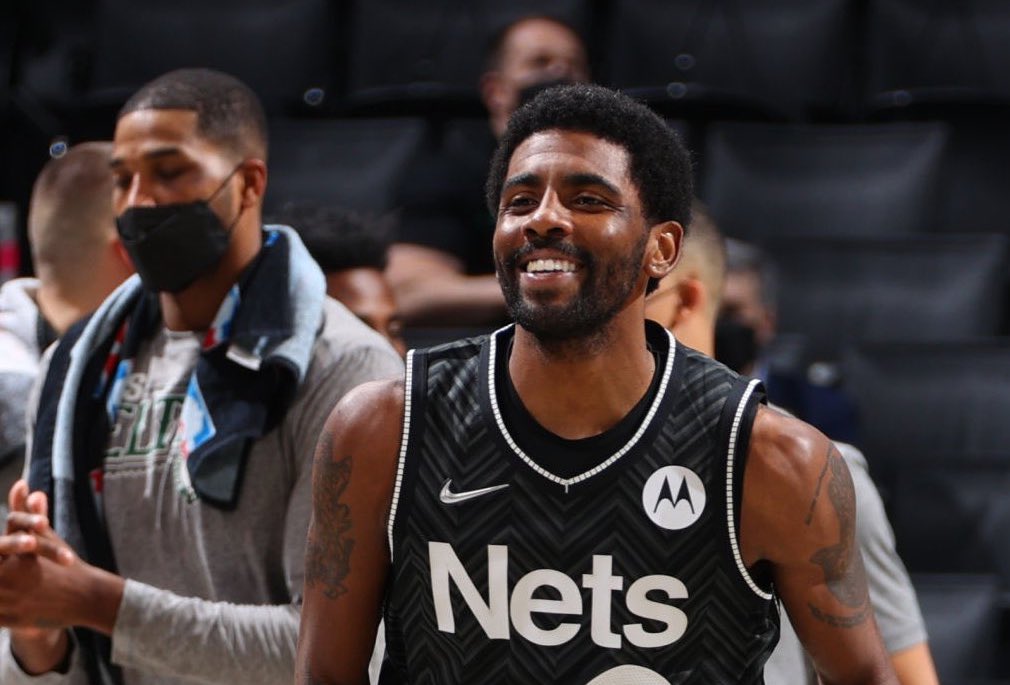 Marcus Smart made his return to play for the Celtics to kick off the 2nd half of the season, but his 19 points off the bench were not enough to stop the Nets Big 3 of Kyrie Irving, James Harden and Landry Shamet. Jayson Tatum led the Celtics with 31 points in the 121 to 109 loss in Brooklyn. You could say this is the closest Boston has been to having their full team, but Smart was on a minutes restriction and Jaylen Brown looked like a guy who might have been better served by accepting his All-Star invitation honor, but not participating in the 3-Point Shootout and game this past Sunday.

When was the last time a team had three players who, when healthy, all played at an MVP level throughout an entire season together? The Nets are doing it with Harden, KD and Kyrie.

Speaking of a 3 point shootout, the Nets went 19 for 42 from beyond the arc. Kyrie Irving finished the night with 40 points (5 for 8 on 3pt attempts), 8 rebounds and 3 assists. The Nets are a very talented team no doubt. And they will be even more scary when Durant returns. I also expect them to get first dibs on the best player that is bought out.

Barring injuries, its going to be a tall task to expect Ainge to make a trade or two on the next week to match the talent of a deep team led by 3 All-NBA players with chips on their shoulders.

"5 minute stints sucks... but I thought he looked good, and he'll only get better." - Brad Stevens on Marcus Smart pic.twitter.com/hJxPejT6Ib

Marcus Smart on his return: “It’s like riding a bike. I just come back and do what I do.”


Marcus Smart: “This is vintage Kyrie that we’re used to seeing. ... We’ve gotta obviously do a better job on him.”

Daniel Theis: “I don’t care if I get hit in the face, hit in the stomach. I just try to protect the basket no matter what.” 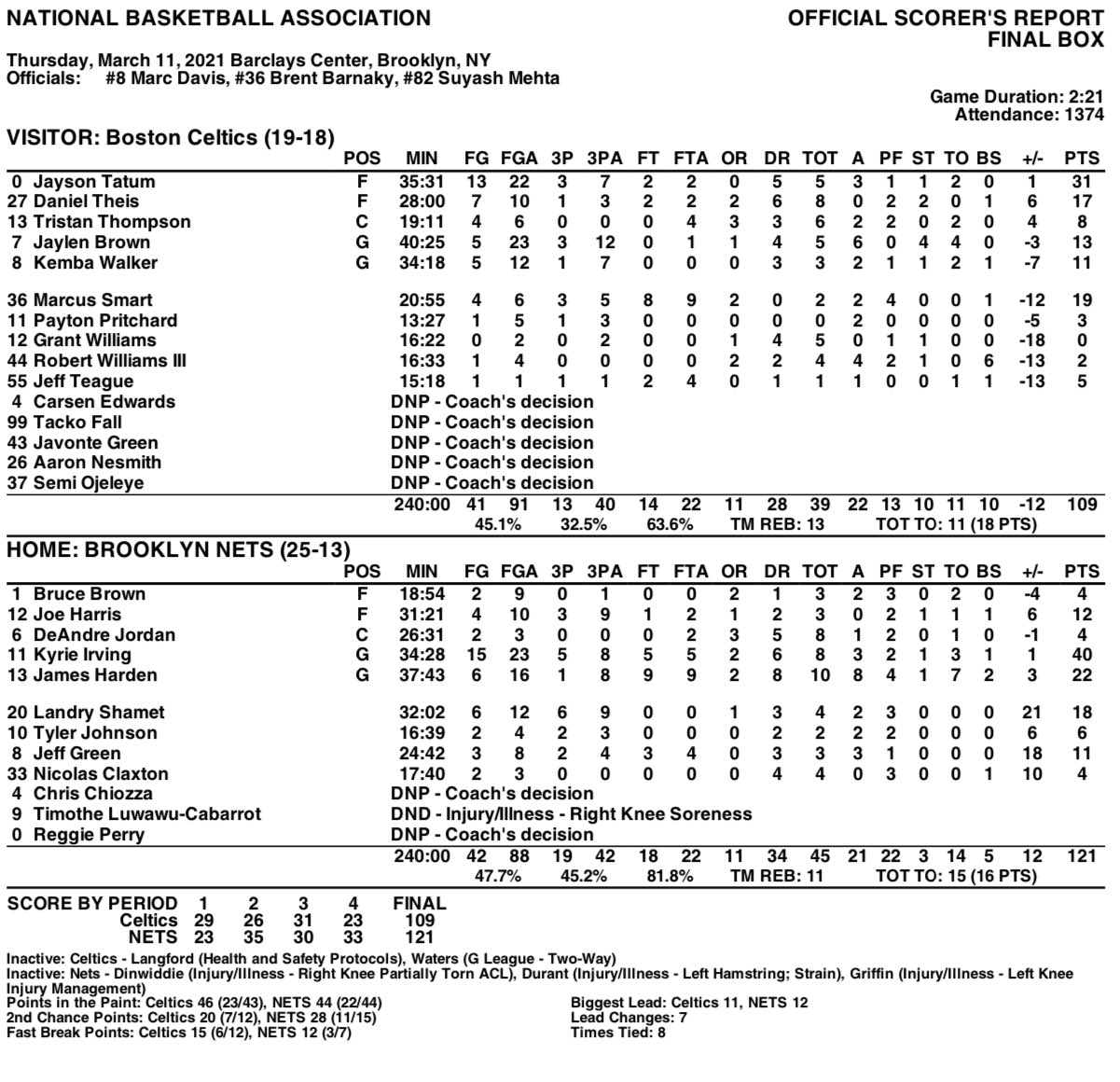