Brad Stevens hints that a trade may be coming soon 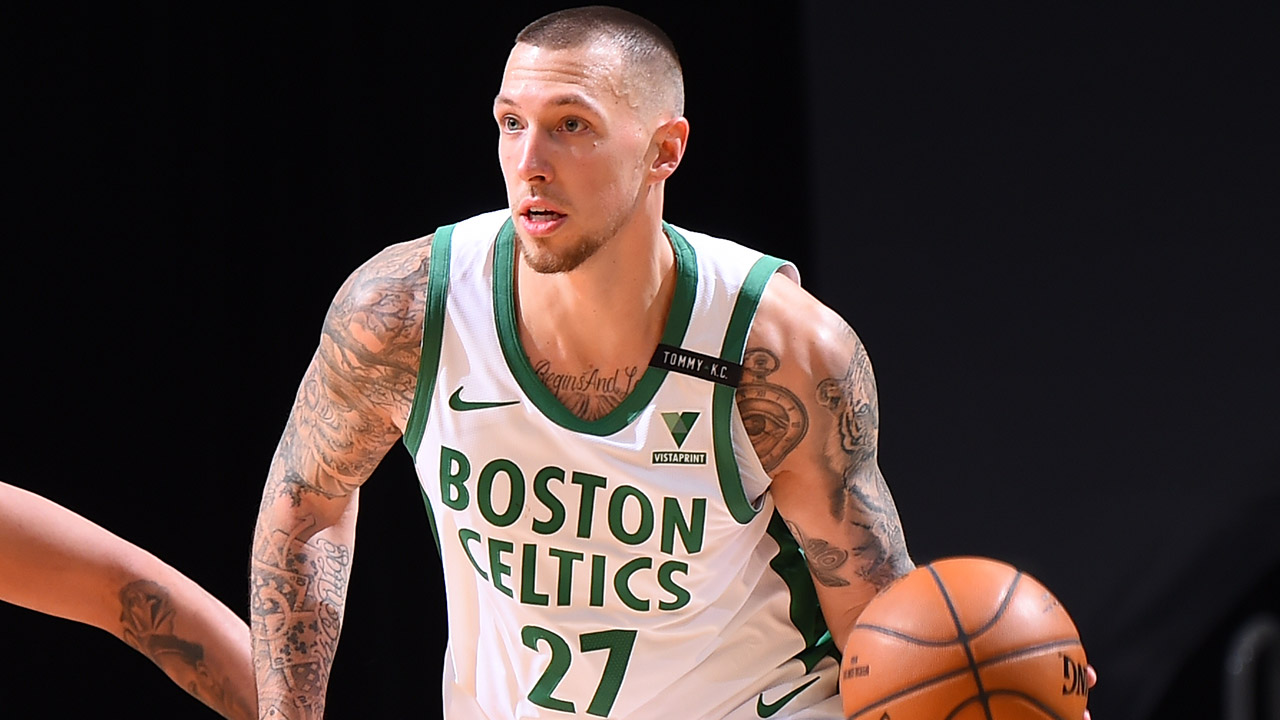 The Boston Celtics’ starting lineup has looked a little different this year after signing Tristan Thompson in free agency. While the whole league has been going small, Brad Stevens went with double bigs, playing Tristan Thompson and Daniel Theis side by side. They struggled early in the season but seemed to pick up in the past few weeks, although Brad now seems to be switching the lineup around again. Up to this point in the season it’s been easier to play double bigs due to Kemba, Smart, and Tatum all missing significant portions of time. Now that everyone is healthy (with the exception of Romeo, of course) Brad wants to go smaller again.

Stevens said Smart will return to the starting 5 when minutes restriction is lifted. That means Cs will be smaller. There will be fewer minutes for the centers.

Stevens: “We’re going to be in a situation more now where one of those guys isn’t playing as much as we’re smaller”

The center rotation is going to look a lot different now with the limited minutes. Each of our bigs has a skill that the others don’t possess. Rob has the freakish athleticism, the lob threats, and shot blocking ability. Theis is the only big who can space the floor, has the most experience with the team, and seems to understand the game scheme the best. Tristan is the biggest body, brings plenty of fire, and is a great rebounder. In my opinion, Theis is the best of the three, but if we could combine them all into one super center that would be ideal. Since we don’t yet possess that technology, we’re going to have to find a different solution, and Brad Stevens may have already hinted as to what that may be:

Brad Stevens said he talked to Daniel Theis at halftime, who barely played tonight after starting. Stevens says they are going to have to limit the center rotation to just two guys between Theis, TT and Time Lord as the season goes on and they look to play smaller.

Rob, Theis, and Thompson all provide good production, but if the center spot is going to be limited to just two of them, one of them will always be under utilized. Rob has definitely proven that he’s worth the playing time with his much-improved performance this season. He’s averaging just 16 minutes a game this season but has managed to put himself in the top 10 in the league for blocks per game (1.6), topping names like Joel Embiid (1.4), Giannis Antetokounmpo (1.4), and Andre Drummond (1.2). He’s also putting up 7.1 points on an efficient 72.2% field goal percentage. He’s had hip issues in the past, so his minutes have been limited in order to keep him healthy for the playoffs.

I don’t see him coming out of the lineup any time soon, which means that Thompson and Theis are the two main candidates to either ride the bench or find themselves wearing a different team’s colors by the end of March. Since we're already lacking depth I doubt Danny Ainge would want to let either of them waste away on the bench, so between the two of them the signs seem to be pointing towards Daniel Theis being on the move. He’s been seeing a lot less time in the last 3 games of the season, averaging just 13.9 minutes with Tristan at 20.6 and Rob at 19.6 minutes per game. On top of that he’s on an expiring contract and being that this year’s free agency class is pretty weak, he’s likely to get more money from another team than Danny Ainge is probably willing to spend.

The Celtics have lost a lot of players with little to no return in free agency lately (Kyrie, Horford, Hayward, etc.) so I would think that Danny would like to see if he can get some return this time around. If he were to make a deal, there’s no telling how big it would be. I would expect the bare minimum compensation to be a 2nd round pick or two, but there’s also the possibility that Theis becomes part of a larger package that would utilize some picks and maybe the TPE. Unless the asking price isn’t too high for the likes of Nikola Vucevic or John Collins, I doubt Ainge trades Theis for another big, and it seems like the asking price is already too high for the likes of Jerami Grant and Harrison Barnes, so don’t be surprised if a Theis trade has a small return. It was rumored that the Celtics may be a potential suitor for Lamarcus Aldridge if he's bought out, another reason why Danny may not haggle too much in moving Theis and opening up that spot in the rotation.

The trade deadline, March 25th, is fast approaching and this seems like the year that Celtics might actually make a splash. This is the least depth the team has seen in years, so if they hope to become contenders this year then we’re going to need some big changes on the bench. We’ll have to wait to see if Theis becomes a part of that, although it is also still possible that Danny doesn’t move him and has Brad rotate between Theis and Thompson based off of matchups. Nonetheless, we’ll all be watching Shams and Woj’s twitters very closely for the next two weeks.