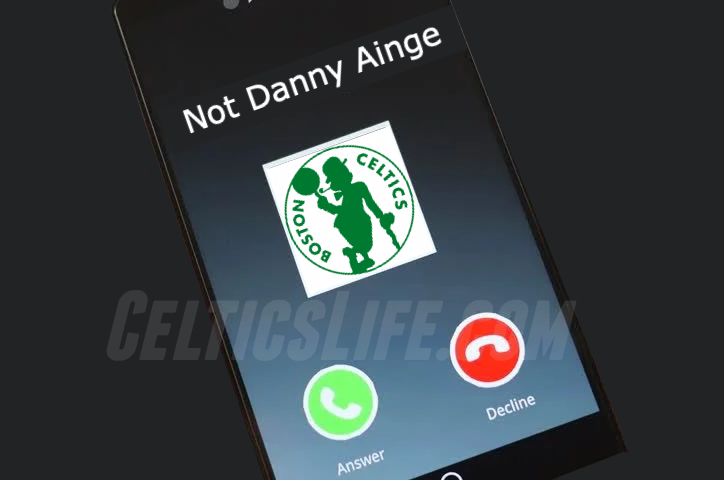 Well its a rare treat to get an Afternoon Delight on the weekend, but Celtics Life's crack investigative reporter Rondo Burgundy wanted to break this story before it leaked elsewhere.

Celtics life has in its possession a recording that another team took of a trade call with Danny Ainge. Some might call Danny desperate for attempting this, but personally I like the out of the box thinking here.

It appears that in an ode to Eddie Murphy and Arsenio Hall, Danny Ainge disguised his voice on a call with an opposing GM. It must have something to do with the rumor that other GM's don't want to deal with him. Guessing Ainge came up with a fake name for whatever assistant gm he was pretending to be on the Celtics.

Now like any decent reporter Rondo Burgundy won't disclose which opposing general manger recorded this call, but he sounds very similar to the dad from Good Times, so we can rule out any squeaky sounding guy like a Van Gundy. Feel free to guess in the comments section who you think leaked this.

Now we can't play the original audio file in its entirety for legal reasons. And no that's not because Danny is offering to finally give @CelticsLife its long way overdue Twitter follow if we put the kibosh on the release of the tape!

But here it is with a couple minor tweaks for said legal reasons. Just replace million dollars with 1st rounder. And change the Good Times dad's line at the end to "You don't have enough crappy 1sts to trade for my star," and there you go.

Apparently even if the other GM doesn't think it's Ainge trying to swindle him on the other line, acquiring a player good enough to make you a contender is a tall task.