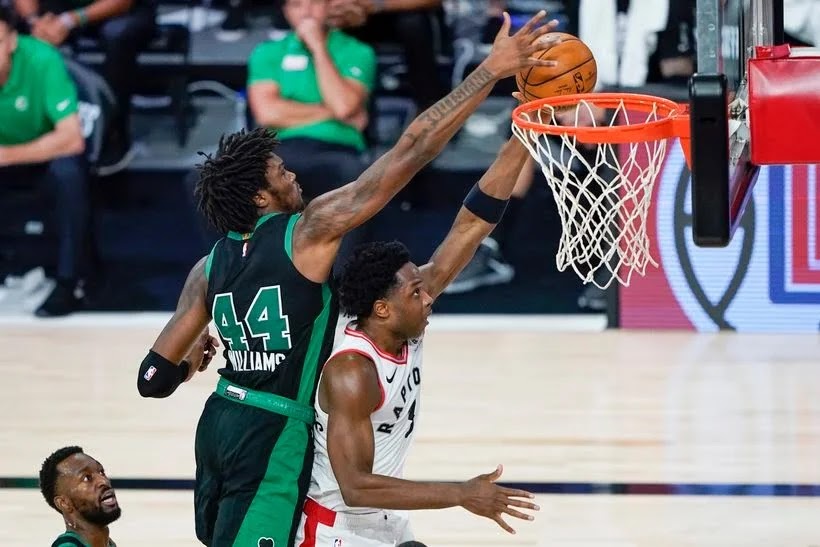 Rob aka. "Lob" Williams III has by far been Boston's most improved player this season. His play of late and the fact that he has been incredibly consistent I believe is making him untouchable in trade talks. Obviously that depends on the trade target but I’d put it at about 80% of the phone calls where Danny hears them put Rob in a deal he laughs to himself along with a NO.
Now, if your going after a Nikola Vucevic or Jerami Grant then you probably need to put the Timelord in there. Danny probably has him in the same category that Terry Rozier was in all those years. Terry was in tons of trade rumors and teams reportedly wanted him every chance they could offer a deal but Danny consistently shot it down instantly up until Rozier basically asked out and Ainge could secure Kemba in a sign and trade.

With the way he’s been playing with energy and making game changing and most importantly momentum changing plays on a nightly basis, I would put him fourth on the untouchable list behind the Jay’s and Marcus Smart. Rob looks as though he could really be part of this core that could lead to a future title run. Let’s compare him to a couple other late 20’s draft selections who he has often been compared to coming into the league, Rudy Gilbert and Clint Capela. Rob is a couple inches shorter than each but his leaping ability more than makes up the difference. They each played different minutes in their third NBA seasons so I’ll compare the per 36 minutes production. These statistics are all the third season of each of their careers;