What is going on with Jeff Teague? 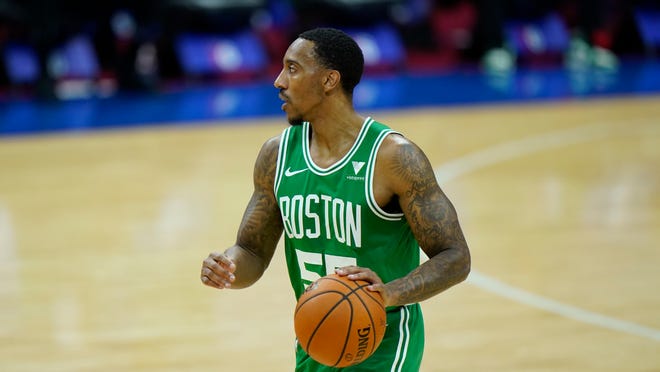 Last year, the Celtics player who fell the most victim to hate was Enes Kanter. I can’t say that it wasn’t justified because he was a really bad defender. This year it has been Jeff Teague who has been getting all sorts of negative attention. He was supposed to be the veteran to score off the bench, but so far this season he looks like a washed up version of himself. I’m not saying that won’t change, but it’s been a tough start for him.

He’s been such a tease for us Celtics fans because the first game of the season against the Bucks he scored 19 points, going 4-4 from three and he made a huge steal toward the end of the game. That was promising. At that moment I thought, “hey, maybe he can fix our bench scoring problem,” but no we’re a quarter of the way through the season and Jeff Teague hasn’t even got near that level of play since the Bucks game.

It’s incredibly weird for a person to shoot 42% from three but still shoot 33% from the field, but Jeff Teague is doing it. It could be because such a large part of the Celtics game plan is to make open mid range shots, and Teague is obligated to shoot those shots more. Unfortunatley, he isn't great from there. From 3-10 feet he is shooting 37%, from 10-16 is 15% and from 16-3P is 7%. This is something he can certainly fix if he gets hot. That's a BIG if though.

For any of you who don’t trust stats completely, there is more evident proof that to see that Teague isn’t playing to his potential. On the offensive end, he has been looking very indecisive which causes him to hold the ball for a longer time and then slowing down the offense. Then there are times where he decides that he is going to shoot and he ends up forcing a bad shot like this one:


In this play he barley gets a step on Horton-Tucker, but then just walks into triple coverage. It just didn't seem like the veteran thing to do because it was early in the shot clock, plus he had options on the three point line. He should've known that Thompson was rolling off the pick and going to the paint, bringing Harrell with him. With Lebron inched inside as well, Teague had like no room to work with so I don't know why he even bothered with that shot.

Defensively he has been better than I expected, but still not good. He will get a momentum shifting steal every once in a while, but I don’t think that’s because of good defense. I think he is sometimes good at predicting where the ball is going to go next, so he jumps in front of it for the steal. That is a risky type of defense because when he misses that steal then it usually looks something like this:


He overcommits to the ball and lets his assignment get the step on him. When it works it’s great, but when it doesn’t it is costly. I hope that isn’t something that they are teaching because I do see Tatum do that a lot and the same thing happens to him when he fails to get the turnover.

I see three ways this Teague situation plays out: 1) he will get better with time and become a somewhat useful piece to the bench, 2) he continues the poor play, the Celtics move him in a trade because he has a small contract, 3) he continues the poor play, Celtics don’t move him at the deadline but we get a player/players who are more useful and the Celtics cut Jeff Teague. The Celtics can't afford to have a vet playing as bad as developing young players.

The thing with the Kanter hate last year was that he was dreadfully bad at defense, but as much as people didn’t like him, they knew that he had actual value in the rebounding and offensive categories. Teague doesn’t really have any value when the team is fully heatlthy, but right now we need him with Smart out, so here’s his chance to prove his value. Last night wasn’t a horrible showing from him, but still not quite what we’re looking for. Tonight, there’s a good chance he starts if Kemba rests, so let's get mentally prepared for that.

Also, vote for Jaylen Brown to make the All-Star game.

RT to make this guy an #NBAAllStar pic.twitter.com/rFDn4Xh6jI