Video: Larry Bird hits the first 3-pointer in NBA All-Star game history on this date back in 1980 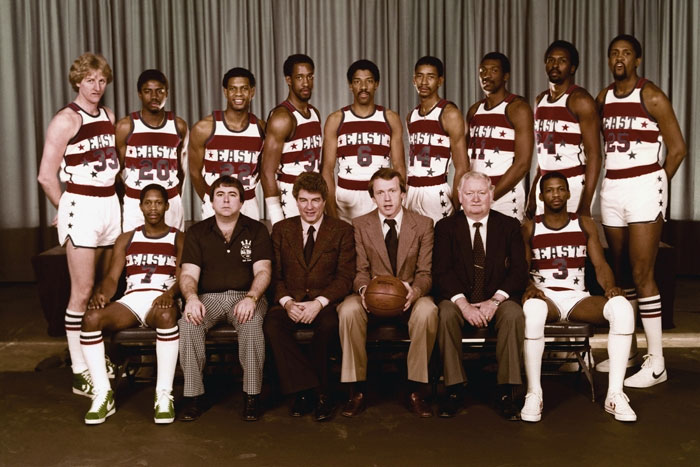 Whenever someone tries to compare Bird's stats to someone playing in the modern NBA, please remind them that there was no 3-point shot in the league while he was growing up or in college. Teams rarely used the 3-pointer during Bird' career. James Harden for instance attempted more 3-pointer in the past two seasons than Bird did in his career. And last year was a shortened season at that!

If Larry Bird had grown up in the 3-point era imagine how many more 3-point shots he would have put up in practice? He would have perfected the shot. His 3 point percentage would have tremendous and his career totals would be higher (You know because 3 points are greater than 2).

Sorry for the tangent, but it's frustrating when someone tries to diminish Bird's stats next to a modern player like LeBron or Durant when you're comparing apples to oranges. Hand checking isn't allowed nowadays, travel rules are more lax, and players grow up practicing shooting 3-pointers and not long 2's. If Larry had gotten to attempt thirteen 3-pointers a night (like Harden) you best believe his stats would be even greater.

Here are some more highlights from the 1980 NBA All-Star game (filmed from the moon apparently):