Celtics let win slip out of their hands in Sacramento 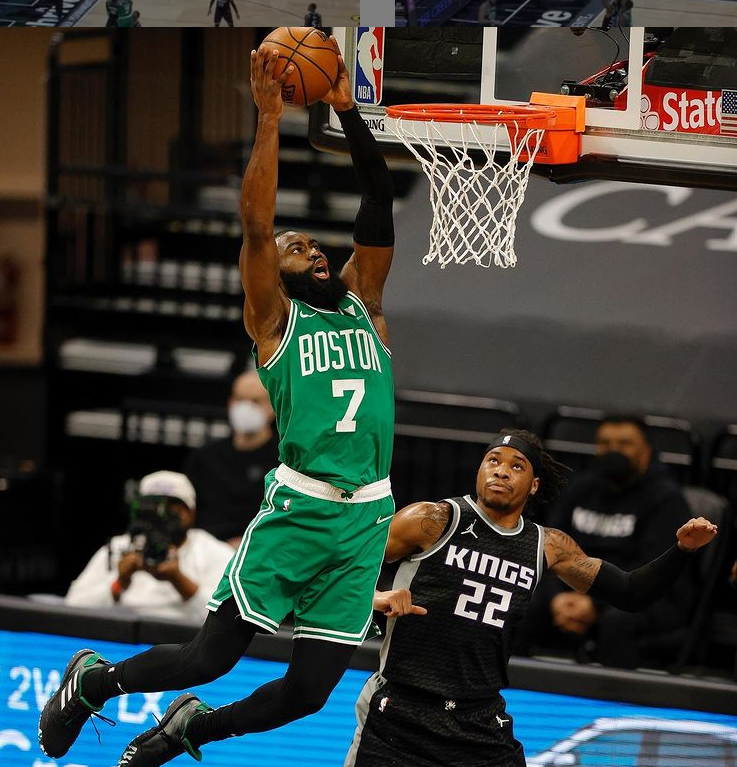 The Celtics will leave Sacramento with a tough loss. The shorthanded Celtics fell 116-111 to the Sacramento Kings. Sacramento battled until the very end as they clawed back into this game every time the Celtics looked like they were starting to pull away. This is not the way we wanted this to end before a game against the Clippers. Although they are dealing with a few injuries, this was very much a game the Celtics should've won.
The Jays both had good nights per usual. Jayson Tatum ended this contest with 27-9-10 as he finished just a rebound away from his first career triple-double. I wouldn't doubt that Tatum will get triple-double number one of his career pretty soon, but his performance wasn't enough against the Kings. Jaylen Brown had 21 points with 3 rebounds, and 4 assists. A great play was drawn up for JB to tie near the end of regulation, but a smart foul by Sacramento put an end to that play. Tatum got off one last prayer in the final seconds, but it didn't fall.
Tristan Thompson had a solid game. He had a double-double as he got 17 points, and 10 rebounds in just 22 minutes of playing time. 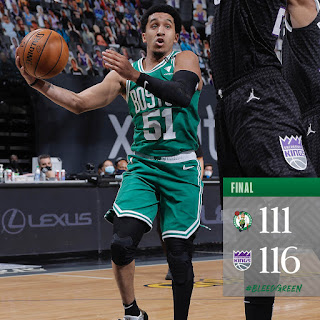 The Kings' young guards looked pretty good tonight. De'Aaron Fox had a double-double this game with 26 points, and 11 assists. The 23 year-old has been having a solid season averaging a little above 22 PPG, and 6 APG. Another guard who has a bright future is their rookie Tyrese Haliburton. He had 21-3-4 in this one off the bench to get his career-high in scoring, and help get the W. The rook doesn't lack the aggressiveness and the confidence that'll set him up for a pretty successful career. Harrison Barnes filled up the stat sheet as well against Boston as he had 24-5-6.
The Celtics will stay in Cali as they take on the Clippers Friday night in LA. This will be a huge test as we play PG and Kawhi. Kemba should be back so we'll see how this one goes. Going to be a tough one.
Read more from George Dimis HERE!
Follow me on Twitter: @GWDimis