Reflecting on the Celtics struggles 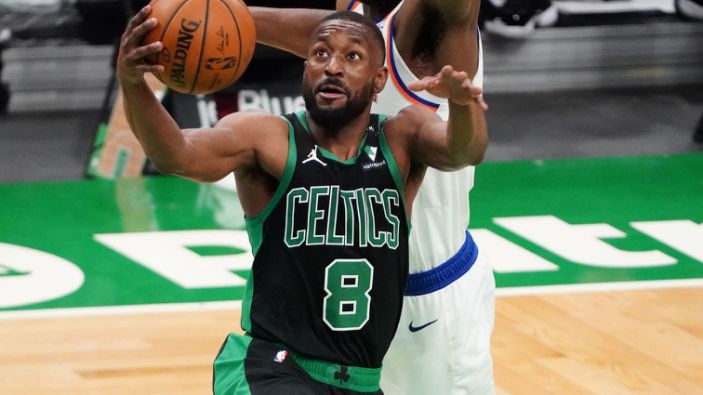 After the Celtics lost against the Jazz on Tuesday night the Celtics move to 12-11, finishing the road trip at 2-3 and losing 6 of their last 10. Somehow they still currently hold on to the four seed and are half a game back from the three seed, but the middle of the East is so close right now that if the Celtics lose like two more games in a row then they can possibly be the eight seed. Three more games in a row and they could be out of a playoff spot.

So yeah things could be going better for sure. This road trip made it pretty clear that the Celtics can hang with any team until the end, but they can’t find ways to win. Against the Kings the Celtics blew a lead but were within 1 with 1:06 left, against the Suns they were within 3 with 1:04 left and against the Jazz last night they were within 4 with 3:10 left in the game. Games have been close all year for the Celtics, but in a lot of them they just haven’t been able to pull away.

The easiest person to blame for the Celtics struggles recently is Kemba Walker. He’s had a couple decent games so far, but his poor shooting has been a serious problem. He has been 6-32 in his last two games, hitting one singular shot inside the three point line. I’m glad he’s able to move around like he used to be able to, but his game has become super predictable. It’s either a pull-up three of a high screen or a step-back mid-range. He got blocked four times yesterday. Four. The Jazz defense is elite and all that but it’s not like the blocks were all at the rim, they were at the spots where he usually scores from. Honestly, I feel like Kemba gets blocked like two times a game anyway. It’s a combination of his height and not being able to gain enough separation. Whether Kemba’s healthy or not, teams with good defensive centers who can contest his mid-range shots can take Kemba out of games.

Although Kemba takes tough and predictable shots, we’ve seen him shoot well before so I’m sure he’s going to eventually get in a groove. There’s still so much time in the regular season that getting worried about his shooting struggles this early just isn’t worth it yet. As long as the organization still has faith in him then there’s nothing else we can do besides hope for the best here. It has been disappointing though and offically concerning. He will probably have to change up his game a little bit to see some positive results.

Brad Stevens stresses belief in Kemba Walker, said how important he is to the Celtics: “I really, really believe that he will be that guy.”

The fact that the Celtics are able to get close to winning mostly every game but can’t do it is so weird, but you can’t help but think that Brad Stevens is a big part of the issue. The reason I would be upset with Brad Stevens as a coach is mostly because of how the defense is playing. We have basically the same roster as last year, but this year we can’t play defense? That doesn’t quite add up. He also doesn’t bring the extra energy that the team might need at the end of games. He’s never been able to do that and it could be the reason why he is able to get out coached at the end of games. I’d also criticize how he throws in some ugly lineups at times, but this has been a difficult roster to deal with. There’s been constant injuries to key players, he has to deal with rotating three centers who all deserve playing time and he has too many young guys that are trying to develop. That seems impossible to deal with. He’s not on the “hot seat” yet in my opinion, but he does need to take control of this team and get back to that disciplined Celtics basketball that we know.

I’m throwing Kemba and Brad under the bus here just because they have been the easiest targets during these last 10 games. The reality is that there isn’t just one person to blame for the struggles lately. The whole team just hasn’t been able to get in a groove since COVID-19 hit them. Honestly the fact that the Celtics have been able to hang in most games despite playing mediocre basketball and without a healthy core all season is a pretty good sign if you ask me. It sucks right now that they can’t put together strings of wins, but I don’t hate how they are playing. Making a trade or two is starting to seem like it is more of a necessity rather than something we want because there are too many loose pieces. Also I hate to be that guy, but officating has been dicating games way too much recently. Im getting sick of their shit, I just want to watch basketball.

I can see why everyone is upset with this team right now but why can’t we just let them get their shit together? They have played 23 games, and the core four have played 28 total minutes together. I'm not saying that we're for sure going to go far in the playoffs, but there's no reason to be stressing out this much yet. We barley know what this team looks like at their full potential, plus a trade will likely happen. The Celtics get doubted at some point like every year, but they have still made the ECF three out of the last four years. I personally like when the Celtics become more of underdogs anyway, it suits them more. We know what this team is capable of, we just gotta be patient unfortunately.

Despite Jaylen Brown returning from a two-game absence, we weren’t able to get it done tonight against the Jazz. pic.twitter.com/KJaU1F1rUa