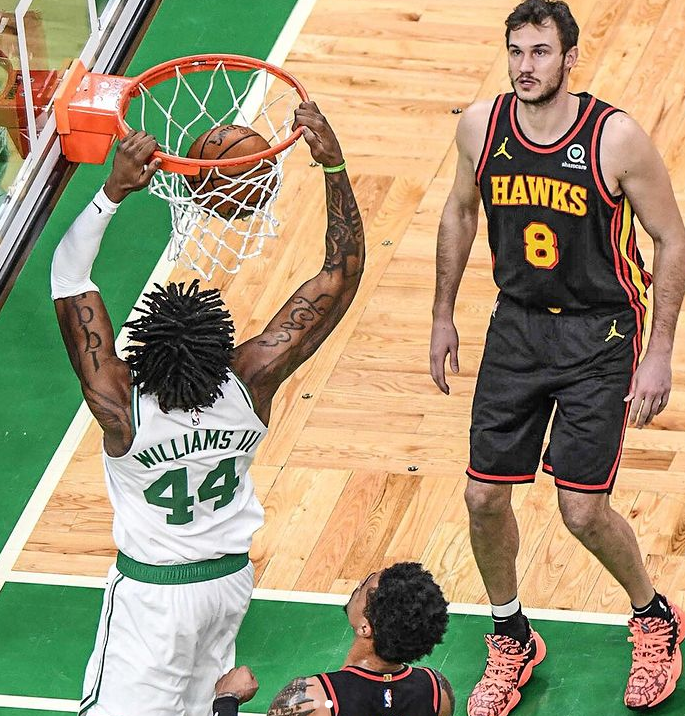 Celtics get a nice 121-109 against a team they just recently struggled with. This was a whole different story than their game against Atlanta Wednesday night. The Celtics stay above .500 as they now improve to 15-14 on the season.
Jayson Tatum had a way better outing tonight as he finished with 25-8-6. There were no shooting struggles for Tatum as he shot 10/21 from the field. Jaylen also did a great job filling up the stat sheet as he had 17-4-6 against the Hawks. The Jays had a great night, and it resulted in a win since they were finally able to get some help tonight.
Kemba Walker started this game on fire. He finished the first half with 20 points, and ended with 28 to go along with 5 rebounds, and 6 assists. He shot 62% from the floor, and was also able to come up with 3 steals on the defensive end.
Tristan Thompson and the Time Lord both had solid outings. Robert Williams had 12-7 in 16 minutes off the bench. Robert also had 4 blocks, and 2 steals while Thompson finished with 17 points on an efficient 8/9 from the field. Daniel Theis also had 14-8 against Atlanta as it was just an all-around great night for the Celtics' bigs. 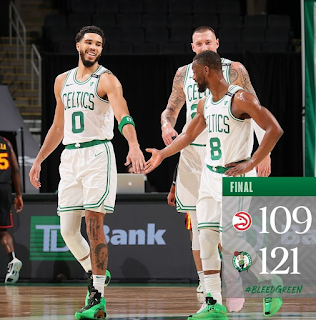 For Atlanta it was Trae Young and Clint Capela leading the way for the Hawks. Young had a double-double with 31 points and 11 assists. Clint Capela also had a double-double with 24 points and 15 rebounds. The Hawks really struggled tonight, but those two were the only ones to give Boston trouble.
The Celtics had a small scare at the end of this one, but it was a great win regardless. Only thing I can say is play Robert Williams more! Kemba looked great and did exactly what they were supposed to do against the Hawks. The Celtics now play Zion and the Pelicans Sunday at 3:30 in New Orleans.
Read more from George Dimis HERE!
Follow me on Twitter: @GWDimis