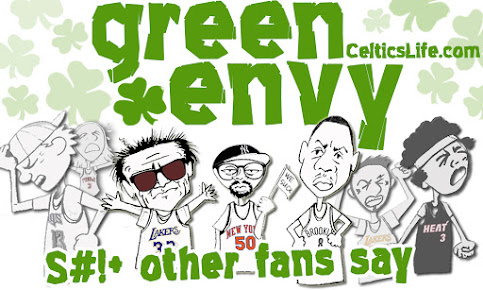 The Celtics got back to their winning ways behind big nights from Jayson Tatum and Jaylen Brown, though not in their usual loud scoring ways. The Fire and Ice duo combined for 19 assists, easily their highest totals in any one game together. Most of those assists were to Semi(S3mi) Ojeleye and Payton Pritchard(FastPP) who both had marvelous showings with 6(!) threes EACH shooting 12/18. 🔥 Of course no team would enjoy a rookie and what amounts to a nobody torching them in that way, so let's see what bile the Raptors came up with after having to stomach yet another loss to the Beantown Boys!

They really hate Baynes by the way...

Baynes is an embarrassment to his country and the game of basketball.
Could Baynes be our worst signing the last hmm....5?....7? Yrs
no but seriously, FUCK aron baynes. he is single handedly making this team dogshit. can he at least pretend to care?
-He seems like he cares, he’s just not that good.
We should have cut baynes not len. Just trade him for saltine crackers or sumthing man. Please.
I aint gonna be here march 4th lmao fuck that. This team is scared of Boston. You cant convince me otherwise.
Kyle at center would do a better job than baynes
Its still so fucking crazy to me that Kawhi couldn't run it back for one season. One season. That's it. Sign a 1 and 1, player option. You won a fucking championship, and dipped, just to end up in Orlando in the bubble with everyone else. I think any other superstar stays for the minimum of 1 season, and we just happened to win it with probably the one guy who wouldn't.
in practice, saying “Let Ojeleye and Pritchard beat you” sounds like a good plan, but when it’s actually happening it’s pretty sad
FVV played like ass wipes tonight wth is 5 points.. but the true scapegoat is Baynes.. FVV averages more blocks than him loool
I ship Nurse and Stevens tbh (oh?)
why doesn't watson get more minutes? i feel like we only see him during garbage time (Maybe because he's garbage? I dunno)
If this doesnt convince u that we need Drummond asap then ur delusional.
-You would have to trade Lowry, and we all know Lowry is MJ in the flesh. (Does every team have an 'MJ in the flesh?')
16pts in 20 seconds maybe lol, you never know?? (That's the spirit!)
Can we get Baynes back out so my man Tacko can EAT
(The only Celtic I like)
Whatever
Fuck these refs, Fuck the Cs, and fuck Segababas
See yall Sunday
Tacko Fall kinda cute (Tacko is everything good)
Holy fuck, they play Tacko againt us. We are a G-League team tonight.
Tackle fall for Baynes (We'll give you $3)
Celtics are the new LeBron for the raps.
Let’s be honest I would be better at centre than baynes (I’m 5’11) upvote if u agree (All of Australia vs one 5'11 boi)
Siakam gets 7 in the quarter in like 4 minutes and then we decide run all our offense through Baynes...
We no longer claim @BaynesFansClub (WOOOOWWWW I love this twitter though)
its cool, we get a higher draft pick atleast!
This sub wants to make the playoffs. This is a preview of what's going to happen in the 1st round
I never check Raptors tweets after Celtic games
Raptors need to make a “don’t pass to Baynes in the fourth” pact
It’s always Boston. I hate Boston. (Awwww we hate you too!)
Mybad guys and girls I shouldn't have watched this game.. Whenever I don't watch the Raps win (Haha, I have a friend just like you)
I am prepared for Payton Prichard to completely fuck us for the rest of his career.
Hey, this is my first nba game I've seen.
How do the cletics manage to have some of the nba's greatest 3 point shooters in Pritchard and Ojeleye?
Kinda sus but im glad they have to carry the celtics weaker players (Tatum, Brown, Walker) (LMAOOOOOOOOO I LOVE THIS SO MUCH)
I actually hate Prichard
Out of all the teams we have to face at the end of a 6 game road trip, it had to be Boston smh
Does anyone know the last time we won a regular season game against the Celtics? What year?
Pritchard looks like sid from toy story (He DOES)
Anyone else tired of Pritchard's shit
WHY IS DABABY GETTING FOUL CALLS (YOOO Y'all Raptors fans are FUNNY tonight!)
Stupid sexy Tatum (What a ride this comment was)
Brad Stevens complemented our team today and we're getting torched. I swear the man does it on purpose, some kind of voodoo wizardry. Still like the guy though. (I see the attempt that was made for the reversal haha)
Why do random bums always go off against the Raptors? Why?(Every Celtics team in the past 10 years or so would like to raise you)
Keys to the Game
-Stop it
-Get some help
Also I just wanna apologize for the lack of Green Envy posts this season! I took a vacation and got stuck out of the country without a proper setup for about 2 months and then school + work took over the duties of being the major suck in my life. But I'm back now and hopefully have many more Envy to write!
Follow me on Twitter for more of my mind! @Serendiptious or Instagram for more of my face! serendipity_maybe.