Kemba, Semi, Payton and their 17 3-pointers lead the way as Celtics defeat Raptors 120-106 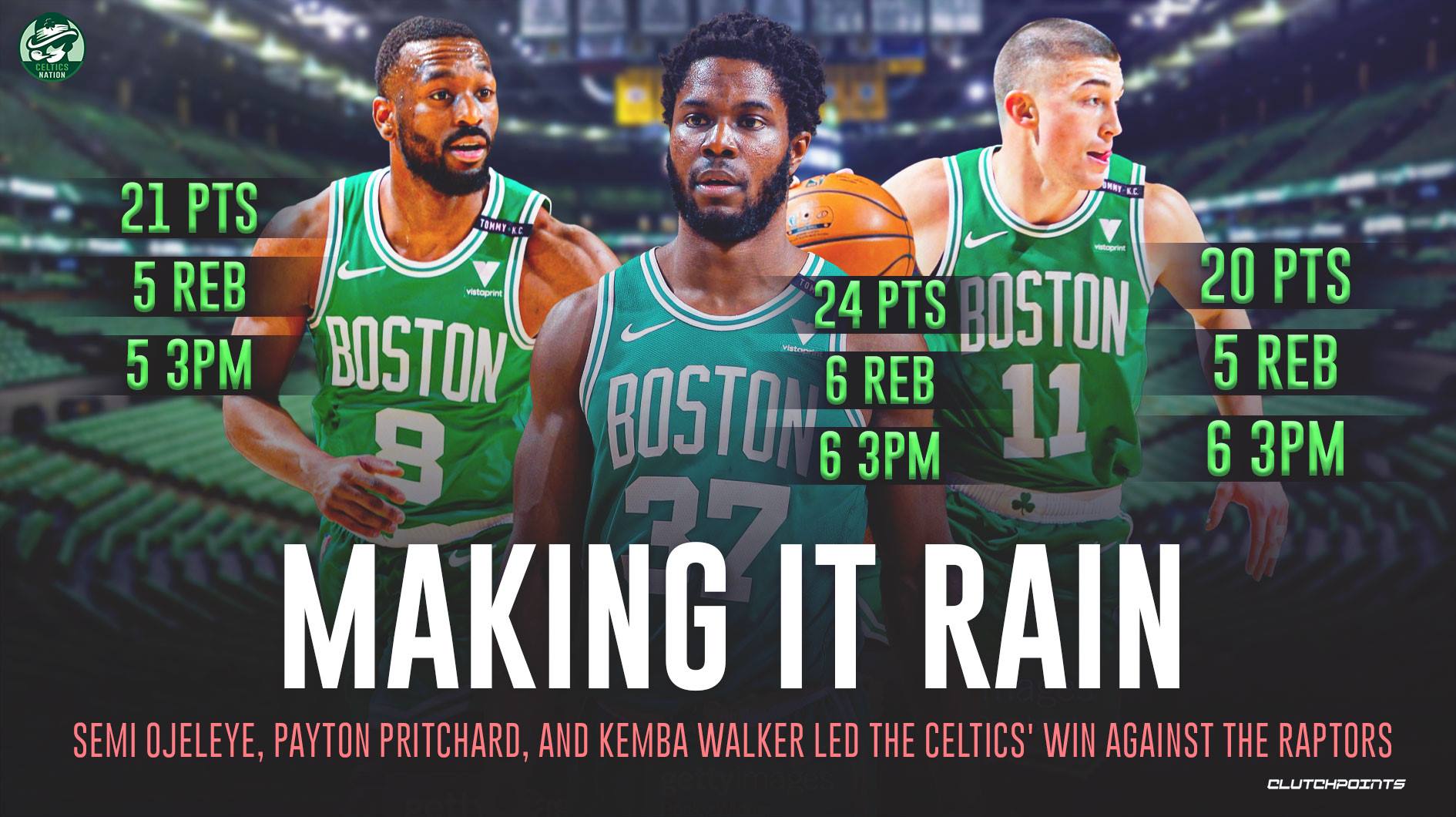 Talk about a Boston 3 Party! Kemba Walker shot his way out of his slump, Semi Ojeleye exploded for a career high 24 points and the rookie Payton Pritchard continues to polish his historic rookie shooting percentage (47% on 3's for the season!). The seventeen 3-pointers by those three were too much for the Raptors who must be getting tired of getting beat by Boston. The Celtics hit a total of twenty 3's for only the 5th time in their history. of course the other four occasions all occurred in the past couple years as well since the NBA has gone 3-point crazy. But when guys are hitting the shot at the percentage they are, can you blame them?

Semi Ojeleye had himself a night pic.twitter.com/0ykxyt70fY

The Celtics picked up the W despite a rare pair of off nights by Jayson Tatum and Jaylen Brown (check the box score below) shooting. This is the first time this season that someone else besides the Jay's led the Celtics in scoring. Welcome to an exclusive club Semi! Tatum and Brown did combine for 19 assists, which is a great sign leadership wise. When your shot is not falling, "assist" your teammates' scoring.

Not saying Pritchard is the G.O.A.T*, but when Stevens decides to go with Pritchard over a healthy Kemba in the Finals this yr that will be the basketball equivalent to Belichick sticking with Brady over Bledsoe correct?

*Not not saying it either https://t.co/eETezZHsIZ

Kyle Lowry and Pascal Siakam led the Raptors in the losing cause with 24 and 23 points respectively.

Coach Stevens when asked at what point he knew Payton Pritchard would be able to contribute at a high level: “The second or third day he was here before training camp started … You could tell he was pretty advanced.”

Brad Stevens said the lack of ball movement and the inconsistent defense have kept him up at night. He wants to string together a couple of weeks with plus ball movement like tonight. 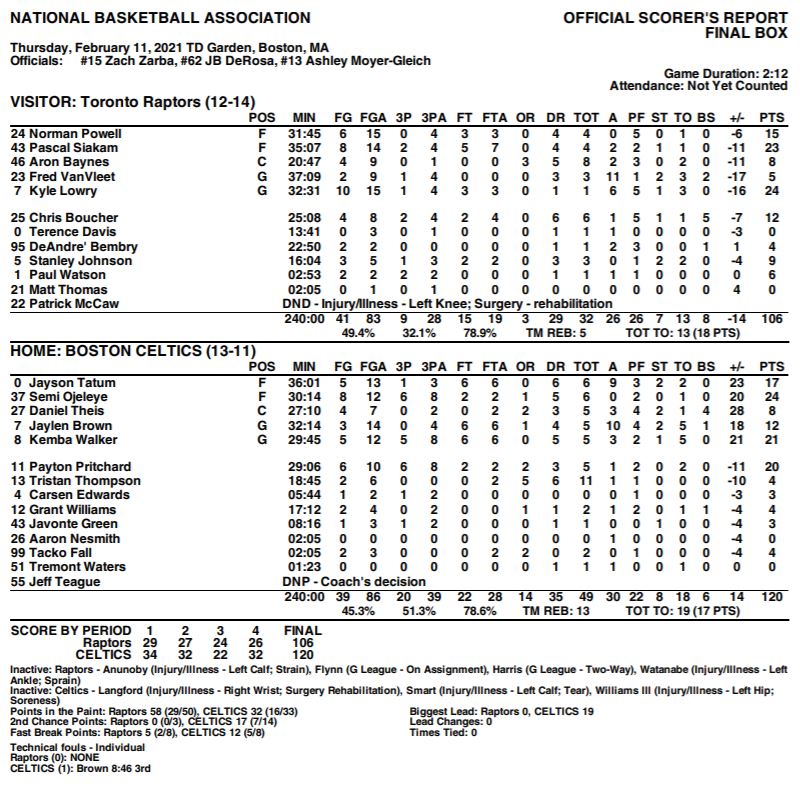