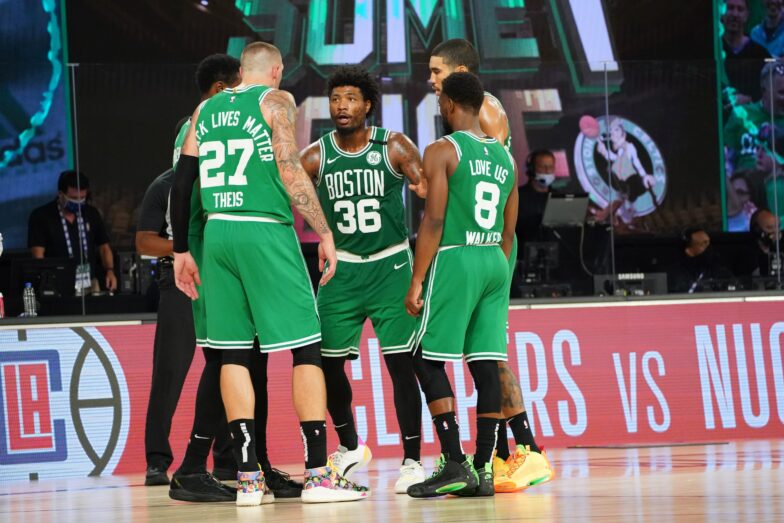 In the midst of last year's Eastern Conference Finals with Boston down 3-1 to the Heat, I made a poorly received Reddit post suggesting that Boston could regret that series for decades. The basic gist was that Boston had just blown their first genuine path to the Finals since 2010 (KG's gem made 2012 fun, but I never saw that as a serious contender). The Jays had undeniably bright futures, but I pointed to the 2012 Thunder as an example of a team with "unlimited potential" making the Finals (with 23 year old Durant, 23 year old Westbrook and 22 year old Harden) never to return.

My fear was that with Hayward likely opting out to sign elsewhere (an unpopular stance at the time) and the East potentially getting better, we may have messed up our best chance in the Jayson Tatum era to win a title. Before you know it, the Jays could hit free agency and go the way of that early 00s Thunder team.

It was reactionary. Truthfully, I was hoping a little reverse jinxery would get Boston back in the series. But alas, 26 games into this season it appears my doomsday fear-mongering is seeming more and more prescient. Here we are hovering with an underwhelming .500 record. Hayward's now in Charlotte just a half game behind us potentially setting up a hilarious 4th/5th seed 1st round playoff series against us if things continue on this trajectory. As feared, teams like Philly and the Bucks have made important improvements. The nightmarish Brooklyn Nets are gaining steam around their 3 prime Hall-of-Famers. Things are looking bleak.

Despite all of this... honestly... I'm not worried. Call me a serial contrarian, I guess. I think we'd all be wise to take some of the advice of the fans who downvoted that Reddit post of mine and remember we are still a promising young team built around two budding stars with incredibly bright futures. I still think we'll be fine.

On paper, barring injuries, we still are likely going to end up better than last season's team come playoff time. As an exercise, I think it would be helpful to compare last year's Eastern Conference Finals team to this roster. Let's do this in a very methodical way going down that roster one by one sorted by minutes played and see where we stand.

There you have it. That was our top 9 guys during last year's playoff run. We also got some insignificant minutes from Semi and Kanter (both about 9mpg with several DNPs), but our core 9 were the above. You'll note that in the cases of Tatum, Brown, Smart and Kemba, all of them had typical playoff minute bumps that you should count on seeing again.

The bottom line is that come playoff time, we have all the tools to be better than we were during last year's playoff run.

So where do we go from here?: We're obviously struggling right now. Some of this was an expected result of embarking on "showcase season". We've predictably spent the first half of this season playing with line-up configurations and getting close looks at our bench of talent. If our only goal was to win regular season games, we'd probably be seeing a tight 8 man rotation mirroring last season, but "wining regular season games" isn't our only goal right now. Players like Semi (18.6mpg), Grant (19.5 mpg), Javonte Green (15.5mpg) and even talent like Edwards (10.8mpg) and Waters (10.6mpg) have gotten opportunities either to earn long-term roles or showcase themselves as viable trade assets. For the most part, they've all shown signs of improvement that could result in them being desirable throw-ins in larger moves. Of course, this inconsistent rotation with sporadic minutes makes it difficult for the team to get into a rhythm. You should fully expect that to change in the second half of the season and after the trade deadline as we settle on a core line-up.

We will likely look to clean up this rotation late next month. Romeo Langford remains a key question mark. Despite the rough start, Aaron Nesmith remains a wildcard to get in a groove. Can one of these guys prove to be a key contributor late in the season? I could see the team moving one or more of the bigs alongside some of the expendable young talent as part of a move to acquire a solid switchable wing (we only need to replace the underwhelming minutes Hayward played in 5 playoff games). The TPE has been talked about a ton at this point, but it remains a real path we can use to make an immediate and tangible upgrade to this team.

Bottom line:  Even without a major move, we still project out as a better team than last year's ECF participant. We have several ways to improve this roster that could push us even further over the top