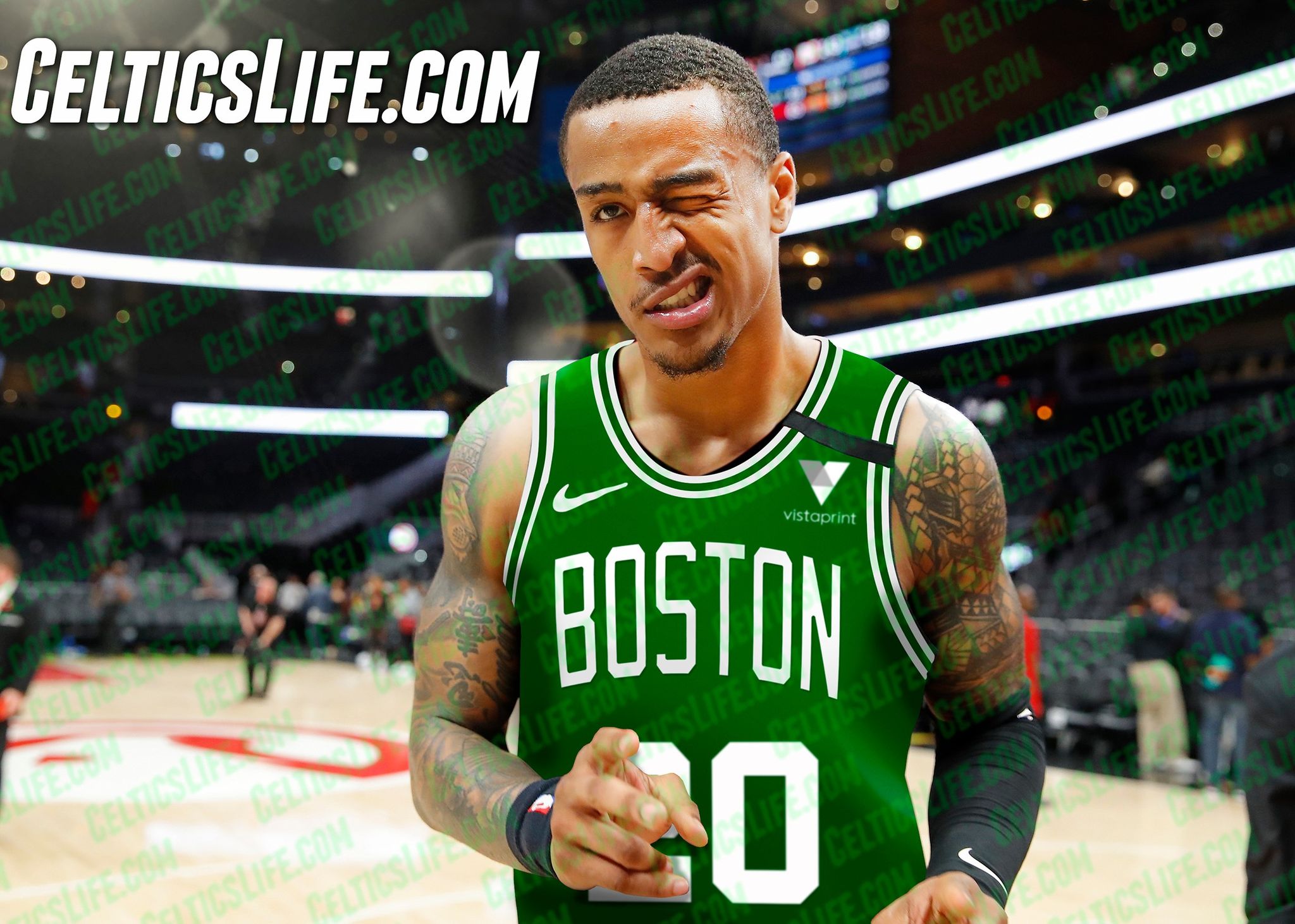 Been high on the list for a while with the #Celtics TPE. Bring John Collins to Boston. https://t.co/dnTMCFS2nW

If the Celtics' owners are willing to spend to have a championship team moving forward, John Collins is the guy they should be eyeing. I mentioned him as an ideal trade target prior to the draft and then free agency. And when the Hawks signed about twenty free agents this offseason it was only a matter of time before they would be willing to listen to offers.

The moment the Hawks traded for Clint Capela to be their center of the future last season that opened up the possibility that they'd move Collins. It's just not good salary cap/roster management to pay two big men large salaries in the modern NBA. The Hawks chose Capela or maybe they figured if they could get Capela without giving up much ,they could then flip Collins for something more.

Personally I'd much rather have a 4 like Collins, who can pass, rebound, block shots, and shoot inside and past the arc. You can play Collins next to any of the Celtics other bigs and have no issues. Or you can play Collins as your small ball 5. The Celtics didn't really make much of an effort to go after Capela last trade deadline. Maybe they were scared off by the injuries or the contract. Maybe they thought Robert Williams could become their Capela, but for much cheaper.

I really don't think Danny wants to have any traditional center on his roster who makes $20 million or more. Or maybe even $15 million or more. That would explain his alleged disinterest in Myles Turner as well. Collins on the other hand is a big man who doesn't come with the cons of playing a big man. He can switch on defense on to anyone, and he won't clog up the lane. Age wise he fits perfectly next to Jayson Tatum and Jaylen Brown.

Will he get a massive contract this offseason? Yes. And people will say he doesn't deserve that much. And they will be right in the grand scheme of things. No athlete deserves to be making tens of millions a year. No actor does either and they can make that for one movie. And to be honest I'm a little bit tired of seeing Celtics writers laugh at teams "overpaying" Terry Rozier's and Gordon Hayward's while we settle for smaller short money contracts like Tristan's or Teague's.

You shouldn't lose a very good player for nothing. The Hornets didn't have to give up even one asset to add Rozier or Hayward. It's worth it to pay a little more to add a player without sacrificing assets. And guess what? Production wise both Hayward and Rozier are living up to their contracts. And much more so than Kemba Walker so far. All the writers and Danny Ainge fan boys who mocked Michael Jordan for letting Kemba go and overpaying Rozier and Hayward look pretty foolish now.

You need chemistry so some of these guys had to go, but the Celtics have lost a lot on individual talent the past two off-seasons. Lots of guys have left and only Kemba Walker has been added. There's addition by subtraction, but that's a lot of subtraction. In the summer of 2019 the Celtics let go/lost Kyrie Irving, Al Horford, Terry Rozier, Marcus Morris and Aaron Baynes. And then this past offseason Gordon Hayward. That's a whole quality starting 5 of players with a top notch 6th man to boot. So now it’s time to get some more talent on this Celtics team. And yes it might mean paying more in the luxury tax, but I think Celtics fans deserve it. Besides with the skyrocketing value of NBA teams, the Celtics owners will eventually cash out with a tremendous profit.

In terms of what the Hawks would be willing to accept for Collins, I'm sure their initial asking cost is going to be outrageous, so don't expect a deal until closer until the deadline once it's come down to something more realistic. I've noticed in the comments section that some commenters don't like when we propose realistic trade proposals. You know the ones that wouldn't make the other team burst into laughter and hang up. But there will be several suitors for Collins and honestly I'm not sure the Celtics have the assets to get a deal done. They wisely aren't trading Jayson Tatum or Jaylen Brown, but then there is quite a drop-off in talent. I could see the hawks wanting Marcus Smart in a package, but would Danny part with him? And fans would go bezerk.

Let's say you don't want to give up Smart, then I suppose even with Trae Young, Payton Pritchard would be the most desirable return for Atlanta. You see this is difficult. The Celtics don't own any draft picks which have top tier value. Could you get Collins for Nesmith and a couple 1sts that project to be in the 20's? I mean that's basically three first rounders so Atlanta shouldn't scoff at that. If Robert Williams didn't just pop up with another hip injury, maybe the Celtics would be willing to part with Theis if the Hawks asked. Or Tristan Thompson for that matter.

I think to any Collins trade to the Celtics is first the Boston front office has to be in agreement that they will give his contract in the offseason. Then they can move on to compensation. At that point the main obstacles will be if the Hawks get offered a player the Celtics can't compete with or it's true that teams just would prefer dealing with another head of basketball operations than Danny Ainge. So a few obstacles here, but Collins is worth it.