Will experts bet on the NBA MVP potential of Jayson Tatum? 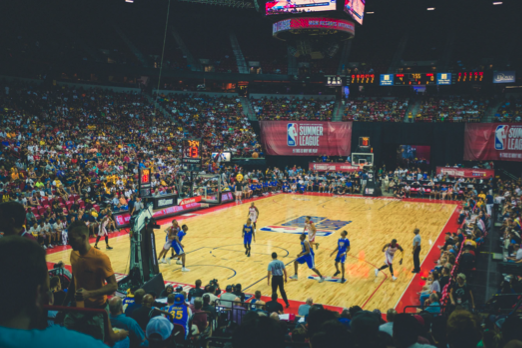 The NBA is coming in fresh with a new season to start the year, and this time, it’s filled with so much greatness, coming from Boston Celtic rising superstar Jayson Tatum. We know you have already heard his name in every sports corner, which is crazy if you haven’t. Jason Tatum has been acing his NBA basketball career ever since he was drafted in 2017.

After three crazy years from his draft season, Tatum fills every sports column because of his playing capability. News about how he continues to flourish inside the court and surpass every rookie threshold can be founded anywhere. This is why there are many speculations of him joining the league as one of the NBA MVP hopefuls.

But will his current playing style pave the way to achieve that major career success? What do the experts say? Will it be enough to keep both fans and experts to bet on him?

It's undeniable that many basketball enthusiasts will speculate on Jason Tatum’s NBA MVP candidacy. His current playing records are off the charts for a player in his third year. But let's take a step back and look at Tatum's humble beginnings before he joined Boston Celtics and before the buzz around him as an NBA MVP potential.

He started his NBA career with flying colors. During his debut-game against Cleveland Cavaliers, he recorded a double-double with 14 points and ten rebounds. It was Tatum's first time on the court as the team's starting power forward. Though the Celtics lost the game against the Cavs, the match against the New York Knicks was rewarding. Tatum recorded a season-high of 24 points, marking and showing his greatness on the court.

It was the first of many revelations of how Jayson Tatum dominated the court. Continuing into his second year, he continued his substantial strides in the NBA, ensuring that the Celtics will come into the court strong. But even with his flourish runs and outstanding record scores, Tatum fell short against Sixers’ Ben Simmons as he nagged the Rookie of the Year Award in 2018.

What The Experts Are Saying

The loss of the Rookie of the Year Award wasn't a game-changer for Tatum as he continues to make history in the NBA. His numbers are overwhelming and impressive. According to many experts, he keeps exceeding and surpassing boundaries at his young age. Tatum sets himself apart from his predecessor and joins an elite team the NBA has produced.

Not only that, but he made history during his NBA debut game, where he recorded the same double-double as Larry Bird in 1979. It was then that many fans and experts continue to compare and match Tatum and Bird's NBA career.

Experts noticed how Tatum developed his playmaking. After three years of playing in the NBA, Tatum is steadily improving his playmaking capability. His quick yet straightforward floor decision-making is sometimes overlooked but is used by the Celtics to their advantage.

His observation skills are improving as well, keeping a keen eye on every corner of the court. Moreover, he added more vital defense tactics to keep the ball in their possession. He is showing top skills as a ball facilitator.

These outstanding remarks about Tatum resulted in him being one of the best candidates as NBA MVP this season. Many bettors are checking FanDuel to continually see how the MVP odds are moving, and it seems like Tatum is sitting comfortably at the 9th spot.

However, it’s the only award Tatum is contending for. He is also ranked 4th in Kia's Most Improved Player of the Year, joining Doncic and Adebayo in the roster.

Jayson Tatum and the Boston Celtics are dominating the Eastern Conference with a 7-3 standing. Behind them are the Milwaukee Bucks, headed by Giannis Antetokounmpo with an 8-4 standing, and the Sixers with Ben Simmons in 8-4.

It will be bloodshed in the Eastern Conference with these top 3 competing teams. One thing Jayson Tatum must do to secure his position in the MVP roster is to place the Celtics in the top-two seed. It will be a tough season for Tatum, but this young protégé is something to look forward to.

Jayson Tatum started his NBA career with a roaring sound. He has been blowing his horns loudly, successfully catching the attention of many fans and experts. He shows progress and improvements and achieves something that many enthusiasts did not expect for an NBA player in his age. In his third year in the NBA, the MVP candidacy is one of its highlights. It's just exciting how this young player will dominate and lead the Celtics to win the MVP trophy.