Jaylen Brown has become an "untouchable" 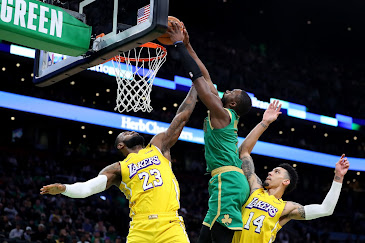 In the NBA, good teams typically have at least one player that is considered to be “untouchable,” meaning under no circumstances should that player be traded. LeBron James and Anthony Davis would qualify for the Lakers. Giannis Antetokounmpo would qualify for the Bucks. And Jayson Tatum has been “untouchable” for the Boston Celtics. However, the Celtics should now recognize that they have two untouchable players on their roster; the second being Jaylen Brown.
Brown is now in his fifth year in the league, and the first year into his 4-year $115 million contract extension that he signed in 2019. When this extension was first announced, many were quick to scoff at such a large contract, one that would pay Brown over $20 million a year, especially after he saw both his scoring and efficiency decline in the 2018-2019 season. However, since Brown signed the extension, he has shattered expectations and greatly improved - so much so that his contract would now be considered a bargain deal.
After both Kyrie Irving and Al Horford left Boston in the 2019 offseason, Brown was given a more involved role in the Boston offense. He responded by averaging 20-6-2 on 48-32-72 shooting splits for the 2019-2020 season, and was one of the biggest snubs from the All-Star Game. Brown had demonstrated that he could live up to the expectations of his contract extension, and fans were happy to see that Brown could be a great second option to Jayson Tatum.
Entering the 2020-2021 season, many predicted the Celtics to have a slow start to their season. Kemba Walker would be recovering from a knee injury, and Gordon Hayward had left in the offseason to sign with the Charlotte Hornets. It appeared that the Celtics would be short on offensive weapons. *Cue the music, and enter a further-improved Jaylen Brown.*
Brown has started this season on an absolute tear, averaging and setting career highs nearly across the board. He scored a career high 42 points (in only 3 quarters) on December 30th against the Memphis Grizzlies. On January 8th, he grabbed a career high 13 rebounds against the Washington Wizards. And on January 15th, he dished out a career high 8 assists against the Orlando Magic without Jayson Tatum. One of the biggest snubs of last year’s All-Star Game, is now one of its biggest certainties, barring an unforeseen drop-off in play or an injury.

Jaylen Brown is having a career year:

Jaylen is the real deal. 🥶 pic.twitter.com/tliYmAmZh7

Brown has established himself as a 1B to Tatum’s 1A. Brown is capable of being a main option, as seen in his time playing without Walker and Tatum, and has continued to improve aspects of his game. He has improved as a passer, appears more confident in himself as an offensive player, and has started to recognize when to seize opportunities and when to play with poise. Brown has always possessed the physical tools to be a great player, now everything's falling into place. The absence of Kemba Walker appears to have helped Brown to recognize this, and it should remain the same moving forward. At this point in his career, Walker is best suited as a third option on a championship contender, given his age and concerns with his knee.
Brown and Tatum’s style of play suits each other, and the type of play that the NBA is moving towards. Both are athletic wing players that can guard multiple positions on defense and hit the three on the offensive end. As far as we know, Brown and Tatum enjoy playing with each other, which is important for a team’s star players. Due to these factors, I cannot understand why anyone would want to include Jaylen Brown in a trade for nearly any player in the league.
I understand that James Harden is an MVP winner, and is now playing for Brooklyn, but I can’t comprehend why anyone would even remotely want the Celtics to include Brown in a package for James Harden. Harden has a more expensive (nearly $40 million per year) contract that ends two seasons before Brown’s does. Harden is also significantly older at 31 and has more mileage than Jaylen Brown, who is only 24. At this point, we know who James Harden is as a player; we are witnessing first hand Jaylen Brown improve. Another factor to consider when looking at any trade that includes Jaylen Brown is the character of the player(s) the Celtics would be receiving in return. Everyone saw how Harden ended his tenure in Houston, meanwhile Jaylen Brown has been a guest speaker at Harvard University and is heavily involved in racial activism efforts. 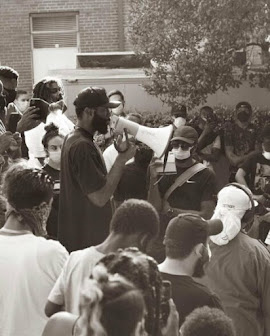 Another player that has been discussed in trade rumors to the Celtics is Wizards’ guard Bradley Beal. Beal, a dynamic scorer and two-time All-Star for the Wizards, is from Jayson Tatum’s hometown of St. Louis. Beal and Tatum are good friends, but this is no reason to include Brown in any package for Beal. Again, Beal is older than Brown at 27, and his contract is more expensive, with the added factor that he is eligible to opt out in 2022. Bradley Beal is a player that I think would look great in Celtics’ green, but I wouldn’t trade Jaylen Brown anytime soon to get him.
Trading Jaylen Brown for anyone but a top-five player in the NBA wouldn’t raise the Celtics’ talent level enough to be better positioned to win a NBA championship. With that in mind, I can’t comprehend why anyone would want to include Jaylen Brown in trade discussions given his age, contract, gameplay, and contributions off of the basketball court. Jaylen Brown has become a superstar for the Boston Celtics, and has played like a top-15 player in the league this season. It’s about time he receives the respect he has earned, and receives the title of “untouchable.”
First Photo Courtesy of Getty Images 2020.
Second Photo Courtesy of Jaylen Brown's Instagram: @fchwpo