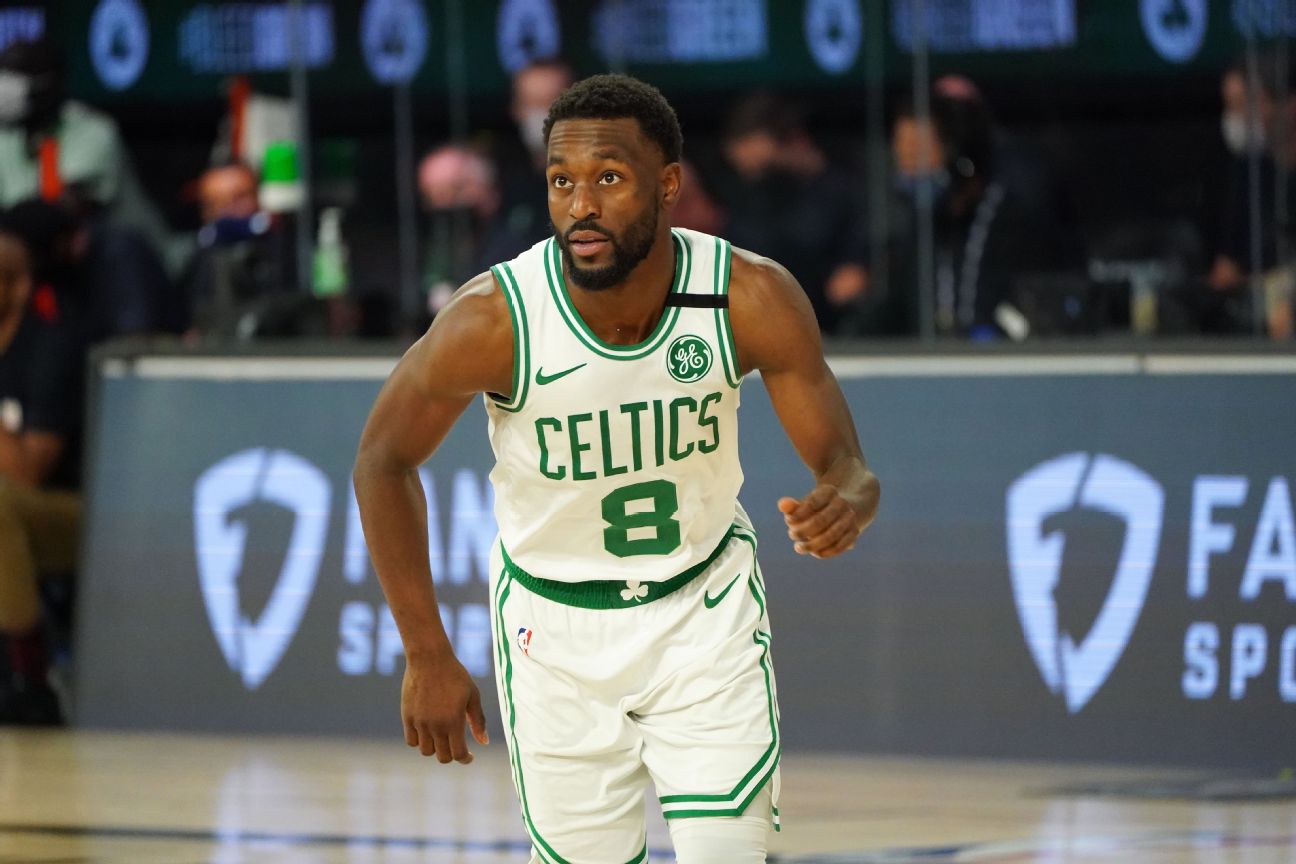 If you have been keeping up with the COVID-19 stuff going on around the NBA, then you know that the NBA is kinda winging it right now. I hope everyone in the NBA who has had to deal with COVID stuff stays safe and has a full recovery. With that being said, it was sort of funny when they made the Sixers play with eight players, Danny Green and Tyresse Maxey being their best ones. Then when this started happening to the Celtics it became seriously less funny and more concerning. The Celtics have postponed games against the Heat, Bulls and possibly both Magic games due to COVID-19.

The Magic and Celtics were scheduled to play Wednesday and Friday in Boston, but Magic won't be traveling today, sources tell ESPN. It is immediately unclear the status of the Friday game, but sources say Wednesday's game has been postponed.

It’s a mess right now, and who knows what is going to happen with the Celtics make up games and with the rest of this season. It sucks because the Cs were on a winning streak, but it’s important for the players to get healthy and not continue the spread. Even though COVID-19 is clearly still spreading (*cough cough Wizards cough cough*). But, the season is going to keep trekking along I guess so let's look at the bright side for now; the Celtics don’t have to play as many games without their best players, they just gained the number one seed in the East by watching teams lose and to top it off, Kemba Walker is close to being back! Kemba was just cleared to practice with the team last Friday and people thought that he could’ve returned for the Friday night game against the Magic.

He is like the perfect person to have for this Celtics team. He is still a star who is able to score 20 points a night, can be a great playmaker and his offensive abilities makes teams respect him which opens up the floor for other players. But he’s also not the type of player who needs the ball a crazy amount, in fact sometimes he needs to be a little more selfish as we saw in the playoffs. He doesn’t have the egotistical trait that gives him the need to score like other star players do. I think he would be happy to step into this team and have a role as the number three scorer and one of the primary playmakers. He’s been that number one guy before in Charlotte, so he doesn’t need that anymore. He wants a 'chip.

I’m glad that Kemba is coming back and he will make an impact regardless, but I am a little worried about the knee still. I hope he really is as healthy as Brad has been saying. I wouldn’t be as worried about it if he played consistently last season, but there was some serious differences from before and after Kemba got injured:

Luckily, the team understands Kemba’s situation and will be monitoring his knee throughout the season. I actually want Kemba to be doing some load management this season, as annoying as that may be. We need him to be fully healthy going into the playoffs.

Brad Stevens says that, while Kemba Walker is cleared to return to practice, the team is still going to be cautious with him. Credits Walker for his diligence in working on his knee to get himself healthy and back to being the player both he and Boston want him to be.

His impact is more than what he does on the court though. Kemba’s selflessness along with his top tier talent make him a rare breed. If you watch him when he isn’t playing, he’s always hyped up when players do something good and you can tell that he always has that contagious smile under his mask. It may seem insignificant, but having a leader with this type of personality is big for a team. He brings positivity, good energy and a willingness to never give up. I won’t say names but we’ve seen what has happened to a young Celtics team with a negative leader, so having a positive leader on a young team like this actually proves to be pretty important.

"Even when he doesn't play, he has a big impact on us. He's the guy that's totally all in. Totally wants to win. ... He's always got a way about him that breeds confidence in everyone around him." https://t.co/BJOFigUGtf

Adding an All-Star like Kemba to this team adds depth to an already deep Celtics team. I don’t know when the Celtics will be able to play fully healthy again or if they even do this season, but let’s see what happens to this roster when we add Kemba. So I think the best way of going about this is bumping Theis to the bench to have a starting lineup of Kemba/Smart/Jaylen/Tatum/Thompson. What happens here is that Kemba and Smart split the playmaking role, Kemba takes most of Smart’s shots and a couple from the Jays, then Smart can mostly focus on his role on the defensive end. Moving Theis to the bench doesn’t necessarily mean that he’ll only run with the two’s because that’s not how the rotation usually works. But, moving Theis to the bench gives the Celtics a legitimate second unit: Pritchard/Teague/Semi or Grant/Theis/Timelord with Javonte Green, Tacko Fall and Aaron Nesmith there as well. Brad usually likes to keep at least one of his best players in the lineup at all times, but that second unit may actually be capable of playing together all at once against other teams' second units. I’m speculating and that probably won’t happen, but for once we actually have a bench squad that I can trust. We actually might have too much depth right now so it’ll be interesting to see what happens when the TPE deadline comes around.

The return of Kemba Walker is near, but by the time he is able to return the Celtics might not be healthy enough to play. The NBA and NBAPA just met on some ways to reduce the spread of the virus. It is a two-week protocol of stricter rules including no hugging players on other teams, not being able to high-five players after free throws and players are not allowed to leave their homes or hotels for other reasons besides basketball related activities. Like I said, they’re winging it, but at least they are all trying.