Should the NBA expand team rosters? 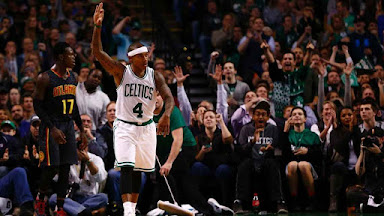 Last week, Adrian Wojnarowski reported that there was significant traction towards expanding NBA rosters. Given the report, and the ongoing COVID-19 outbreak, we can assume that this roster expansion is likely to occur.

Players on two-way contracts are eligible to be activated up to 50 of the 72 regular season games this season. https://t.co/LaOGFOSmHn

The new two-way slot would allow teams to add an 18th roster spot. Two-way deals are only for players with three years of service or less -- and that is expected for the third two-way spot too, sources said. https://t.co/xSVV4i8dNu

The Celtics have Tacko Fall and Tremont Waters under contract with the NBA’s current two way contract policy. Both players are in their second year for the Celtics, meaning they both have one more season beyond the 2020-2021 season as eligible two-way contract players.
In my opinion, it makes sense that the NBA would look to expand rosters given all of the game postponements due to players being out due to positive COVID-19 cases and health and safety protocols. However, I have to wonder if a two-way contract player will be enough to alleviate damage done by the Coronavirus. I understand that the NBA is a business, but when a superstar like Jayson Tatum can’t play, and you replace him with an end of the bench player, this isn’t necessarily good from a product or gameplay perspective.
I would love to see the NBA open up the roster spots even more, beyond a third two-way contract player. I’m all for giving a young player an opportunity, especially with the limitations in the G-League season. Yet, I do think that the NBA can do even better, and grant a roster spot to a veteran player in the league that could immediately contribute to winning.
There are a number of free agents that I believe could help an NBA team right now. As a Celtics fan, I have to say that this is where I’m biased. Until he officially retires, I will always root to see Isaiah Thomas back in Celtics’ green. While the Celtics are deep at point guard this season with the return of Kemba Walker and the emergence of Payton Pritchard, it would be great to see Thomas back in the league, a sentiment which he has continued to echo.

Sign some Vets!!! Help right away on and off the court. https://t.co/lXlb9WgWkk

The Celtics could fill the potential added roster spot with a wing player. This could also be addressed with their trade exception, but that’s a blog for another day. Here’s a list of notable veteran free agents:
Point Guard: Isaiah Thomas, Tim Frazier, J.J Barea, Brandon Knight
Shooting Guard: Marco Belinelli, Allen Crabbe, Gerald Green, Dion Waiters
Small Forward: Corey Brewer, DeMarre Carroll, Andre Roberson
Power Forward: Wilson Chandler, Dragan Bender, Noah Vonleh
Center: Dewayne Dedmon, Kyle O'Quinn, Tyler Zeller
I would love for the Celtics to pursue a shooter like Marco Belinelli, who has championship experience, and can play a 3-and-D role off the bench. Another option would be Wilson Chandler, who is currently playing in the Chinese Basketball Association, but would provide a solid veteran presence with his versatile defense.
If the NBA does expand rosters by allowing for a third two-way contract player, the ability to find and acquire a contributing player becomes more difficult. However, it would be nice to see the Celtics take a flyer on someone like Allonzo Trier, an undrafted rookie in 2018, who last played for the Knicks and was cut after two seasons. If signed, Trier could be a spark-plug scorer off the bench as a young player that could immediately contribute.         Nothing is official, but all signs point to roster expansion in the NBA for the current season. With that being said, let’s hope that the Celtics can take advantage of the talent available, and more importantly, let’s hope that Isaiah Thomas can get back into the league.
Photo Courtesy of Mark L. Baer-USA TODAY Sports