The trend of the Celtics being bad without Jayson Tatum continues 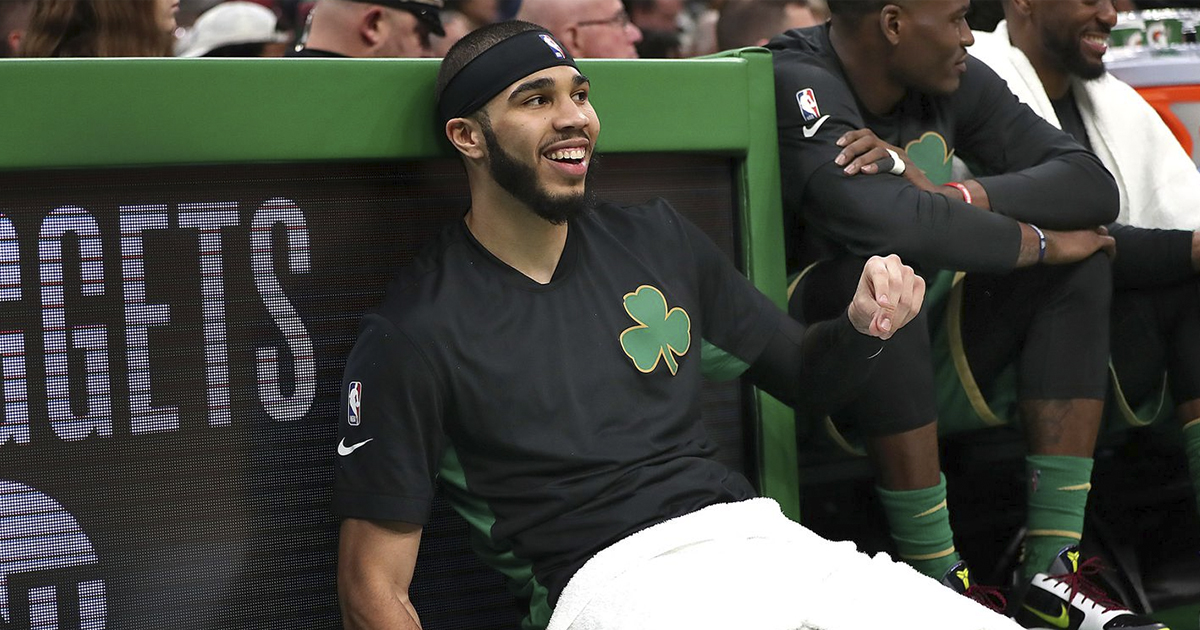 We discussed much of this on this morning's Celtics Reddit Podcast.

Here's the short version up front. There's been a trend now for a couple seasons where Boston is really good when Tatum is on the court and bad when he's off the court. Seems pretty obvious that lacking your best player would make you worse, right?

This has been true for a while now. Tatum also had the highest differential of our starters during the disastrous 2018-19 season (+4.6) and the season prior (+8.5). It's a trend that has continued into the playoffs as well. You might notice that even in games when Tatum is struggling, his presence on the court is a flat out difference maker. Even when his shot is off, the threat of him shooting (particularly from three) commands the attention of opposing defenses. Even in his off nights, he's a lethal decoy who opens things up for the rest of the team simply by being out there. Meanwhile, on the defensive end, his length and mobility has him consistently rated at the top of our team in advanced defensive stats. Simply put, the advanced stats show that he's the most impactful player on this team on both ends of the court. That's partially why even in a night Jaylen Brown scores a career high 42 points, it's Jayson Tatum that ends up leading the team in +/-.

What's interesting is that other starters had negative point differentials. That includes both Kemba Walker (-0.8) and Jaylen Brown (-0.7). Now, obviously, that doesn't mean we were genuinely better off when they sat. Again, who they shared the court with could be a big reason for it. If Tatum subbed out, for instance, and they were stuck playing with reserves it could impact their +/- by comparison.

Tom Westerholm had an interesting tweet that touched on this:

Some lineup stats from last year I found interesting

Two big takeaways from Westerholm's tweet. One is that the highest differential (+22.6) involves Tatum. The two negative differentials (Jaylen + Kemba and Kemba + Smart) both are lacking Tatum.

Again, we've got a lot of data at this point that backs up this team is far worse without Tatum.

It's continued into this season as well. So far through 12 games Tatum is leading the starters by far in on/off court differential. Clearly, getting blown out by the Knicks without him have influenced these stats, but so far per 100 possessions we're +6 when Tatum is on the court and -6 when Tatum is off. Meanwhile all of his fellow starters are in the negative. Smart is -12, Brown is -3, Theis is -16, Thompson is -7.7.

Interestingly, the player currently sitting with the highest differential on the team is none other than Payton Peter Parker Pritchard himself at +18.7. That seems to be backed up by the eye test. We clearly have played better basketball when he's on the court. Certainly better than the double-big lineups. I'd like to see him keep getting minutes. It was mildly annoying to see his minutes (17) and shot attempts (3) take a dip last night with the return of Kemba. I imagine it will start to frustrate fans if we see him losing opportunities as the result of being 4th in our guard depth behind Kemba, Smart, and Teague. Fair to point out that Teague has played some solid basketball as well, though (+11.2).

Look, I'm not blaming last night's blow-out entirely on Tatum missing the game. Clearly everyone played like trash. The game prior, we managed to cook the Orlando Magic with everyone playing outstanding ball. Granted, the Magic have been in the midst of a free-fall since losing Fultz (with both Fournier and Isaac also missing). They got blown out by 42 to the Rockets, lost by 14 to the Mavericks, got blown out by 27 to Boston, lost a pick-up game to the new-look Nets (Brooklyn dropped 122 on them). And predictably, they just lost to the Knicks today as well.

The fact the stats show we're outscored when Tatum sits doesn't necessarily mean we'd lose every game without him. You can look at our performance last season.

In games Tatum missed last season, we went 2-4 despite receiving significant contributions from three other stars.

- The 25-47 Wizards beat us by 6 points, but this was an end of season garbage game with scrubs playing.

- We also had a genuinely good win against the Heat by 8 points in which Hayward put up 29 points, and 9 rebounds, Brown put up 25 points on 62% shooting, and Kemba had 16 points.

What's interesting here is that the only two games we managed win without Tatum happened to include all-star performances from Gordon Hayward. For all the criticism we gave Hayward, he was actually second on the team behind Tatum in on/off differential (+4.1).

Last night was a different scenario. No Tatum. No Hayward. A rusty Kemba limited to 20 minutes. Brown still doing solid Brown things out there, but it wasn't enough.

Was missing Tatum the sole reason we got blown out? Of course not. But it does indeed continue a trend where this team is pretty bad when he doesn't play. I got into a discussion with a couple fans who more or less made the case that we would have lost this game regardless of whether Tatum played because of how bad everyone was. I'd argue that at this point you're playing with the space time continuum and making a debate that's contingent on the rules of the multiverse. We have no idea how this game would have played out had Tatum suited up. It's a whole butterfly effect thing. We can fairly say our defense would have been better. We can fairly say the opposing team would be focused on defending Tatum. That would have opened things up for everyone else. In this timeline we fell down double-digits in the first quarter and never regained our confidence. In the Tatum timeline, perhaps we keep this game closer, our confidence stays high, guys hit open shots, we keep the game close and pull off the win. Who knows. Notably Scal was on the broadcast last night commenting about the lack of spacing. That lack of Tatum is a big reason for it. Spacing looks a lot different when you have a superstar out there who commands double teams.

The bottom line here is that Boston is a very different team with and without Tatum. The advanced stats back up that we transform from a good to bad team when Tatum sits. Not other player on the team has that type of impact.