Lets get real about the Celtics 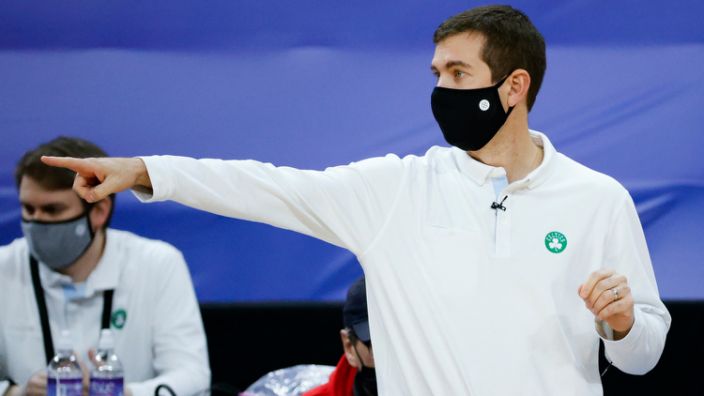 Alright, let’s get real about the Celtics. They look bad right now. Whatever. It’s early, we haven’t had a full roster yet and all those excuses you’ve probably already heard. We are a month into the season and this team is still trying to find an identity for themselves because they have been all over the place. The overall inconsistency makes it hard to tell how good the Celtics will actually be. But right now I can confidently say that things are bad. But is it time to panic? Eh, not really. They’ll probably be fine, but there are definitely ways to get better.

Their highs have been really high and their lows have been real goddamn low. Before Tatum was out, you could argue that the Celtics were a legit contender. After looking at the last three Celtics games, obvious concerns got brought up that question how good this team really is. They are in the middle of a three game losing streak and are 1-3 without Tatum. It was a good sign to see the Celtics make both games against the Sixers relatively close for the most part, but at the end of both games it was pretty obvious that the Sixers were the better team. That’s obviously without Tatum and Kemba on minutes restrictions, but even with a healthy roster, it’s hard to say whether the team will reach a top tier level at this moment or not. A lot of work needs to be done to get to where they want to be.

Brad Stevens: "We're not going to win a game with the group that we have if we're giving up 122 points. If we're not going to be committed to that, I just don't see us being sustainably competitive."

I love this quote here from Brad because under his teams, at the very least the Celtics have a committed defense. So far this year they haven’t been a solid defense. They are 20th in the league in defensive rating this year, while the past three years they ranked in the top 10. I keep telling myself that it’s a long season and things will change, but there are a lot of issues with the defense.

I think the biggest overall issue with this team is that they are missing the usual grit and hustle factors that they usually have. I see it at times, but it’s usually only in the fourth quarter in a close game. They don’t consistently bring the energy. Tristan Thompson was supposed to be the guy to bring the energy, as he claimed he would but he hasn’t yet that much. In fact, the Celtics have struggled against centers/power forwards all year and that could be our biggest hole on defense. Teams like the Sixers, Pacers and Heat all have centers who are able to dominate against the Celtics centers. I still have faith in our centers being able to figure it out, but it’s definitely going to be our biggest weakness throughout the season. I think running more zones could be something the Celtics could benefit from against teams with dominating centers. But, hey maybe Tristan Thompson figures his shit out on the defensive end.

Hopefully the consistent hustle and energy come along at some point because there are a lot of individually talented defensive players on the roster. I have a theory that it all stems from Marcus Smart focusing more on his offense than his defense. I think when everyone’s healthy and he doesn’t have to be as much of a primary ball handler, then he focuses more on his defense and the team gets better in that department. He’s been great on defense still but I feel like you can tell when he focuses more on offense, the defense struggles more. I need a stat that shows a correlation between the two.

The Celtics were a top 10 NBA offense with him.

They're the NBA's 29th ranked offense in the last week without him.

These stats are interesting because for one, it shows us how well our offense plays with Tatum on the team. They were in a nice groove before COVID hit the Celtics. Even after that Magic game where they won 124-97 without Tatum, they still end up being 29th in offense because of the previous three games. The offense has been shockingly bad at times during this stretch. Now nothing was worse than that Knicks game, but in those last two Sixers games we saw the Celtics offense play as equally bad at times. In the first game the Celtics lost the fourth quarter 17-31. I mean, if everyone is healthy then typically Tatum would’ve been able to bail them out a little bit. You would think that Jaylen and Kemba could at least make some buckets but they went a combined 1-11 FGM in the fourth quarter of that game.

Then the mini-series showed us how much of a problem depth really is for this team. I was wrong before, I said we had real depth but against actual good teams our bench players (excluding Theis) get erased. Throughout the two games against the Sixers games the bench (again, excluding Theis) scored a whopping 25 points. Not 25 points per game, 25 total points. That’s including Semi who put up two goose eggs after playing 18 and 22 minutes and each game. The bench got erased and they get erased often. There were so many times on the court where the 76ers had way more weapons than the Celtics did. The TPE needs to be used and it needs to be used on a valuable, proven, all-around role player. This isn’t new for us, all we want is proven role players. Teague and Thompson were supposed to be the answers, but right now it’s not looking great.

It’s tough to evaluate this team because I do believe in them in the end, but it’s just aggravating sometimes. The good thing is that the hardest part of this team is already done: the core of Tatum, Brown, Smart and Kemba is legit. At this point they just need to surround these guys with the right players. We actually haven’t even seen all of them play together this year yet, which sucks but I’m excited to see how they will all blend in together. On another positive side note, thank god Pritchard only has an MCL sprain that should only sideline him for two weeks.

Tonight the Celtics play the Cavs who just beat the Nets two games in a row without Tatum once again. With the additions of Jarret Allen and Taueran Prince along with the all-star level of play from Colin Sexton, the Cavs look like a playoff team. The Celtics better go into the game pissed off and with lots of energy.

Despite finishing with a career-high 42 points, Jaylen Brown is putting it on himself to help his team even more. pic.twitter.com/CVmVgGtpCl