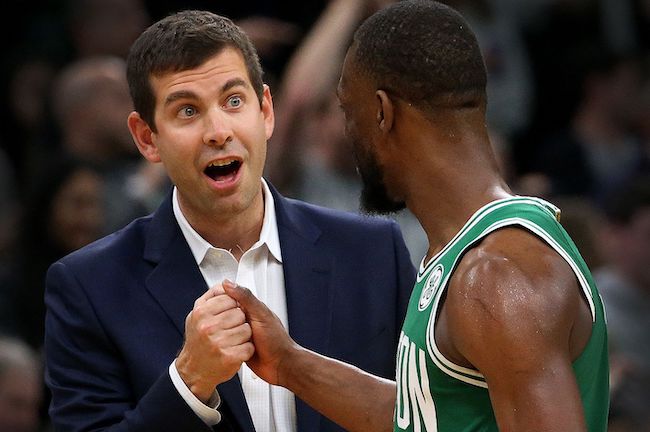 Brad Stevens tells @ZoandBertrand that the Celtics won't play Kemba Walker on the second half of back-to-backs for 'probably the whole year' to help protect his knee over the long-term.

This is definitely the right call by Brad Stevens and the Boston Celtics. Kemba Walker is a gamer who's greatest criticism is that he tends to play through injuries and not let the coaching staff know about them. And we're playing for Banner 18, not to have the best regular season record possible.

You need Kemba 100% healthy for a lengthy playoff run and the good thing about the playoffs is there are no back-to-backs. Walker will likely play in the first game of back-to-backs and then sit the second one. Some might argue that Kemba should play in the second one instead if it’s a more difficult opponent, but I'm not sure that messing up the system for that accommodation makes sense.

Also I could totally see the Celtics losing the first game to the supposed easier opponent who the team has in essence labeled "an easy win." You're also giving them bulletin board material. "Hey the Celtics always sit Kemba on the second leg of back-to-backs, but they think you guys suck so bad they are sitting him for our game." Anyway that's just semantics. The main takeaway is that Kemba won't be playing in back-to-back games and that's the right call.