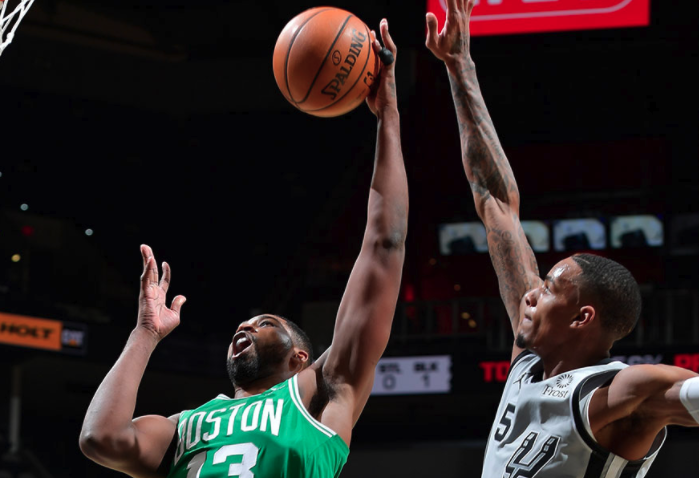 DeMar DeRozan came up big down the stretch for the Spurs and Dejounte Murray had a key steal on Kemba and slam to help the Spurs prevail in a game that went down to the wire. The Celtics had one last chance after Jayson Tatum's clutch and-one move, but a Marcus Smart 3-pointer at the end of regulation was unsuccessful. One free throw make later and the Spurs had their 110 to 96 victory. The Celtics struggles in San Antonio continue, fans or no fans.

The Celtics were coasting in this one, until the Spurs went on a 25 to 4 run to end the first half. I guess basketball is a game of runs, but that proved to be the difference as despite the Celtics fighting back in the 3rd quarter, in the end the L is all that matters.

"The end of the first half...was terrible." - Brad Stevens pic.twitter.com/HSBoYZwmng

The way Tatum-Brown-Walker has to work is Celtics play fast with ball movement and cutting. The ball will find energy, which will make it near impossible for defense to load up to anyone.

Spurs couldn't handle them when they played that way. And C's were a mess when they didn't.

Brad Stevens: “We were going to zone out of necessity tonight because we couldn’t stop a nosebleed.”

The Celtics were led by Jayson Tatum and Jaylen Brown with 25 and 24 points respectively. Next up for the Celtics are the defending champs the Los Angeles Lakers who come to town on Saturday. Tip-off is at 8:30pm.