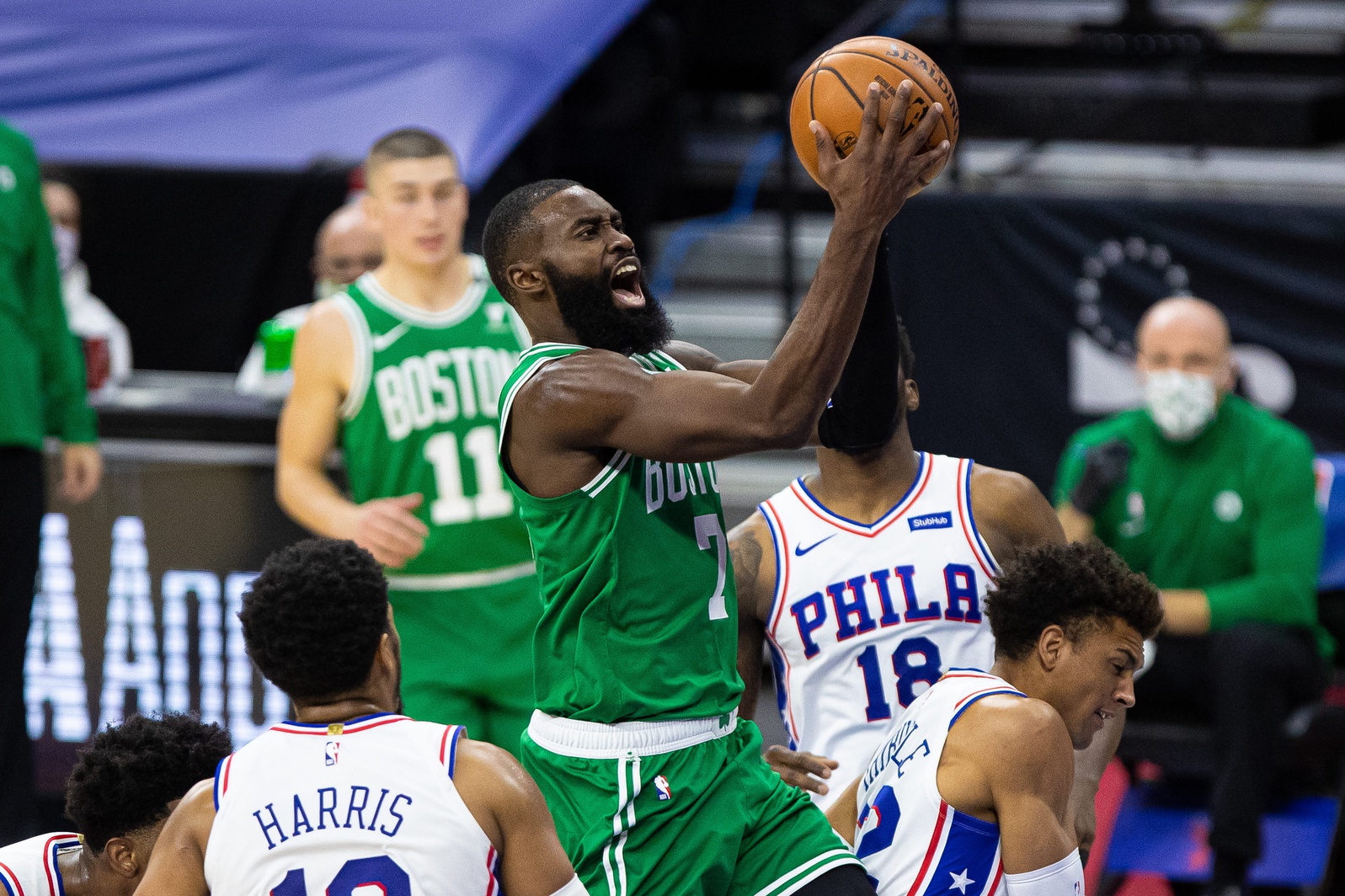 Game two against Philly is in the books. Celtics had a lead going into the half but the 76ers came out strong in the 3rd and didn't look back to get a 122-110 victory over the Celtics. The Celtics made it close midway through the 4th but the final minutes didn't go their way as Philadelphia pulled away to secure the win.
Tatum wasn't active for this game but the Celtics were led by the other half of the Jay duo. Jaylen Brown again had a solid night with 42-9-3. JB shot the ball 57.1% from the field on 16/28 shooting to match his career-high in points. Marcus Smart also had a good night as he scored 20 points while also racking up 7 assists.
Kemba Walker, in just 27 minutes was able to get 19-3-5. I am so anxious for Kemba to get back to regular minutes. Payton Pritchard was great with trying to fill the void but with his unfortunate knee injury, who knows how long he'll be out. So with PP out, we now have to watch Jeff Teague. I was a fan of the signing in the offseason, but PLEASE Danny, cut Teague and give IT a shot. We got a former MVP candidate willing to play in whatever role we need him at for cheap. Why not give him a chance? I'm willing to bet he'd do a whole lot better than Teague out on the floor. Please Danny just give Isaiah a shot. 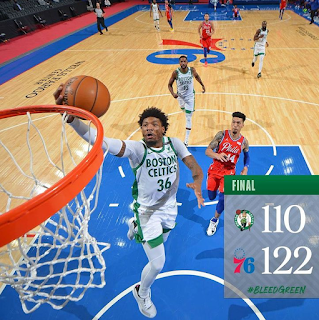 Just like Wednesday night, Joel Embiid was a problem for Boston. Embiid finished with 38 points. Joel did a lot of flailing around today but it helped him as he was able to shoot 15 free throws and knocked down 14 of them. Tobias Harris was extremely efficient from the field tonight. Harris scored 23 points on an impressive 10/12 shooting. Ben Simmons also had a double-double with 15 points and 11 assists.
The Celtics will be playing their next game Sunday night (after Tom Brady makes his 10th Super Bowl) as they'll be back home at the Garden to take on the Cleveland Cavaliers. Let's hope we will have Tatum back as the Celtics try to contain Collin Sexton and end Boston's three-game losing streak.
Read more from George Dimis HERE!
Follow me on Twitter: @GWDimis