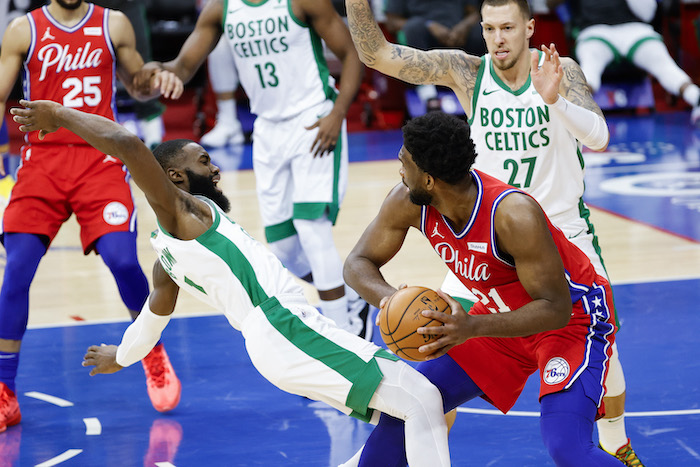 The Celtics lost again to Philly last night and an issue that reared its uglyhead last postseason once again was apparent. Boston has a limited amount ofoffensive weapons. Those weapons are enough when the team is at full strength,but that seems to rarely happen. Without Jayson Tatum the Celtics were already shorthanded. After Payton Pritchard went down, even more so.

It's not like last night was some outlier. The Jay's will give you their 50 plus combined. Marcus chips in with just under 14 a game. And then... the drop. Again, if the team is full strength this isn't as big of an issue. But the Celtics looked most like title contenders last playoffs during the first game of the postseason and during Gordon Hayward's first game back vs the Heat (which was essentially all his ankle could give him). That's when they had Tatum, Brown, Walker, Hayward, and Smart. 5 guys able to give you 20+ points on any given night.

The Celtics needed to add a 6th guy this postseason to be able to weather the storm if they truly wanted to compete for a championship. Instead they lost the 5th one (Hayward). Hopefully Pritchard can continue to impress and be that 5th guy in Gordon's place. If that happens the team should be fine as long as no one is injured or out due to Covid or other reasons. That's a bit unfair to put on a rookie.

Maybe Danny will use that TPE to add another guy. But what sucks is that you know who other teams are going to be asking for now? payton Pritchard. It's not like you're going to get anyone that can really help you for your future late firsts or Romeo, Nesmith, etc.

I know there is a portion of the fan base that will forever believe that Gordon Hayward was always going to sign with Charlotte so there was no  sign-and-trade possibility. The fact that Charlotte was about to sign Montrezl Harrell to a huge contract and only upped their offer to Gordon afterwards doesn't matter. It's part of the "Danny can do no wrong" narrative. I do know that fans didn't want Victor Oladipo and instead wanted Myles Turner... well until it came out that Ainge didn't really want Turner. Then all of a sudden Myles was a bum. Personally I believe any return for Hayward, whether it was just Turner or just Oladipo would have been big for Boston. That didn't happen. 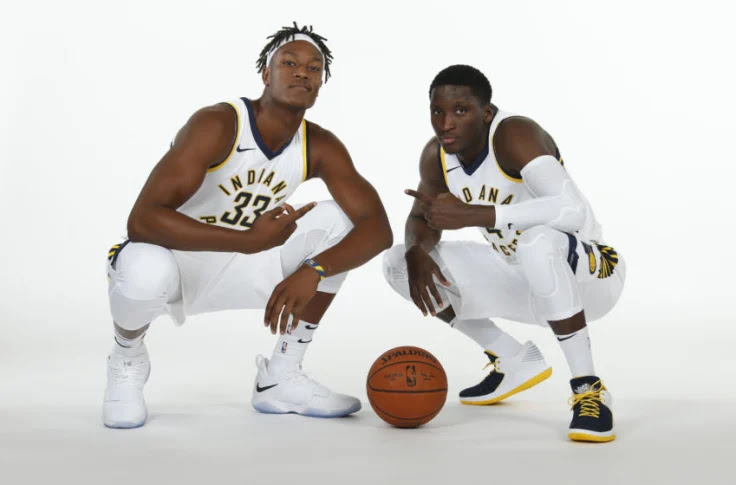 Turner is leading the league in blocks with 4.1 a game (no one is a close 2nd) to go with 13.2 ppg and 7rpg. Oladipo is averaging over 20 a night. Despite any spin, both are good players who would have looked great in Celtics green and helped the team.

Instead the Celtics signed Tristan Thompson. Some have said you couldn't add Tristan if you took anything back in a Hayward trade. I've tried to research this, but the only people who have said this are from aforementioned Danny can do no wrong crowd. It's not like Tristan is making big money. There are other means to sign a low salary player than using one specific exception. And you could have always done a sign and trade with Cleveland. Give them a 2nd rounder for helping out with a player who was leaving anyway.

Again, I know a lot of fans said that Thompson was better than anyone the Celtics could have gotten from the Pacers assuming it was an either/or situation. But Thompson is a Kendrick Perkins type of player. He's not a big time scorer, especially not in the modern NBA and during his age 30 season. There's a reason I'm always hoping the Celtics go after younger players. I've seen this movie way too often during the Ainge tenure where the team signs a big name right as he's entering a decline stage. Not saying Tristan has definitely entered the decline stage, but 30 is often the magical number, especially for non-superstars. You lose a step, lose some bounce, get injured more often and take longer to recover. 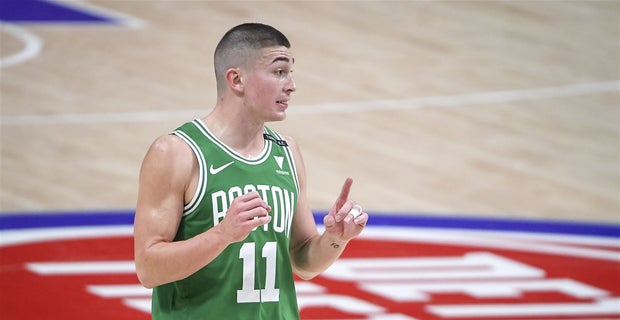 The Celtics will need Payton Pritchard to continue to blossom and likely either another young player to explode on the scene or a trade in order to make the Finals.

The other major offseason signing, Jeff Teague, will give the team some point guard depth, but this isn't Jeff Teague from 5 years ago. He'll be 33 this playoffs. The fact that Payton Pritchard has been so impressive so far is a great cause for optimism. But right now, even when Tatum returns, and even IF Kemba's knee holds up, the team has little margin for error or injuries. So more or less the same situation we were in during the last postseason, which obviously wasn;t good enough.

Here's hoping the Celtics can find some diamond in the rough or a guy like Nesmith or Langford explodes on the scene as the season progresses because the team's 8-6 record shouldn't be some huge surprise. It's the record a team should expect when they've suited up only 3 players max a night who average double digits.