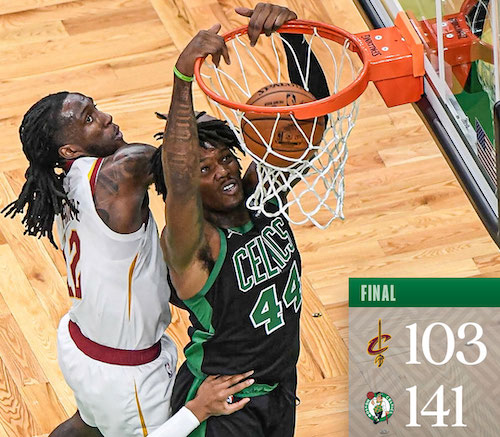 Well that was pretty much just what the doctor ordered. No Tatum, no problem this Sunday evening apparently. Jaylen Brown led the way with 33 point, while Kemba Walker pitched in with 21 and Daniel Theis had what I believe is a season high 17 points. The Celtics stormed out to a 17 point 1st quarter lead and took a 22 point advantage into the half. The 2nd half was more or less an extended garbage time affair.

The Celtics dusted off Carsen Edwards who looked like the guard from the summer/preseason of 2020. He finished with 18 points. It was also nice to see #14 overall pick Aaron Nesmith get his first double digit scoring night under his belt.

Tristan Thompson in his first game back against the only NBA team he ever played for prior to December was quiet offensively, but did collect a game high 12 rebounds. Speaking of game highs, Marcus Smart had his passing hat on as he collected 9 dimes on the night. The Cavs were lead by... no one. Brad Stevens had been harping on the Celtics defense to start the season, or lack there of, and the team apparently got the message.

Marcus Smart says of our defensive effort: “It was at our standard. What we’ve been trying to do all year.”

The Celtics will be without Kemba Walker tommorrow night when they are in action again vs the Chicago Bulls. This was expected as it's the second night of a back to back which always presents red flags for guys coming back from injuries sitting.

141 most points ever scored in regulation by the Celtics at TD Garden. Most in a home game since 1992.

38 point win is the largest for the Celtics since the record road win in Chicago in 2018. Their largest at home since a 38 point win over Washington in 2015. 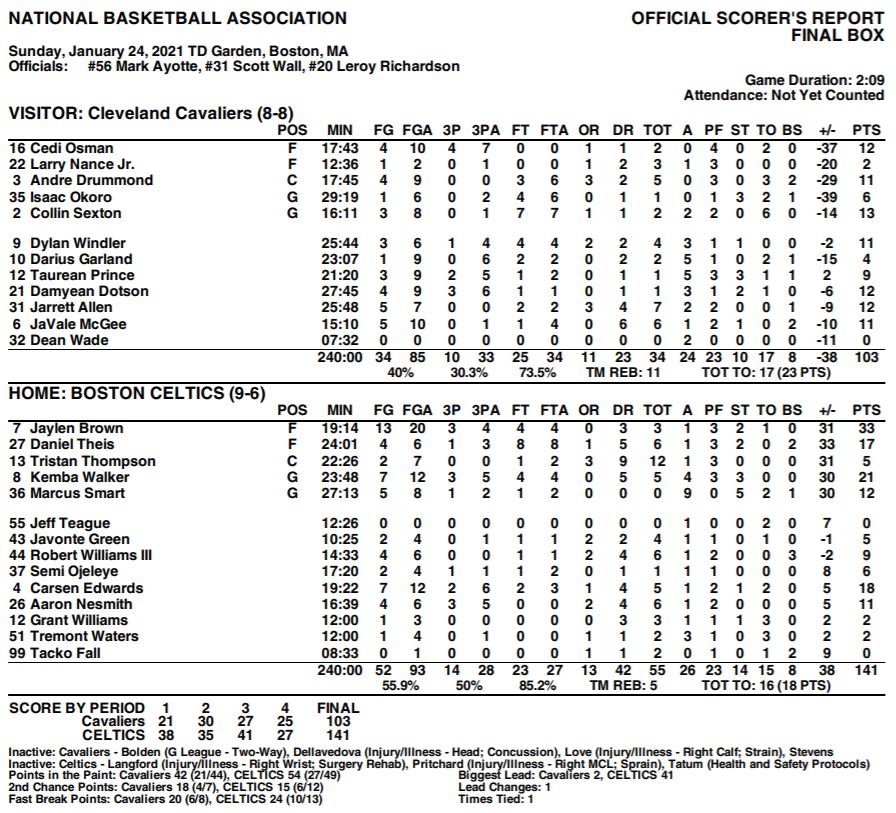