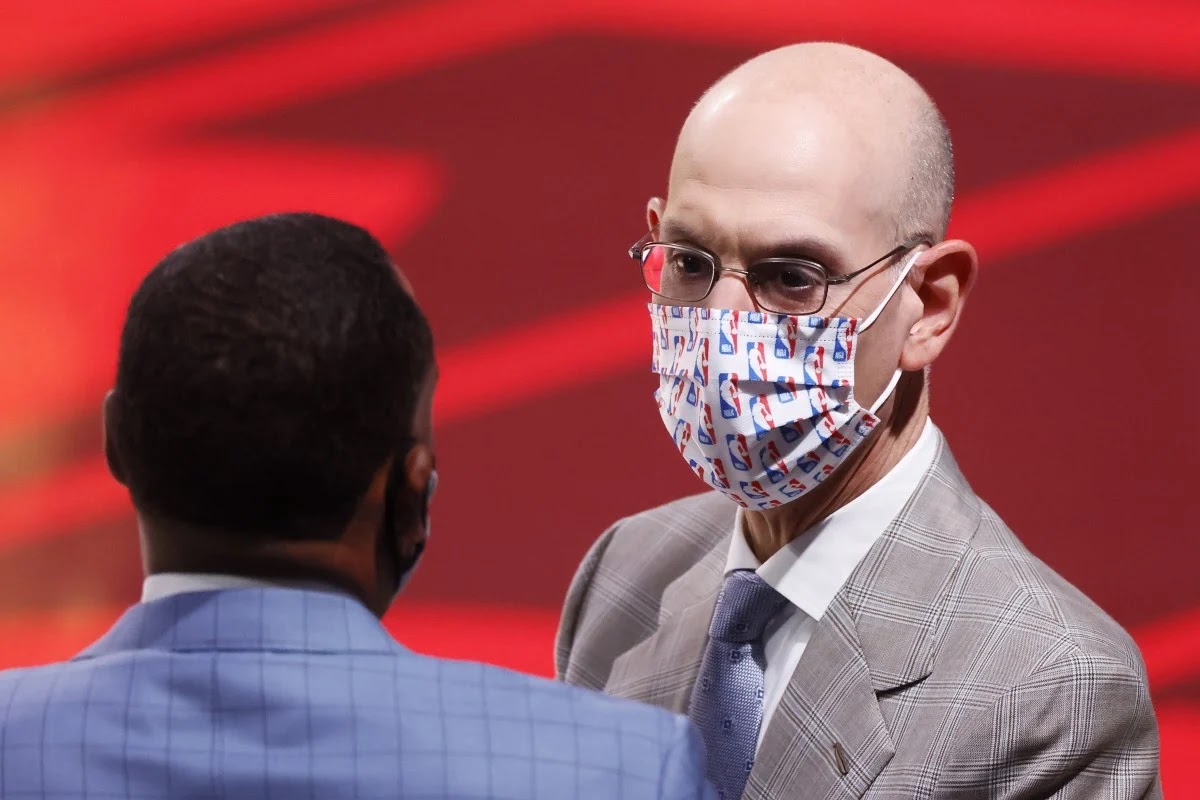 Way back in March of 2020 Adam Silver made the call to suspend the 2019-2020 NBA season after learning of Rudy Gobert’s positive Coronavirus test, being that it was at the very beginning of the pandemic and it brought attention to the risk of spreading the virus across the league and beyond. Just about 10 months later the world is still facing a pandemic and the NBA finds itself in a similar situation as in March, but Adam Silver seems to be taking a different approach. 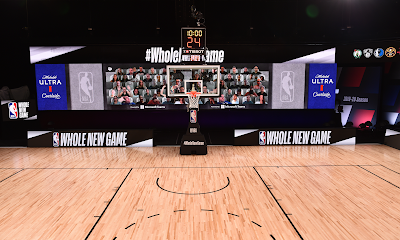 The NBA took their time preparing to find a safe, logical, science backed approach to resume the last season, and while some may argue that it wasn’t perfect it still accomplished nearly everything it set out to do. Despite the lack of fans, the NBA was able to retain a fair amount of revenue that would have been lost if the season were cancelled. The top teams were able to go out and compete for a championship, giving us some much-needed entertainment while we were all sitting on our asses at home. Amazingly enough, there were 0 positive tests for the remainder of the season when it resumed.

There was a lot of careful planning that went into making all this possible, but probably the biggest factor was the use of a “bubble.” The eligible teams were confined to the Disney World campus in Orlando, Florida so that they couldn’t be exposed to outside contaminants and would essentially shelter themselves from Covid. The teams lived and played on campus until their playoff runs came to an end, at which point they were literally sent home and into the real world to do as they please. In the end the Los Angeles Lakers (unfortunately enough) defeated the Miami Heat in the finals, and throughout the life of the bubble each and every game was played with no Covid-related obstructions.

Fast forward to today where it looked like we were going to have a relatively normal season, but now find games getting postponed as teams struggle to field enough eligible players to play a game, the Celtics included. Several players of all calibers are being sidelined for being exposed to someone who has contracted the virus or having caught it themselves like Jayson Tatum. Some teams, like the 76ers, are being forced to play with just 8 players since they technically meet the minimum required active players for a game which was set by the league.

No organization wants to play a game w/ eight players, especially against an opponent like Denver. Sixers might prefer postponement, but NBA's under pressure to keep a balanced playing field for each team faced w/ these situations in pandemic. This will be a recurring instance.

The Sixers found themselves in this position after Seth Curry came back with a positive test this past Thursday. The most confusing part about it is that Curry was still present for shootarounds and the beginning of their game against the Brooklyn Nets before hearing about the results.

Curry spent the first quarter on bench before Sixers were made aware of a positive test, sources said. Curry then left the court-area and headed into isolation.

It turns out that this wasn’t just a one-time thing either. Memphis Grizzlies center Jonas Valanciunas was caught in a similar situation, except before quarantining he logged 14 minutes in their game, also against the Nets.  (via NBA.com)

Grizzlies’ Jonas Valanciunas is out for remainder of tonight's Grizzlies-Nets game due to health and safety protocols, team says.

Beyond the players who caught the virus, several players are required to sit out of games and quarantine due to “contact tracing” which the NBA describes as somehow figuring out if a player spent a total of 15 minutes within 6 feet of someone who has tested positive.

NBA players typically land in the health and safety protocols when they register a positive coronavirus test OR when they have “close contact” with someone who has tested positive ... “close contact,” as the CDC defines it, being within six feet for at least 15 minutes

Although a vaccine has been developed and we have more knowledge of how to operate in the Covid world, the vaccine has not been distributed to the masses and the threat of catching and spreading the virus is still ever present. One could argue that the NBA is in an even worse position than they were when the season was suspended last time. Still, they seem reluctant to take a pause.

ESPN Sources: While the Celtics-Heat game has been postponed tonight, the NBA has no plans to pause the season despite thinning rosters because of COVID-19 protocols in several places.

This seems uncharacteristic of Adam Silver given his past handling of difficult situations during his time as commissioner. In my eyes there are only two reasons as to why this is. First reason, the NBA and the owners are extremely confident in their preparation, planning, and their ability to push through this rough patch towards smoother sailing. The other reason is the thing that rules us all, money. The league is likely already operating at a loss without fans but suspending the season again would undoubtedly have major impacts on their income and future salary caps, maybe to a point where they are almost forced to continue.

With the success of the bubble many people are wondering why the NBA didn’t just opt to do that again for this season. It basically boils down to once again financial reasons, the impact the bubble had on player’s and staff’s mental health, and space logistics. You may remember that when the bubble began only 22 of the 30 teams were invited, and the remaining 8 teams ended up going from March until December without playing basketball. 6 of the 22 teams that made the bubble were sent home within a few weeks after failing to qualify for the playoffs. The NBA likely accounted for all this due to limited space and the fact that housing and supporting that many people for three and a half months would be extremely expensive. Doing so for a full season would probably be a logistical and financial nightmare. 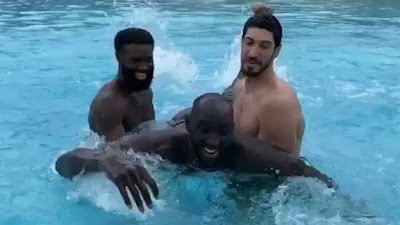 Speaking of nightmares, it turns out the bubble was extremely rough on the players. In the limited time in which the bubble was running we as fans were really only shown the highlights. We got to watch basketball and see the players hang out with each other at the resort, playing golf, fishing, swimming, etc. What we didn’t see, and more importantly experience, was the players being isolated from their friends and family with phones being the only way to have contact with the outside world. Now some people may be thinking something along the lines of “tough shit, I would love to get away from my family and live on a resort playing basketball and golf all day.” I’m sure some of the players thought that too, but many of us don’t realize what kind of toll that really takes. The Celtics’ very own Jaylen Brown spoke up about this while he was still in the bubble.

Jaylen Brown on mental health for NBA players in the bubble:

"The images of pool tables and swimming pools and all this other stuff... it's tough being here. Being away from my family. Being isolated from the rest of our society." @ABC6 #celtics @FCHWPO pic.twitter.com/ZRbjhqXUHG

This is likely a big reason why the NBA shied away from going this route for the 20-21 season. It’s easy as fans to look in and say that they should just suck it up and play since they’d be making millions doing it, but in this case, I sympathize with the players and understand why they are trying to avoid it. That being said, it has not been completely ruled out.

Last month, Adam Silver suggested a bubble option could still be in play at some point, and it may be necessary to protect the integrity of the season. This week has been the NBA's roughest yet.

It seems like this is something like a second to last resort with the only less likely option being to cancel the season all together. The current plan is still to push through, but with so many teams missing key players to the point where thinned out rosters may be forced to postpone, forfeit, or maybe worse yet have their players play to the point of exhaustion and risk injury, it’s hard to say how long it is before some major changes come. There are some minor things being worked out as I write this, but we’ll just have to wait and see if they make any real impact.

As the NBA battles the latest coronavirus outbreak, expect the league to tighten its restrictions on player movement, per sources. Also possible to see rosters expanded. A lot of small stuff on the table.

The best we can do as fans is to remain vigilant in our own daily lives to help reduce the spread and hope that the league can recover quickly with minimal damage. There is no doubt in my mind that Adam Silver, the board of governors, the owners, and the NBPA are all working together to figure out how to do exactly that. In the meantime stay safe, stay healthy, and go Celtics.