Don't panic! But is the NBA season in jeopardy?

The NBA, similarly to the entire world, has a COVID-19 problem. Celtics fans are likely aware that both Jayson Tatum and Robert Williams tested positive for COVID-19 in the past week. Due to the positive diagnoses, a number of other Celtics players must quarantine as a result of contact tracing, leaving the Boston Celtics with less than the NBA minimum eight (8) eligible players to play in a game. The injury report for the intended January 10th game against Miami was three tweets long for the Celtics, which is rare to say the least.

With so many players deemed ineligible for gameplay, the NBA decided to postpone the Boston-Miami game. However, things have only worsened since yesterday, as the league has announced that Tuesday’s Boston-Chicago game will also be postponed, as the Celtics still will not have the minimum number of eligible players to play.

The Celtics’ COVID-19 situation is likely the worst in the league, but the NBA as a whole is being hit hard with positive cases and contact tracing right now. This morning, Adrian Wojnarowski announced that tonight’s Dallas-New Orleans game would also be postponed, as the Dallas Mavericks also will not have eight eligible players. Dallas shut down their practice facility on Sunday, but the postponement of yet another NBA game demonstrates the severity of the Coronavirus outbreak in the league.
The Philadelphia 76ers did play a game on December 9th after being hit with positive cases, and experienced what was realistically a scheduled loss to the Denver Nuggets. The 76ers could only dress eight players, one of which (Mike Scott), was nursing an injury and did not play. This resulted in a starting lineup that could not even include five players with photos in NBA jerseys. Rookie Tyrese Maxey did drop a career-high 39 points though, so good for him. 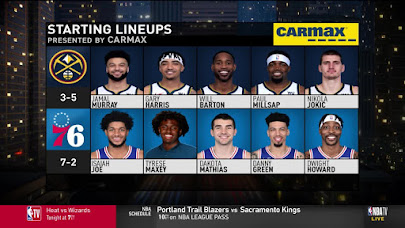 No basketball fan wants to see games essentially decided by the Coronavirus, which is why the league announced today that they would meet with the NBA Player’s Association to discuss modifications to the league’s Health and Safety Protocols. Furthermore, NBA general managers have a conference call set for today, and there will be a special Board of Governors meeting for tomorrow, Tuesday the 12th.
NBA fans anxiously await the results of these meetings, but one has to wonder: will the NBA season be suspended, or even canceled altogether? Commissioner Adam Silver must have known that this could be a possibility when the league decided on a shortened 72 game season, but the players’ safety must be prioritized as cases rise across the league.
Canceling the season appears to be unlikely at this point given the season’s early stage and the amount of money involved, but a short suspension does appear to be possible. The logistics of this would need to be worked out, as the regular season end date would be pushed back even further, or perhaps less than 72 regular season games could be played.
Another alternative could be altering the NBA’s COVID-19 policies. The league should definitely examine each rule as it currently stands, and examine how rules can be improved to prevent more positive cases. Woj highlighted some of the discussion points earlier today:

One possibility that is floating around is the idea that players who still have the necessary antibodies from previously contracting the Coronavirus would not have to quarantine. This was first discussed when Brooklyn Nets’ forward Kevin Durant had to enter a one week quarantine period, after already having the virus back in May. However, scientists are still unsure what degree of immunity antibodies provide against being infected again, so this appears unlikely given the NBA’s understandable caution around slowing the league outbreak.
No one wants to see the NBA season indefinitely suspended again, and hopefully the league can find a safe solution that prevents this from occurring. Given players’ understandable reluctance to isolate themselves from their families and enter an NBA bubble for both the regular season and the playoffs, fans can assume that a big announcement will soon be released that will explain how the NBA moves forward from this point. Hopefully, the NBA season can continue with minimal interruptions from here on out, as NBA basketball has been a bright spot for many fans during these difficult times.
What do you think will happen to the NBA season moving forward? Let me know in the comments below!