Who Rocked It Best? Number 20

As we close out the year 2020, lets take a look at a few former Celtics jersey 20s, and hear from everyone as to Who Rocked It Best?  Jersey 20 has probably seen some of the more contentious characters in Celtics history, and today we consider: Gordon Hayward, Brian Shaw, Sherman Douglas, and Ray Allen.
Hayward, of course, is most recently remembered for his injury-marked, short-lived run with the C's, as well as for his rather drawn-out free agency/TPE trade process.  When he rocked the Celts 20, though, Gordo was arguably one of the best facilitators the franchise had ever seen.  It's a shame he chose not to play among the Celts pantheon this season, but hopefully he finds better health and the spotlight in Charlotte.
Shaw was Boston's first-round pick (24th overall) in '88 and seen as a multi-skilled 6'6 point guard who would be the C's leader of the next generation.  But instead of taking the torch from Bird and teaming with Reggie Lewis for the future, Shaw left the Green after one season and played in Italy.  Following an ugly contract dispute with the Celts, Shaw came back to play out two more seasons ('90-'92) with Boston before finally getting traded to the Heat for...
...Sherman Douglas.  At the time, the General was having his own contract issues with Miami and so it was apt that both point guards were traded for each other.  They even took the other's jersey number 20 on their new teams.  It can be argued though, that Boston won that trade as Douglas played some of his best basketball with the Celts, including leading the team to the playoffs in 1995.
Finally, the last player for your consideration, Ray Ray was a member of the '08-'12 Big Three, along with Truth and KG, and is the only one in this group flashing a championship ring.  Allen is one of the best shooters in NBA history and his superior ability to knock down the long ball kept the C's elite.  The fly in Ray Ray's Boston ointment, however, is a reportedly contentious relationship with teammates (Rajon Rondo, mostly) which led to an unpleasant free agency departure for division rival Miami.
So of this group, Who Rocked the C's Number 20 Best?  Let us know! 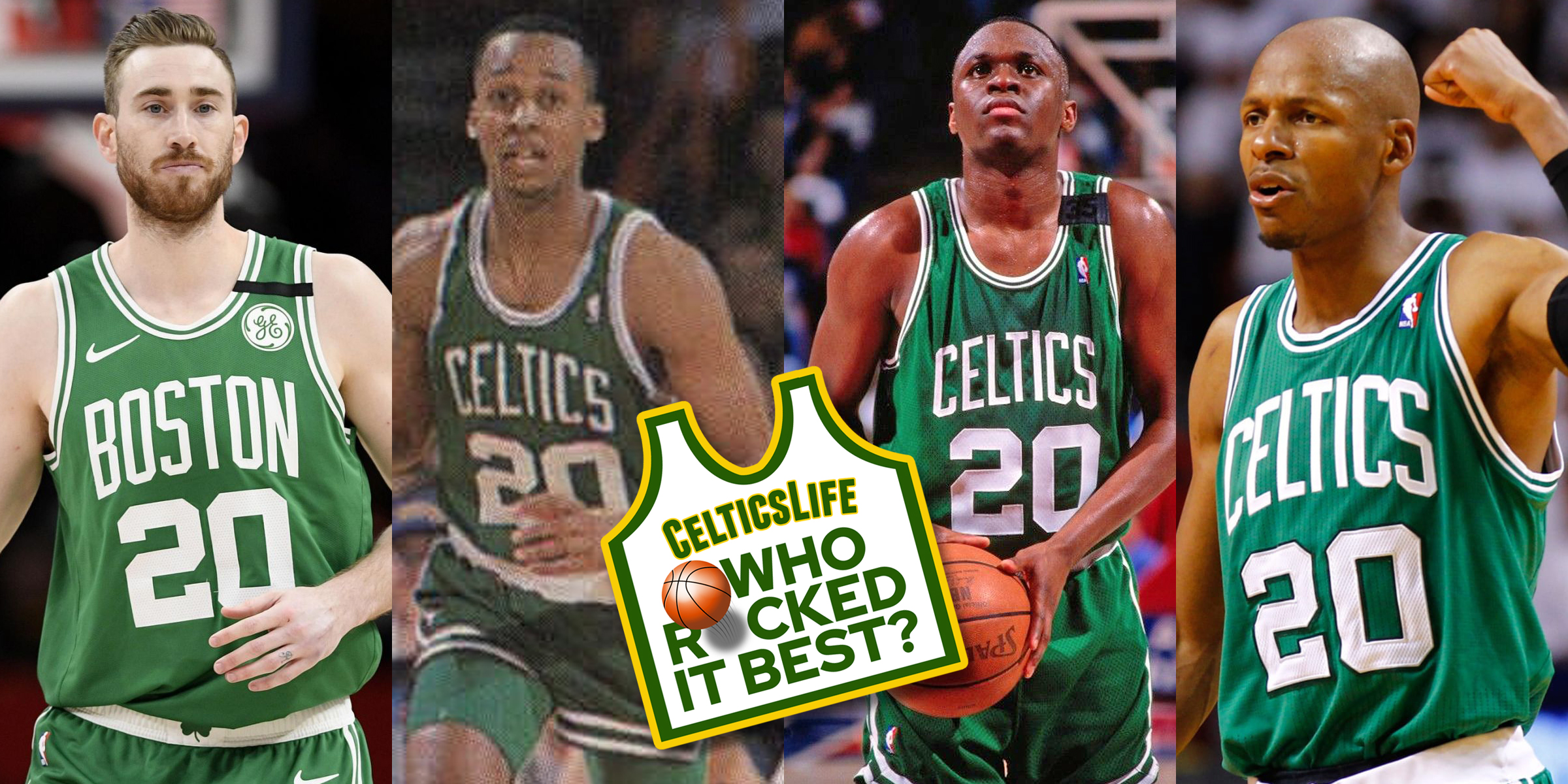