Those Jayson Tatum game winners are good looks for him 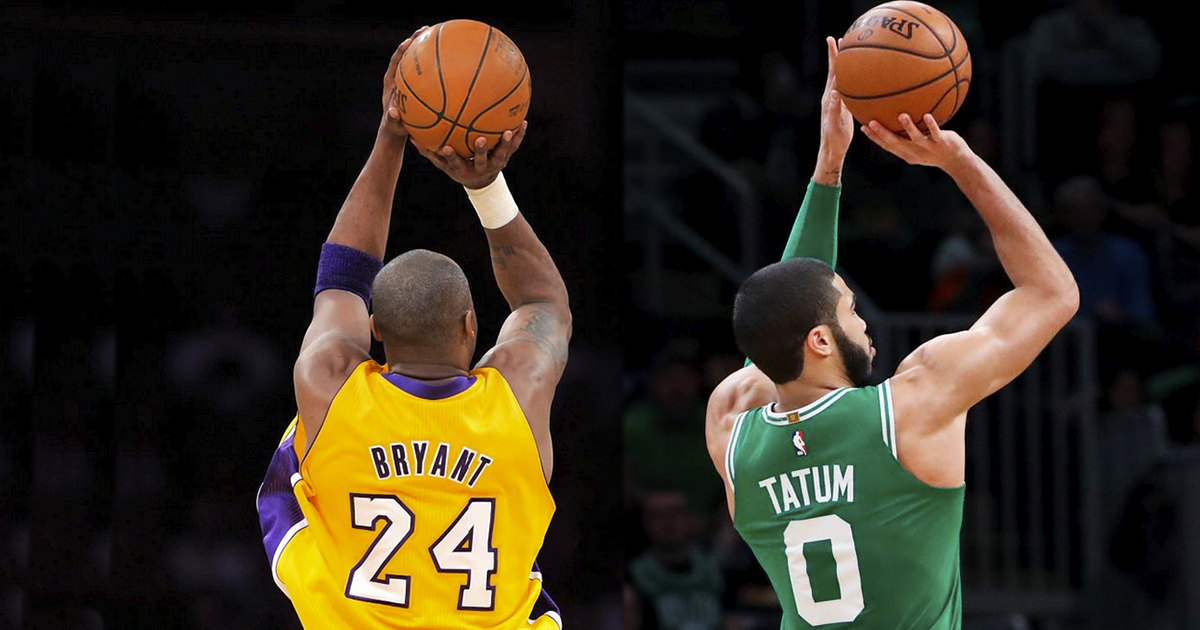 To be clear, Tatum wouldn’t keep taking these if Brad didn’t support it. In reference to Tatum's most recent shot Brad said:

"We were looking for a little bit of action off of an entry which they were denying. It went to Tatum at the top. We had that as an option. Tatum got separation, but that's obviously a tough shot, but he made it the other day. One of our best players and certainly one of the guys that you want to have the ball with the game on the line."

So it was "Plan B" off a broken play. I honestly think the concern about it is overblown. I actually like Tatum taking these shots. It’s good to consider these misses in context.

I talked about this a bit on the most recent episode of the Celtic Reddit podcast. Everyone always thinks of Kobe Bryant as a great clutch player because of all the game winners. Truth is if you looked at the shooting percentages in clutch time, Kobe was actually pretty terrible. From an ESPN article:

In 1997, he famously air-balled two shots that could have beat the Jazz; instead, the Jazz won the series. In 1999, he whiffed on a 3-pointer at the buzzer that would have tied Game 2 against the Spurs. In Game 4 against the Kings in 2002, he missed a 2-pointer that would have tied the game (before the ball was tipped out to Robert Horry for the winning 3). In Game 7 of that same series, Bryant missed a tip that would have won the game in regulation. In Game 3 against the Timberwolves in 2003, he missed two key shots in the last seconds of overtime, and the Lakers lost. I'll spare you the entire list, but it's long. In the final 24 seconds of playoff games, Bryant has racked up almost as many air balls as makes.

Back then, 82games would often have posts diving into clutch stats in game-winning situations and it was always interesting to see Kobe's shooting percentages laughably low behind even players like Carmelo Anthony.

"And then we get to Kobe Bryant. Kobe fans don't like to hear it, but while their man is #4 in the league in total game winners hit, he holds the top spot in a less glamorous category: most game winning opportunity missed shots!"

We just remembered the makes and forgot all the many many times Kobe bricked game winners. You’ll find plenty of articles about this if you dare shatter the illusion and dig for it. Here’s another from a 2015 article titled "Kobe Bryant might actually be the least clutch player in the NBA":

In “Kobe Time," our protagonist is shooting 35 percent this season. That is the fifth lowest figure among 22 high-frequency crunch-time shooters. For comparison's sake, Monta Ellis is at 56 percent on such shots this season.

Of course, those articles often overlooked that sometimes the best choice is to give the ball to your best player and get out of the way.

Boston has Tatum taking those step-backs, because it’s a makeable shot for him. It’s one of the key things that makes him special. His length, handles and footwork make him capable of creating space and getting his shot off against even the toughest of defenses. It puts him in a rare class with guys like Durant and Dirk who had size to shoot over anyone. While going for a two or driving for the basket might make sense in some of those situations, you also run a large risk of turning the ball over. Either with a picked off pass, a stripped ball, or an offensive foul (super common in late game situations). Back in the day we’d have Paul Pierce take these hero shots and it was maddening how often they struggled to get a clean look or the team failed to even get a shot off. I mean, let's be real... our dude once had possession late and got a technical foul with 12 seconds left. We were up 1. It nearly cost us a playoff game. Pierce was 27 years old (5 years older than Tatum right now). Again, like Kobe, we only remember late game heroics.

I also think it’s fine for him to get these reps now. Down the line you will need him to make tough shots when it matters. You need him comfortable in those situations so it’s like any other step-back three he takes (which he’s quite good at). We want him to get to a point like Ray Allen (who actually was clutch) where late game threes are just like any other three for him. He can afford to miss them now. All part of his development as an MVP level talent who can be counted on for heroics when we need him. It’s funny that a young LeBron use to take shit for shying away from these shots early in his career. They acted like he was afraid of the big moment. Well, clearly, Tatum isn’t afraid of the big moment. To steal a comment from a Kobe fan who defended his poor clutch shooting percentages: “Clutch isn't just about percentages, it's about mentality, not being afraid to take the last shot.” The hope is these Tatum attempts will pay dividends down the line over what we can hope is a hall of fame career with plenty of game winners. We will forget these misses.