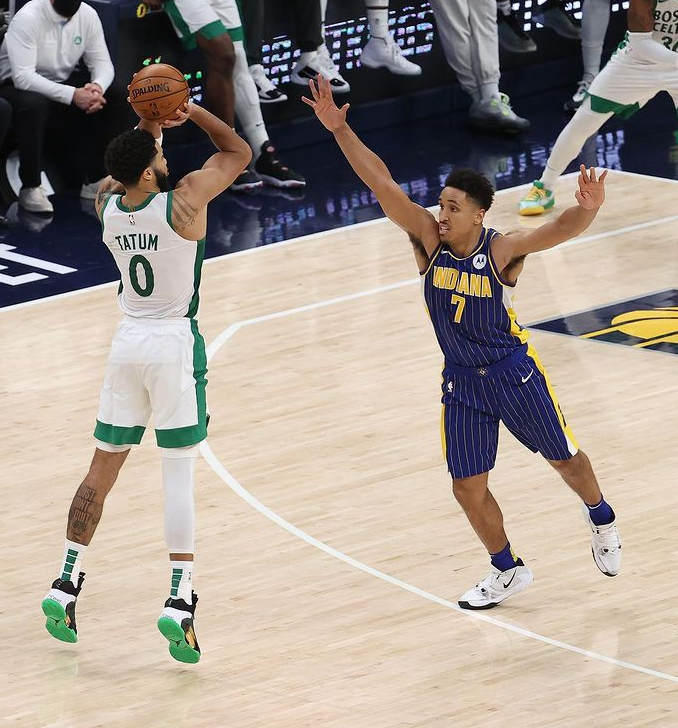 Game two of the mini series between the Pacers and Celtics ends with a 116-111 victory for the Boston Celtics. It wasn't the prettiest of wins as they were struggling all night until the fourth, but they improved their record to 2-2 on the season.
Tatum had a slow start but picked up his play in the fourth quarter. He had 14 points in the final 12 minutes to finish with 27 for the game with 11 rebounds. Tatum was finally able to get to the line tonight as he finished 8-10 from the stripe.
Jaylen shot the ball 7/13 from the field tonight. He finished with 20 points but struggled from the free throw line. JB shot 10 freebies in this game but was only able to knock down 5 of them. The Celtics were able to get to the line often, and they finished the game with 37 free throws compared to the Pacers' 16.
With Kemba Walker's knee injury still keeping him off the court, there are more minutes open at the point guard position, and Payton Pritchard is taking full advantage of it. He had 27 minutes off the bench tonight and finished with 10-5-5. His aggressive play off the bench came up big. Payton's ability to play with no fear, although it's only his fourth career NBA game, has earned him a lot of early approval from Celtics fans. 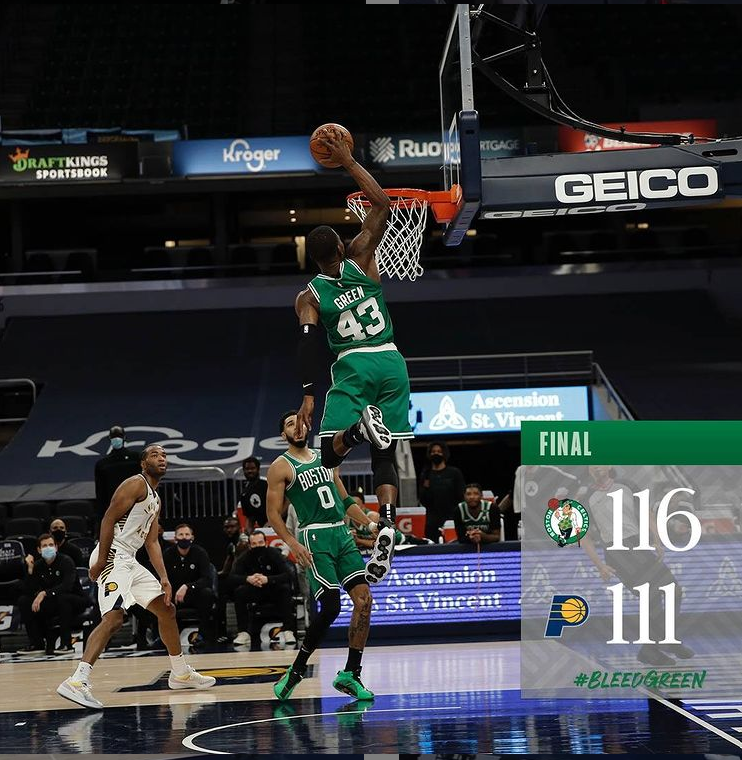 The Celtics need Kemba back. Jeff Teague is struggling and aside from the Jays, we desperately need another scorer. Kemba Walker, when healthy, is an all-star caliber point guard who can easily contribute with 20+ points a game. The former UCONN guard is also no stranger to taking and making shots late in the game. Just his presence on the court alone will help Jaylen and Jayson out a bunch. He'll draw more attention on the offensive end which will open the floor for both our young stars.
Victor Oladipo, who missed the first game against the C's, was the leading scorer for Indy in this game. He had 24 points to go along with 6 rebounds, and 6 assists. Malcolm Brogdon also scored 19 but there wasn't much scoring from Indiana in the fourth as they got cold.
The Celtics outscored the Pacers 33-17 in the final quarter. This was exactly what they needed to close this one out after yet another bad 3rd quarter from the C's.  Boston got on a 24-6 run and held the Pacers without a field goal for a consecutive 3 minutes and 40 seconds at one point.
The Celtics are right back at it tomorrow night. They'll be in Boston as the Ja-less Memphis Grizzlies will be coming to town.
Read more from George Dimis HERE! 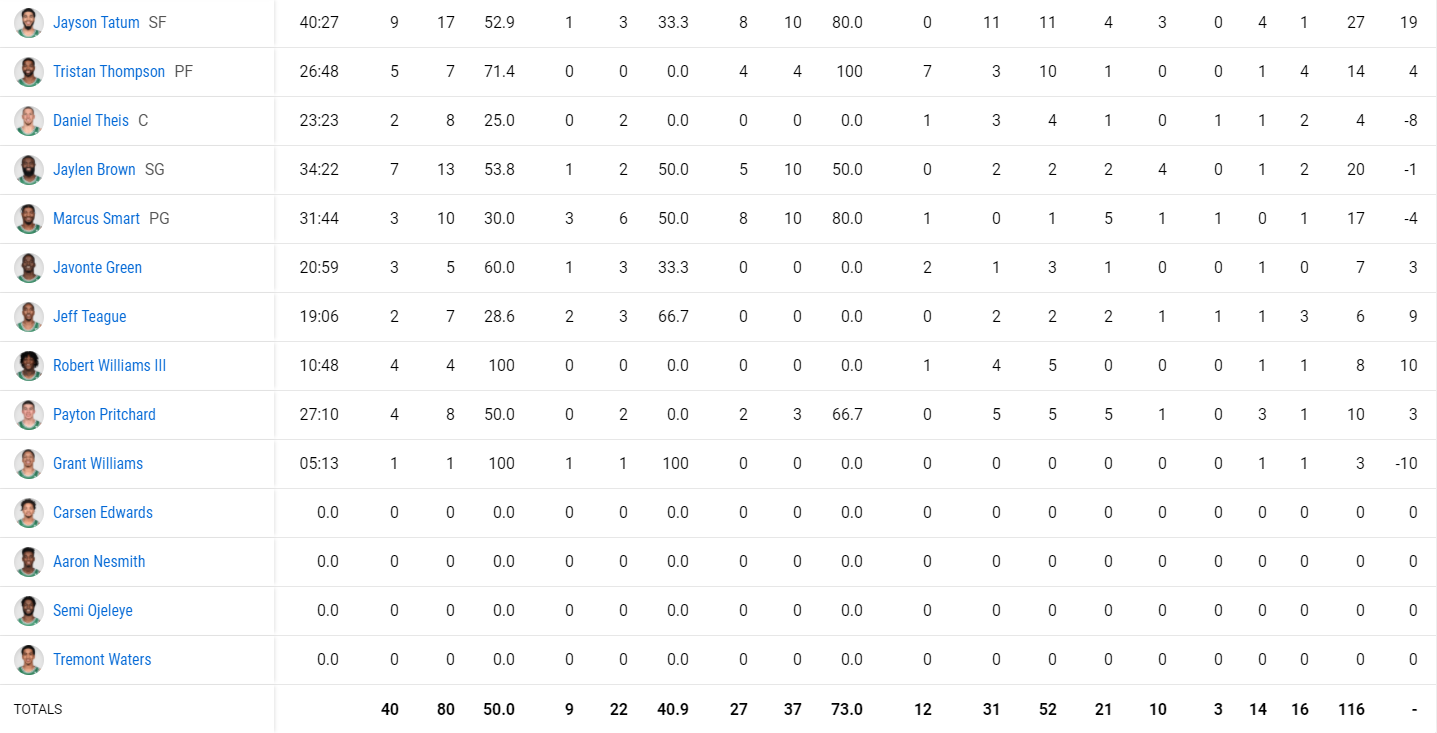 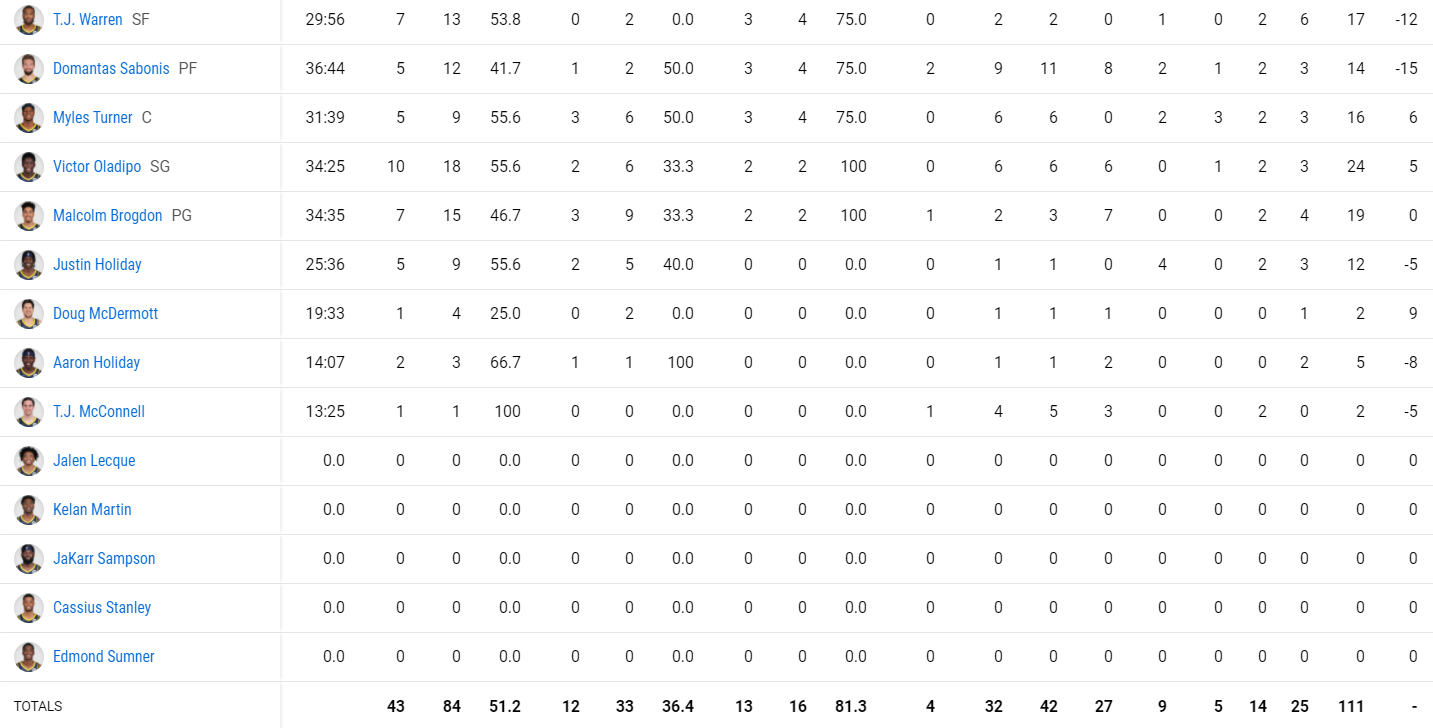