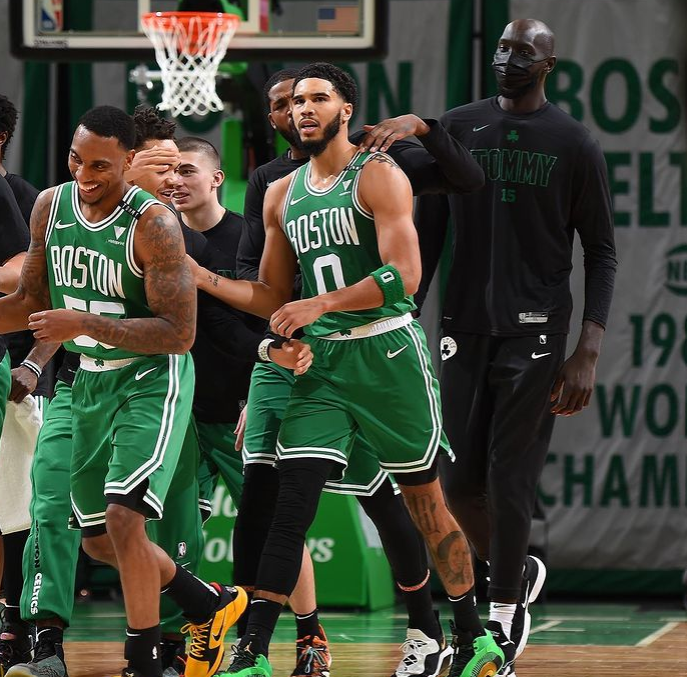 The Celtics' 2020-21 season is officially underway. Celtics opened up their season Tuesday night in Boston as they took on Giannis and the Bucks. This game looked to be in Boston's hands. They had a 17-point lead in the second half but it slowly went away. The 4th quarter was all Milwaukee as they took the lead going into the final seconds. The Bucks outscored the Celtics 37-21 in the 4th quarter, and took a 120-119 lead with just seconds left, but Jayson Tatum hit an insane three-pointer to make it 122-120 in favor of the C's. A last second lob attempt to Giannis gave us one last scare as he got fouled and had a chance to send the game to overtime. He hit the first free-throw to cut the lead to 122-121 but he couldn't knock down the both of them, and the Celtics start their season 1-0.
It was a good night for the Jays. Jaylen Brown finished with 33 points to go along with 5 rebounds and 4 assists. Tatum struggled early, but ended the night with 30 points including his game-winner over the two-time MVP in the closing seconds. Jeff Teague in his Celtics debut came out and scored 19 points off the bench including 4 shots from behind the arch. Big outing for the new Celtics PG as we needed him to step up with Kemba being out. We got to see some early action from Payton Pritchard tonight who hit a deep three to record his first points of his young NBA career.
Tristan Thompson, who also made his Celtics debut tonight,  was solid. He finished just two rebounds away from a double-double (12-8). He looked good on the glass which is exactly what the Celtics need. That was a huge reason for the Bucks coming back tonight. Just like in previous years, teams kill us on the glass which allows teams to crawl back into the game no matter what the deficit was. It was tough to watch as a fan but a win is always good. Can't stay too mad after a win but we definitely have some work to do. 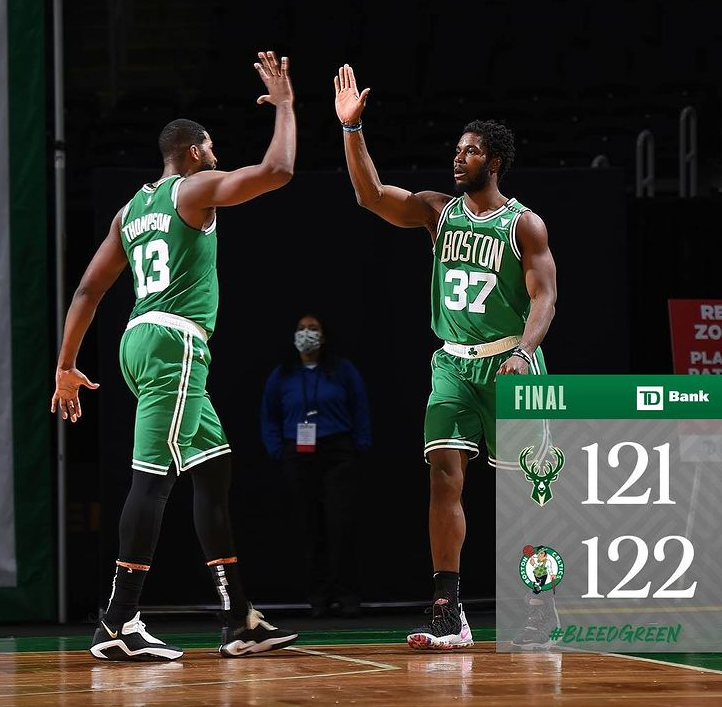 Giannis had a big night in his first game coming off of his big extension. He finished the game with 35 points and 13 rebounds. Although he only made 3 out of his 8 attempts, Giannis seemed a lot more comfortable with shooting from deep. Khris Middleton does what he does best which is obliterate the Celtics every time he steps on the floor. He was just two assists away from a triple-double as he finished with 27-14-8.
Jrue Holiday who made his first appearance as a Buck today looked like he fit right in. His play alongside Giannis and Middleton looked very promising. He contributed tonight with 25 points and 6 rebounds.
Not the best game for the C's tonight. They lost a big lead but the end result was just what they wanted in the standings. The Celtics will have an even tougher matchup Friday on Christmas Day against KD, Kyrie and the Brooklyn Nets.
I hope everyone reading this has a great Christmas and you'll be hearing from me after the conclusion of Friday's game.
Read more from George Dimis HERE!