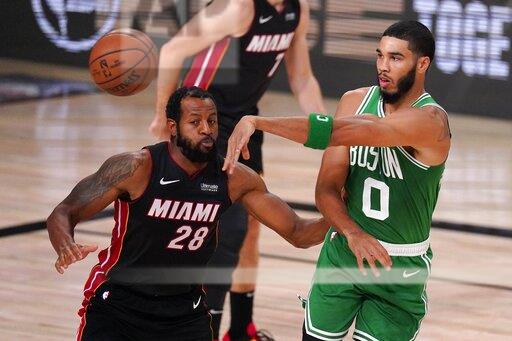 The loss of Gordon Hayward means a lot of things for the Boston Celtics, both negative and positive. One, it lessens the overall talent and scoring on the roster by quite a bit. Two, it creates an opportunity for young guys Langford and Nesmith to try and carve out a role early on which Nesmith will get the first crack at with Langford out for the first part of the season. Three, the signing of Tristan Thompson or anyone seeking more than the vet minimum would have been much more difficult as the Celtics were hard capped and wouldn’t have been able to use the maximum player exception. Four, it should allow Boston’s budding star and superstar to further develop their skills and take on even larger roles with potential for future growth.
This last point is one I find could become most important and has been lost among the other points outlets have made. Although the Celtics certainly are in a “win now” mode, they cannot afford to lose sight of the future and development of its young stars.
In his 3 seasons in green, Gordon Hayward operated as a secondary ball handler and facilitator in Brad’s system, often times as the primary with certain line-ups on the court. While Hayward was out in the 2020 playoffs, Tatum took a noticeable leap in those categories. The third year star improved his regular season assists per game from 3.0apg to 5.0apg in the playoffs. Often, he would operate as the point man for long stretches when Kemba Walker was off the court and especially when Walker and Smart were both taking a breather. He became an unmistakably better playmaker and facilitator throughout the playoffs and it showed up in the box score.
Furthermore, Tatum should be able to continue and grow upon that leap as the 2020/21 season progresses. With Kemba out for the first few weeks at minimum of the season, he should have an even more open opportunity to improve these traits. If he develops ability to create shots for others and make his cohorts around him better, he will become a true superstar and I believe he is headed toward that in year four of his already impressive young career.
(AP Photo/Mark J. Terrill)