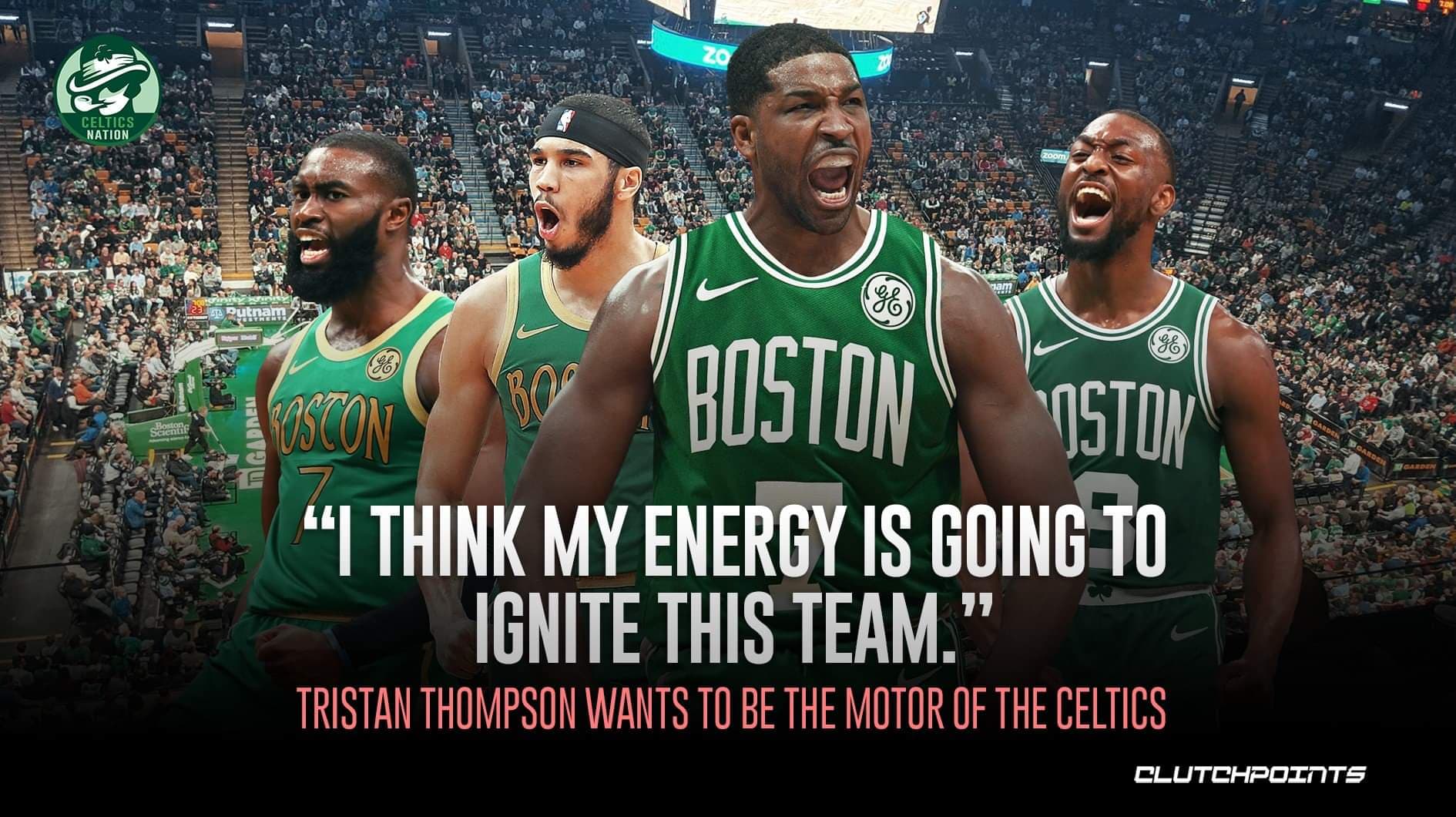 If you want to be excited about the Celtics signing of Tristan Thompson even more than you already do, read on to hear what the team's major offseason acquisition had to say today:


“Coach Stevens, me and him talked and he said everything I expecting him to say. Be myself, come out and share my wisdom – the good stuff and the bad stuff – to help these guys grow,” said Thompson. “On offense and defense, bring energy. I have to be the motor that jump-starts the team and get us going. I’ve always had the role and been like that since Day 1.
“I’m going to play harder than whoever I’m playing against and that is contagious. Everyone around the league knows how valuable that is, so it’s just about being myself. This ballclub, I think that can help them a lot,” he added.
“Smart is a bulldog and has done a great job not backing down since Game 1. He’s done that at the guard position and I’ll bring the same at the big position. I’m going to play the exact same way you saw me playing with the Cavs against you in the playoffs.”
“Miami’s bigs were playing at a high level, so my job is to come in and make it hard for them. Like Perk would say, ‘Lay that wood,'” joked Thompson.


The Celtics could definitely use a tough guy that's not a guard, so this is all welcome news. Thompson was my dream buyout candidate last winter, so was excited to see the Celtics add him this offseason. He is on a two year contract, but with a player option, so unfortunately its more like a 1 year deal for the Celtics an its fans. But if Thompson holds up his end of the bargain, I'm sure Boston will at least attempt to re-sign him next summer to a longterm deal.
While Thompson will turn 30 this season and Boston hasn't had the most success with players on the other side of 30 staying healthy, that's not always the case with veterans. I could see Tristan being a productive piece for us for multiple seasons.

📽 A look at what Tristan Thompson can bring to the Celtics