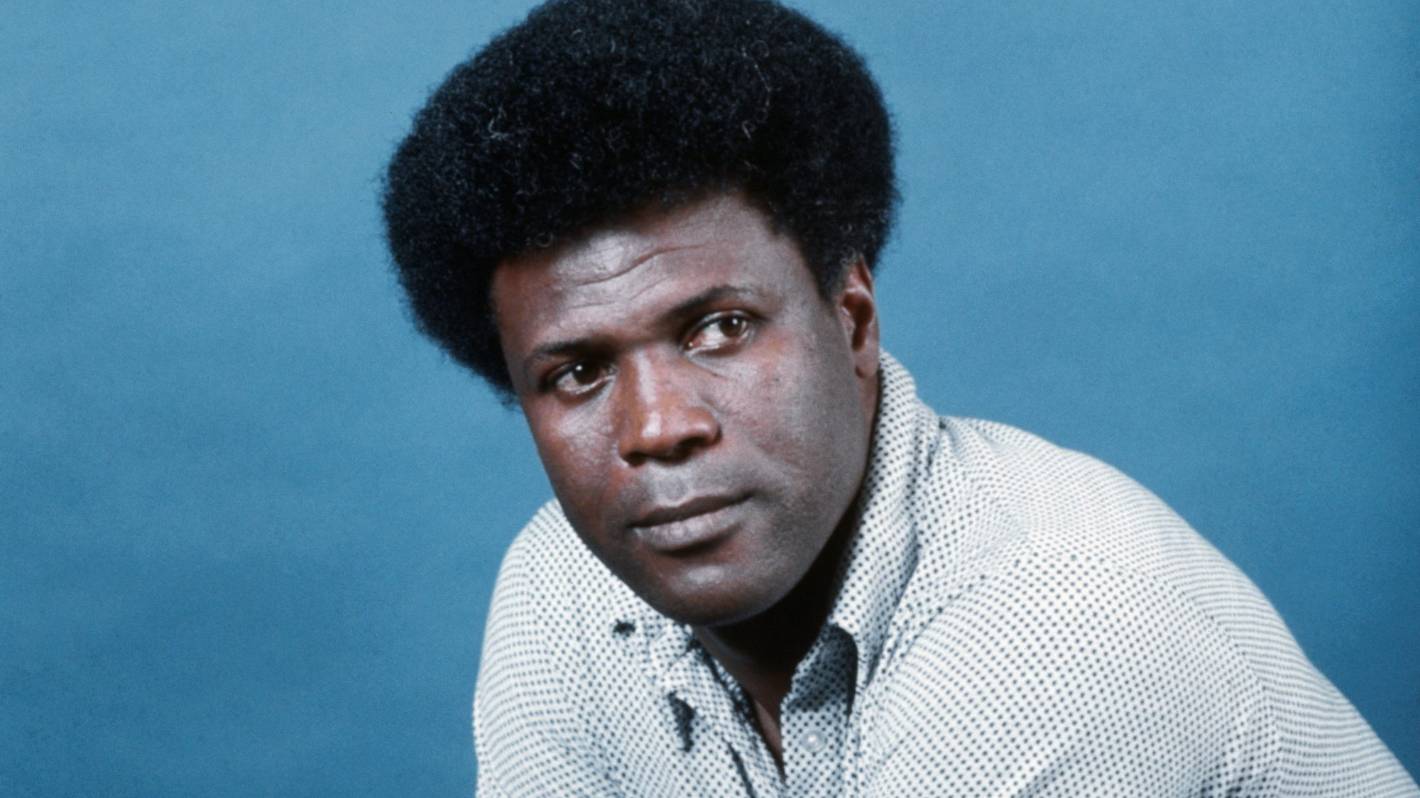 On April 16 of 1967, 34-year-old K.C. Jones played his final professional basketball game In Philadelphia’s Convention Hall, contributing four points, four rebounds and an assist before fouling out in 16 minutes against an iconic 76er team anchored by Wilt Chamberlain. It was the only season of Jones’s nine-year career in which he would lose his final game. 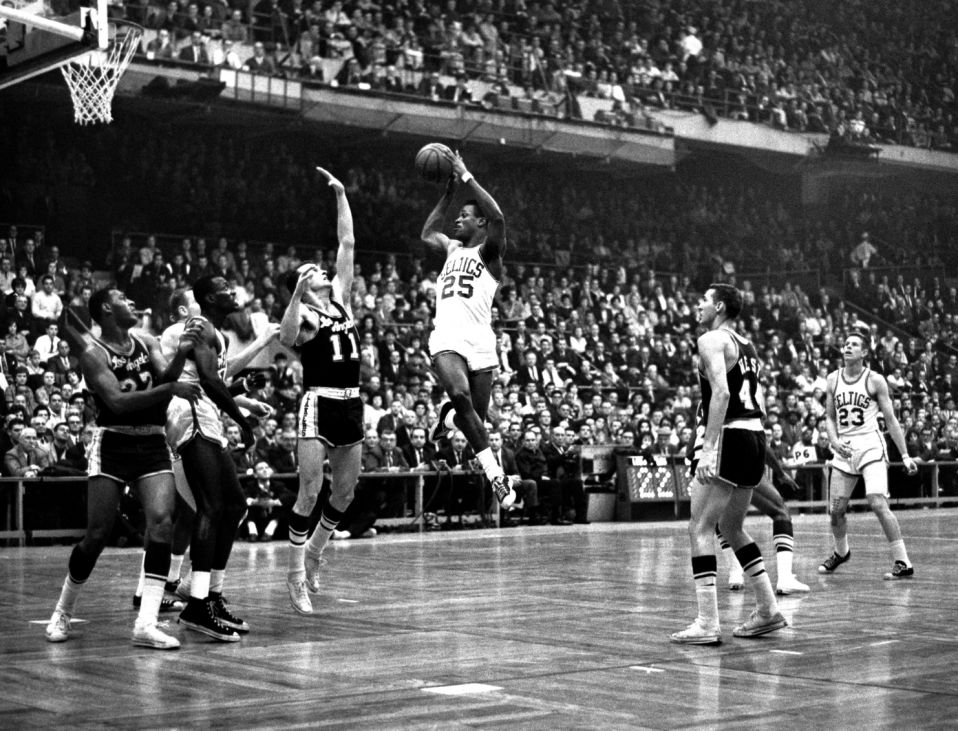 Five seasons later, those two future Hall of Famers were aligned together, winning a championship and setting a standard for NBA excellence (33 consecutive victories) that stands to this day. Assisting former teammate Bill Sharman that season was K.C.’s first pro coaching job, straight off the campus of quaint little Brandeis College in the Boston ‘burbs. 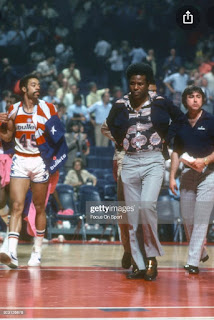 K.C. Jones rubbed shoulders with quite a bit of historic achievement in his time, which sadly came to an end on Christmas Day at the age of 88. That gig with Wilt’s 1972 Lakers sent Jones to San Diego as headman of the ABA’s Conquistadors for a season before being scooped up to replace Gene Shue as bench leader of the perennially-contending Bullets.
In the 1975 postseason, Jones and his assistant Bernie Bickerstaff repelled Tommy Heinsohn’s defending champion Celtics to reach the final round, falling to a Golden State squad under the direction of Al Attles and Joe Roberts. These NBA Finals were the first ever to be contested by teams with entirely African-American coaching staffs.
It had been just 10 seasons since an NBA team had utilized an exclusively black starting line-up of players – our Mr. Jones, you might recall, was part of that quintet.
It’s almost unfathomable that this NCAA and Olympic champion had been so uncertain of his basketball prowess that upon graduation he took his degree and skill to Uncle Sam’s Army, then took a crack at pro football before re-joining Mr. Russell’s neighborhood for a playing career that would culminate with his 1989 Springfield enshrinement.
Sports Illustrated had offered these thoughts on the Texas native’s game during his senior season as a USF Don:

With his brilliant speed, deadly set shot from outside and dogged defensive ability, he has been the perfect foil for the elongated Russell, who operates entirely from close under the basket. In addition, Jones is also captain of the Dons, their play-maker and spark, and the friend as well as teammate upon whom the sometimes diffident Russell leans for support. (SI, Jan. 23, 1956) 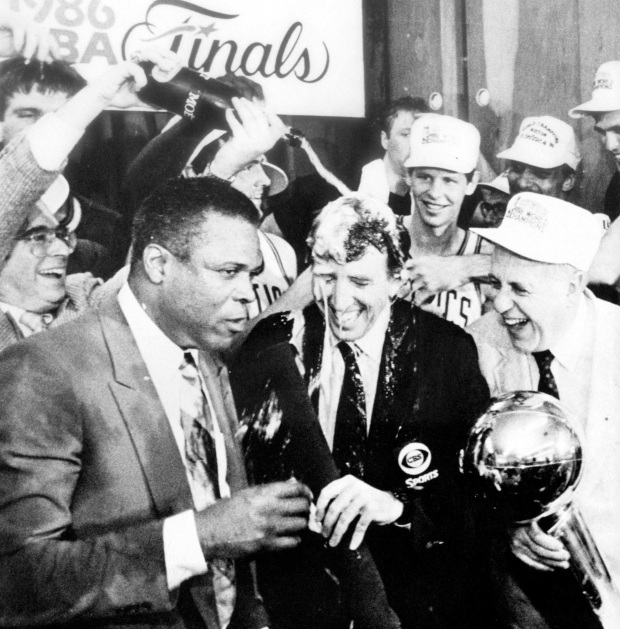 Big Bill offers these thoughts in his 1979 memoir Second Wind about his supportive but tight-lipped college roommate:

K.C. has an original basketball mind … In those days almost every player and coach thought of defense as pure reaction … K.C. thought differently. He was always figuring out ways to make the opponent take the shot he wanted him to take when he wanted him to take it, from the place he wanted the man to shoot.

Bill would subsequently opine, “Of all the men I know in life, K. C. is the one I’d like one of my sons to be like.”
And the best, un-sentimental take of all may have come from Celtic great Larry Bird, who once said of his coach, “He’s the kind of person I’d like to be, but I don’t have the time to work at it.” 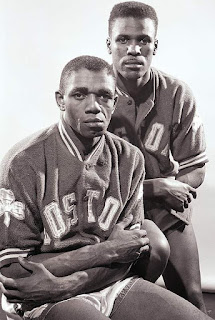 Abacus Revelation for the Road
As he was politely declining Red Auerbach’s offer to succeed him as the Celtics’ bench coach in 1966, Tom Heinsohn offered Red this thought: “The best guy to coach Russell is Russell.”
While Tommy-Gun was on point in his assessment …
… in hindsight, the best man to coach Russell’s team at that point may well have been K.C. Jones.
Coaching was in K.C.’s blood; when women’s pro ball came to his adopted home of Hartford in the mid-‘90’s, K.C. Jones was “on board” – and on the bench.