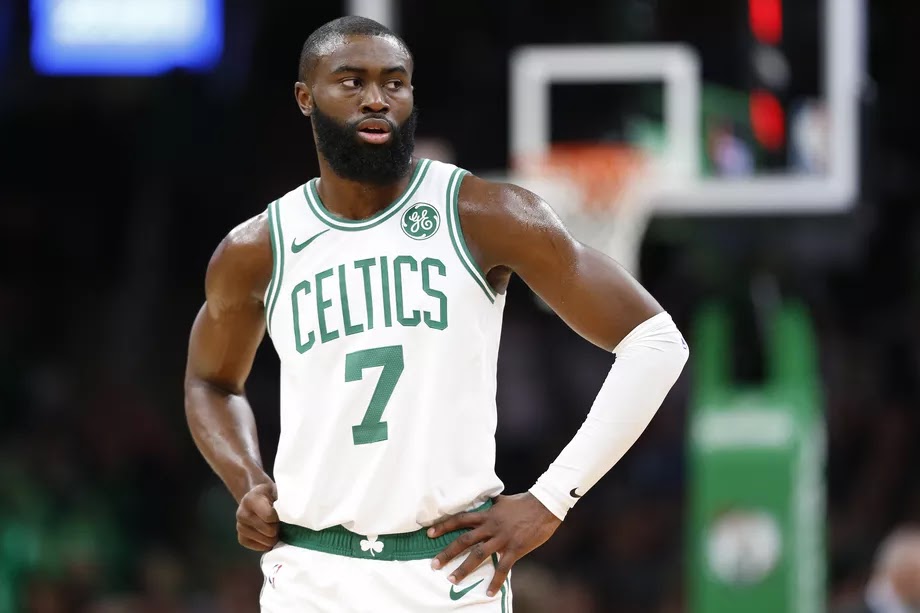 Jaylen Brown has 60 total points in the Celtic’s first two games of the season. As impressive as that is, what’s more impressive is how much his game has really grown from year four to this year, year five.

In seasons one and two, he was really stuck on driving to the hoop no matter what, as he wasn’t a great shooter yet and wanted to dunk on everybody any chance he had. Later in year two and three, he started slowly working on his shot and making the choice of when to go for the poster dunk and when to either attempt a contact layup or kick it back out. By year four (last season), he had softened his touch enough and improved his footwork enough that he could hit post-up turnaround jumpers and finish layups through contact. This development is what led to his 20.3ppg last season. Now, it appears even with a small sample size, that Brown has taken his game another one or two steps further.

In games one and two, Jaylen has shown that he has improved his handle, his passing, his shot making, and most importantly his ability to read the defense. He is looking like a player that could score 20-25 points a night especially with Kemba Walker out with his injury. With the departure of Gordon Hayward this offseason, C's fans weren’t too sure how we would replace him in the offense. Through just two games, now we know, as Brad Steven’s has been using Brown similarly to how he used Hayward in the past. It is for that reason, Jaylen has been getting a chance to show what he can do in the pick and roll and to this point has looked like and absolute natural. Take a look;

This type of play is promising from Jaylen Brown. Changes pace, leads the pick and roll, relocates after finding Theis on the perimeter. Could have thrown a more accurate pass to Theis, but did a lot right on this possession with and without the ball. pic.twitter.com/NFYvwjhz7L

Jaylen has shown that he has really improved his reads and playmaking this season. Watch him drive, read where the help is coming from and quickly pass to Theis who's man left to help for an easy bucket in pick and roll;

First he rejects the double screen to open up the floor before finding Thompson for the easy bucket. This is a good read of the spacing to open up the right play vs forcing the screen. pic.twitter.com/C8QOFZ05c6

Then on this one, he gets the screen, sees he has Giannis coming up on him with nobody behind him for help and makes a simple hesitation move to get by for the easy layup;

Last one. Brown uses the screen and hesitation dribble to get by Giannis for the layup. Great combination of:

If Jaylen Brown can continue being this effective out of pick and rolls, he will find himself in the all-star lineup this season for sure.