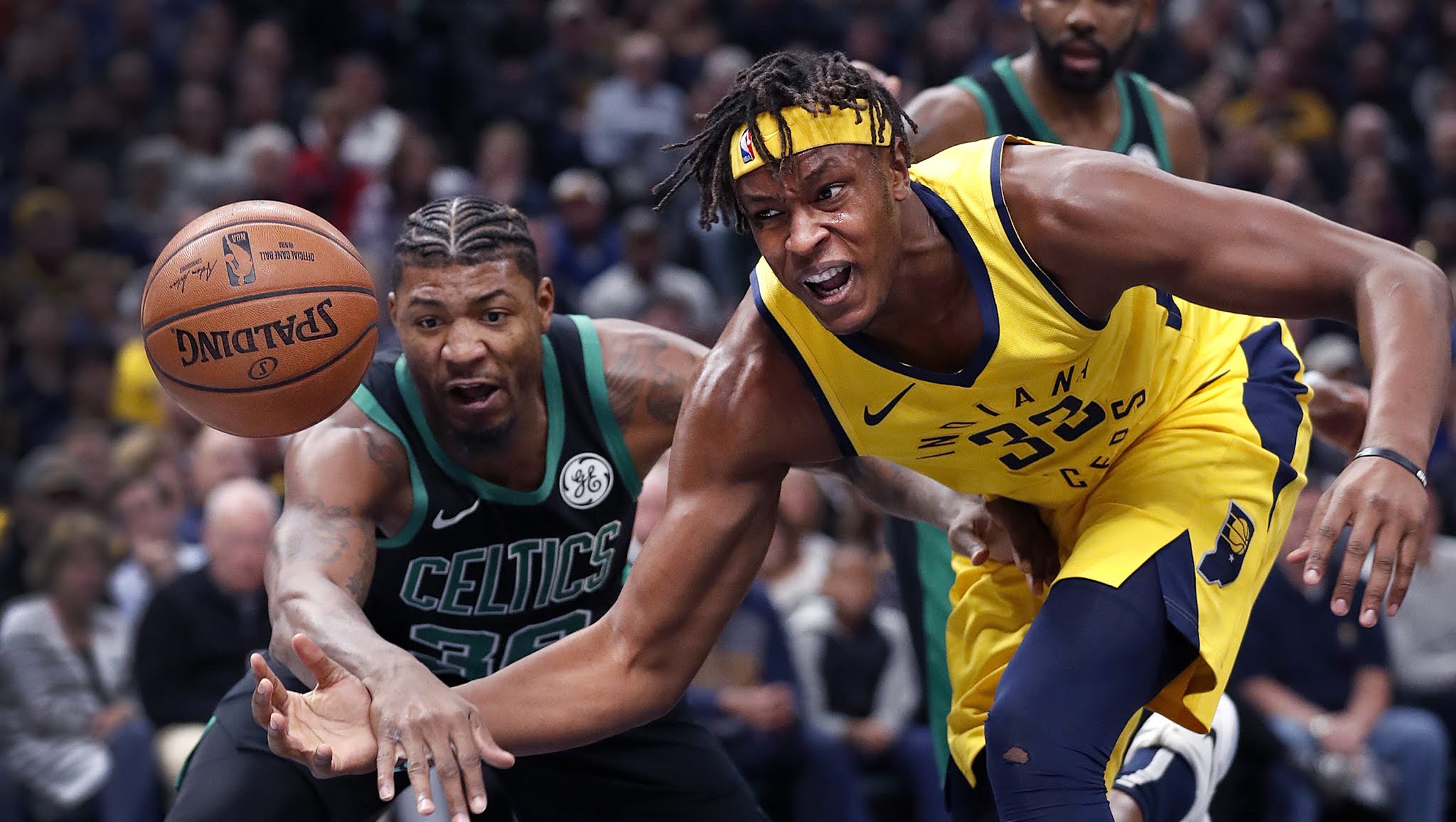 Game three for the Celtics concluded with them being narrowly defeated by the Indiana Pacers. The Celtics fell to 1-2 Sunday night following a tough 108-107 loss. The Pacers had some great play all night from Malcolm Brogdon. The Indy guard finished the game with 25 points. The 6'6 guard also added 5 rebounds, and 5 assists. Their big Domantas Sabonis also had a solid night as he had 19-10-5 tonight in 40 minutes of playing time.
Indiana had some great help off the bench tonight. Doug McDermott and Justin Holiday dropped a combined 29 points off the bench which is just what the Pacers needed tonight if they wanted to get the victory.
Jayson Tatum led the way for the Celtics tonight although it wasn't his best night shooting the ball. He finished the game with 25 points, 11 rebounds, and 5 assists. Tatum had an opportunity to knock down his second game-winning shot of the season tonight, but his deep three-point attempt was no good in the final seconds. Payton Pritchard had a good outing tonight and was even on the floor in the final few minutes to close this game out which is a big spot for a rookie to be in. Payton finished the night with 13 points while shooting 100% from the field. The young guard was 3/3 from deep tonight, and played very aggressive while on the floor. 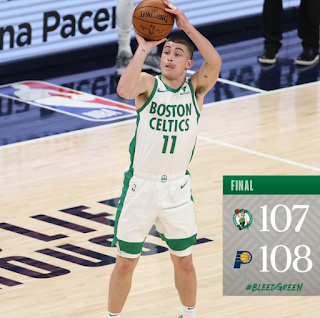 Robert Williams pitched in with 12 points on the bench and came up big defensively with 4 steals. One of the four steals allowed Marcus Smart to get an easy fast break layup to put the C's up one with just 11.8 seconds left, but they couldn't hold onto the lead. Sabonis drove and finished a layup while drawing the foul on Time Lord to give Indiana the lead for good.
The Celtics had one more chance to get the lead back tonight. With 7.7 seconds left, the Celtics inbounded the ball to Tatum with the game in his hands. For the second time in three games, Brad draws up an isolation with Tatum behind the arch to end the game. I love Brad and trust Tatum, but can we please stop with this ATO play? You might recall Tatum banking the shot off the glass opening night to win over Giannis, but is that really the best play to draw up? I wasn't a fan of that play call opening night, and I am still not a fan. A 1 on 1 ISO ending in a 30-foot step back jumper at the buzzer just isn't the play I think makes sense late in the game.
The Celtics have a shot at redemption on Tuesday night as they're going to stay in Indiana and get ready to play the Pacers in game two of their mini series. I'm looking forward to Tuesday night to see how they bounce back after a tough loss. Jaylen didn't have his greatest of games and I'm sure he'll bounce back, and I'm looking to see if Payton Pritchard will get a few extra minutes on the floor after his performance tonight.
Read more from George Dimis HERE!