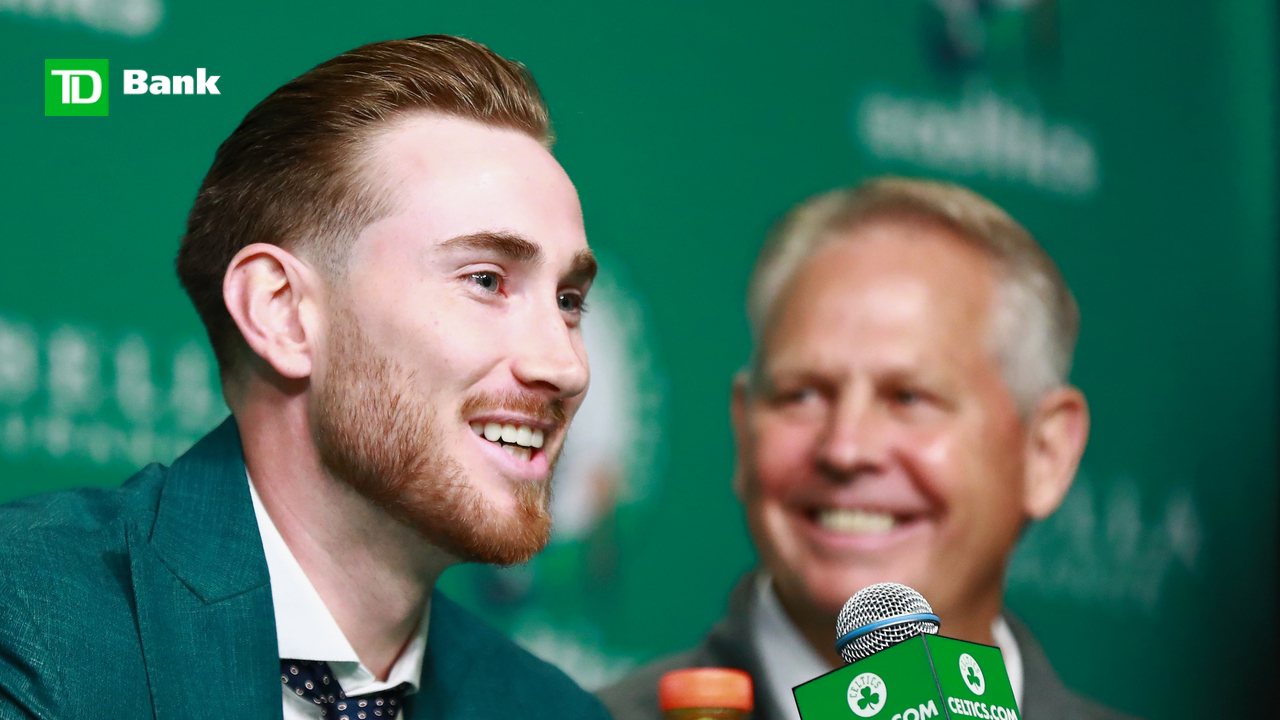 Love this message of gratefulness to Gordon Hayward from Danny Ainge. It's really how all Celtics fans should feel. Ainge might not follow @celticslife on Twitter, but his words are almost verbatim what I've suggested he say, well at least in regards to Hayward.
In terms of the reported failed sign-and-trade with the Pacers, Ainge definitely didn't accept any blame. He can't discuss specific players publicly, so if you were waiting to hear his thoughts on Myles Turner or TJ Warren, that wasn't going to happen. The Celtics would get penalized for that. Also who would want to deal with Danny if he publicly talked down your team's assets. Now Ainge "can" leak stuff to a reporter, but he can't be the mouthpiece.
Regardless the Boston media loves Danny Ainge (Well I don’t listen to sports radio besides Toucher & Rich so YMMV), so whatever spin Ainge the savvy politician was going to throw out there they'd run with. Ainge predictably went with the well we talked with multiple teams, but Hayward was a free agent, so he dictates where he goes spin, narrative, or whatever you want to call it. At this point no one is changing their minds. If Montrezl Harrell doesn't spurn the Hornets lucrative offer for his much smaller wink wink deal with the Lakers, the Hornets have no means to sign Hayward to anything close to $120 million. So it wasn't all in Hayward's the hands. The while situation was fluid. But saying that Hayward planned to sign with the Hornets all along is a quality narrative to go with with a friendly press.

Danny Ainge spoke to media today about free agency and putting together this year's roster. pic.twitter.com/r5VBWq9fFh

One day we might get the true backstory of all the negotiations from some unbiased reporter or maybe when Ainge years down the road is retired he will open up and be candid. You know one of those interviews way down the road where you can boast about your greatest moves and laugh about some failures?
It was good to hear that the Celtics at least attempted to re-sign Hayward. That was always the best possible outcome for the Celtics, since he's a very good player and will be hard to replace. Now that Hayward is a Hornet and both he and Ainge have explained why (and the latter has provided his fans with the talking point they wanted), we can all hopefully move on. Opening night is just 3 weeks from today!