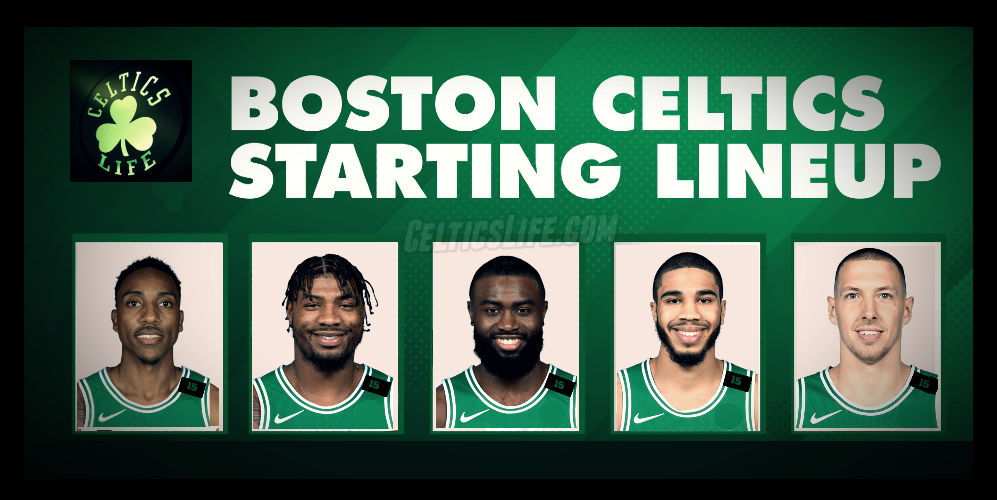 Danny Ainge and Brad Stevens told us what we already knew today and that is that Celtics All-Star point guard Kemba Walker will not be ready to go by opening night. Kemba will be brought back sometime in January and be brought along slowly. Expect some maintenance games off during the season. The key is to get the best out of you max player during the playoffs and not the regular season, so this all makes sense.
We also learned today that Tristan Thompson has a hamstring issue, which isn't supposed to be that serious, but he won't be going full steam to begin camp. Romeo Langford additionally will remain out for a few months, which is a pity since there is an opportunity in this rotation for the second year guard if he can ever knock the injury bug.
So with all that said, here is an early look at the rotation. Obviously this is completely subject to change if a player excels or plays poorly in camp and in the preseason or additional injuries arise.
It will be a tall task for Jeff Teague to learn the Celtics system in 3 weeks and only two preseason games, but expect him to start at the point until Kemba makes his return whenever that may be. The other option was to start Marcus Smart at the point, but with the Celtics decision not to add another wing to replace Hayward, Smart will likley start alongside a primary ball handler in the backcourt.
Jaylen Brown and Jayson Tatum will be your starting forwards and due to Tristan's injury, I think it's even more likely that Daniel Theis is your opening night center. With a new point guard running the show the first month it also gives him 4 players who are all already well versed in Stevens' system.
One player who could alter that projected starting 5 is Grant Williams. If he comes on like gangbusters the next 3 weeks, he could potentially snag a starting forward role, with Tatum then moving down to the 3 position and Jaylen to the backcourt. Stevens could then decide between Marcus or Teague at the point. Maybe the Celtics envision Marcus as the 6th man this season, so this would give the team an avenue to institute that from the start.
While teams always shorten their rotation during the playoffs, they play considerably more players during the regular season. So far we've only named 6. Obviously you'll have Tristan in there and my guess is that in the regular season you'll see some two big man lineups so Robert Williams will have the opportunity for minutes. Right now he's the 3rd big on the team, so he might not get as many minutes as us Time Lord fans were hoping for when the other two bigs are playing. Long season though and injuries happen. Just be ready Robert when your name is called for a major role.
Now that we have the bigs covered we're up to 8. If the Celtics start Grant Williams and have Smart come off the bench, you could conceivably just role with Teague and Marcus as your point guards. But if they start both there will be at least some minutes for either Tremont Waters or Payton Pritchard. That will be a camp battle. So one of them will round out the point guard rotation. 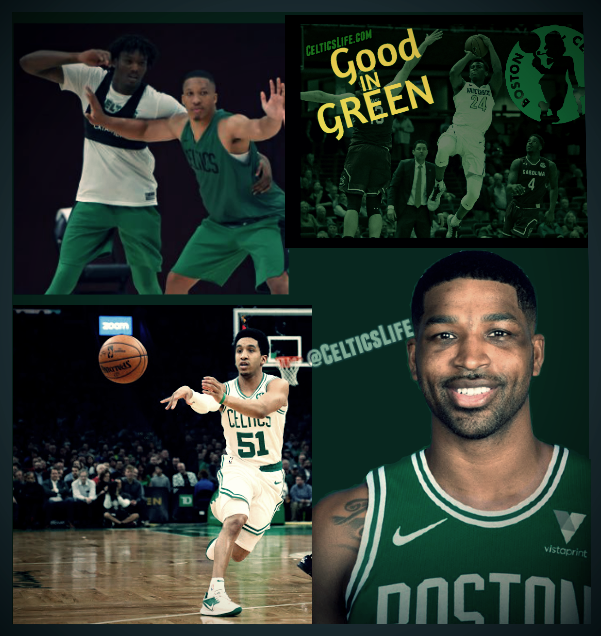 Now we're at 9. Kind of crazy that in an era of wing dominance the Jay's are the only known commodities at the wing for the Celtics. Grant is more of a 4. Marcus is a guard (though he can guard anyone). So someone needs to step up and fill the missing wing role. I think it would have been Romeo, but instead expect Aaron Nesmith to get roation minutes and possibly quite a lot from the start as the wing off the bench. He's more of a 2 guard, but we're in the positionless NBA, so no biggie.
What about Semi? Well Ojeleye will end up getting minutes because somehow he always does, but based on potential I have Grant Williams in front of him and a rotation with more than 10 players is typically a recipe for complaints. Again, there are always injuries so he will play. Also Nesmith could not look ready in the preseason games and/or his foot issue could be an issue and then Semi becomes your 10th guy. Javonte Green could also be that guy and who knows, maybe he beats out both Nesmith and Semi, but I have him lower on the depth chart for now.
Sorry to disappoint, and especially on a Tacko Tuesday, but I don't see Fall getting roation minutes this season. If he makes very solid strides this year, then next year could be his shot. Carsen Edwards could get in the mix if he shoots lights out, since it is the number one abilty a basketball player can have, but until he does that he is also out of the mix for me. Everything is subject to change, but right now I'm actualluy more intrigued by Tremont than I am by Carsen. Both are small and we already have a small lead guard in Kemba, but Tremont gets after it defesnively and he's also much more of a point guard. If you're going to be undersized in the NBA, better to be an undersized point guard.
So that's my first lookm at the rotation, which could completley change at any point as training camp kicks off and injuries happen.
Starters: Teague, Smart, Jaylen, Tatum, Theis. Rest of rotation: Tristan, Grant, Time Lord, Nesmith, Tremont (or Pritchard)
What's your guess? Since teams don't really go with the old school 1 through 5 line-up, we'll try and use the more modern nomenclature.