Celtics vs Nets preview: the return of Kyrie 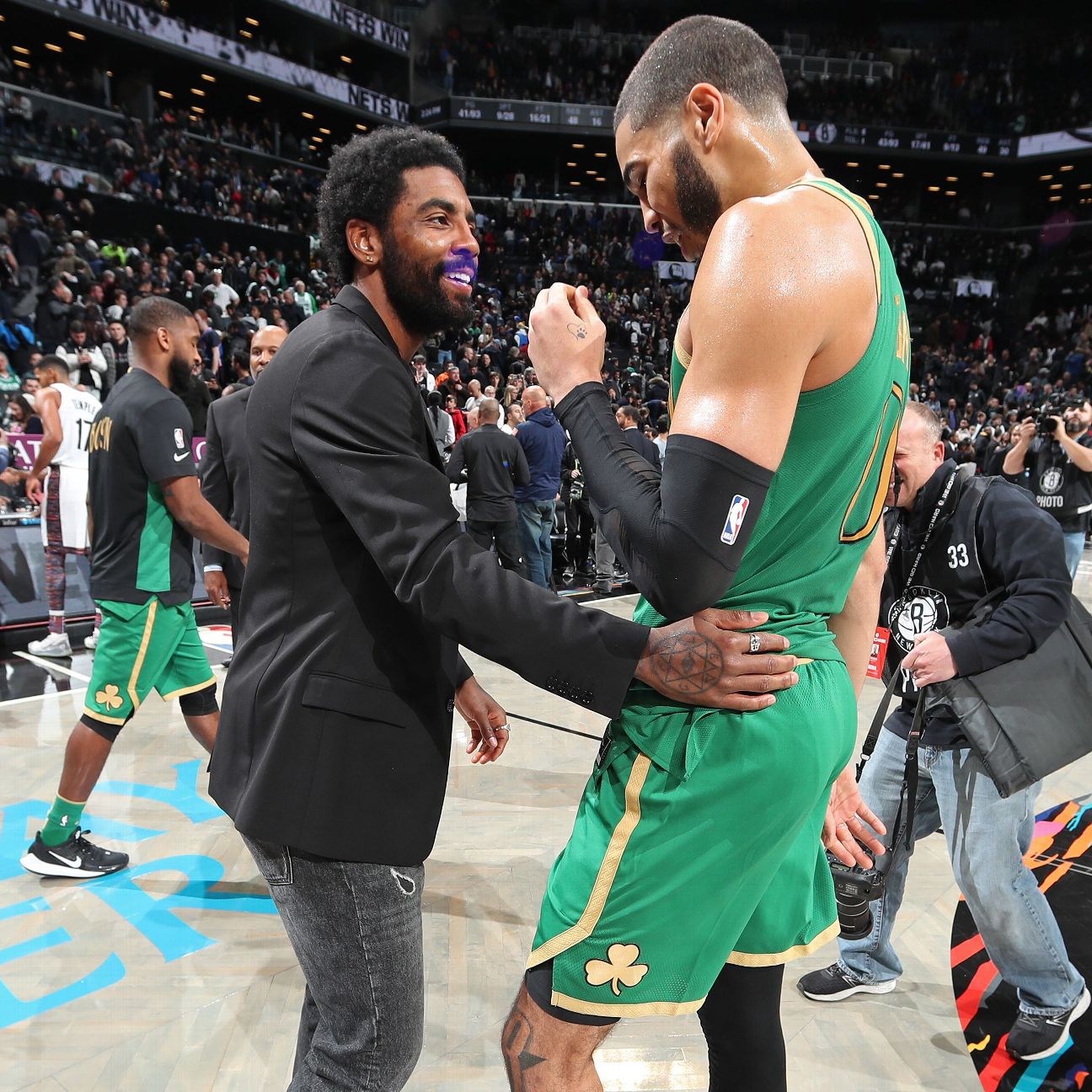 The Celtics looked a little rusty offensively in their first preseason game as they lost to the 76ers 108-99, but it was a different vibe compared to usual preseason games. It seemed like each team played with a purpose despite it basically being a rookie showcase. You got Marcus Smart diving on the floor, Jaylen Brown going for poster dunks and players fighting for roles in a preseason contest. So despite the meaningless loss, it was a fun time for the fans.

The Celtic’s second and final preseason game will be against their old frenemy, Kyrie Irving and the Brooklyn Nets. This will be the first time Kyrie returns to the TD Garden after a brutal 2018-19 season with the Celtics. Kyrie didn't play against the Celtics in any of their matchups last year, but he is expected to play tonight. Seeing how Kyrie feels about playing in the TD Garden again will be something to look out for before and after the game. I mean, only if he feels like talking to the media of coure.

🚨 WHAT A QUARTER for KD and Kyrie on @NBATV! #NBAPreseason

The NBA’s newest superstar duo looked a little too comfortable for my liking in their debut together, as the Nets beat the Wizards 119-114 in their first preseason game. Against Washington, Irving dropped 18 points in 17 minutes shooting 7-9, while Kevin Durant added 15 points in his first game back since the 2018-19 playoffs. If these two play, expect the Celtics to still play their usual man defense with Smart guarding Kyrie and the Jay’s covering KD coming out the gate.

Last game Brad pulled a fast one on us by putting Javonte Green in the starting lineup. Green had a solid performance earning 7 points on 3-4 shooting, but his role is still pretty unclear because of the Celtics depth at the guard spot. With Kemba still out and the Celtics going against a starting lineup with three guard types, it would make sense for Green to start again. At the same time, Brad might want to change up the starting lineup a little bit to get a better look at some other players.

Daniel Theis is expected to be back so he will most likely start tonight, but something I’m personally looking forward to is the matchup between Robert Williams and the Nets centers. He played well overall against the 76ers catching his usual alley-oops and getting a highlight reel block, but his team defense could still use some work. Although, it is tough to tell how far Rob Will has come defensively when he has to go up against Embiid. Time Lord has much more favorable matchups against Jarret Allen and Deandre Jordan who is past his prime.

This second game will be another great opportunity for the younger guys to continue to prove themselves. Against the 76ers, we got great minutes from Green, Pritchard, Nesmith and Grant Williams, while on the other hand Tacko, Edwards and Waters might want another chance to show what they can bring to the table. Will Pritchard display the same amount of confidence in his game? Will Edwards overcome his shooting woes? Which guys will look NBA ready after this game and which ones still need some time?

Regarding Tatum and Brown, who struggled in their first game of the season, their perofrmance shouldn’t be something to concern people because they were just shedding the rust off. But that’s just me being optimistic. A part of me is freaking out after watching them shoot a combined 5-24 and have 7 turnovers. I know it's fine because it's only preseason, but seeing them bounce back against the Nets would be good for my mental health.

It feels like the last season just ended, but here we are less than a week away from the 2020-21 regular season. The Celtics play the Nets for real on Christmas, so who knows if either team will give accurate representations of what they have planned for their matchup then.