Celtics preseason tips off Tuesday, what to watch for? 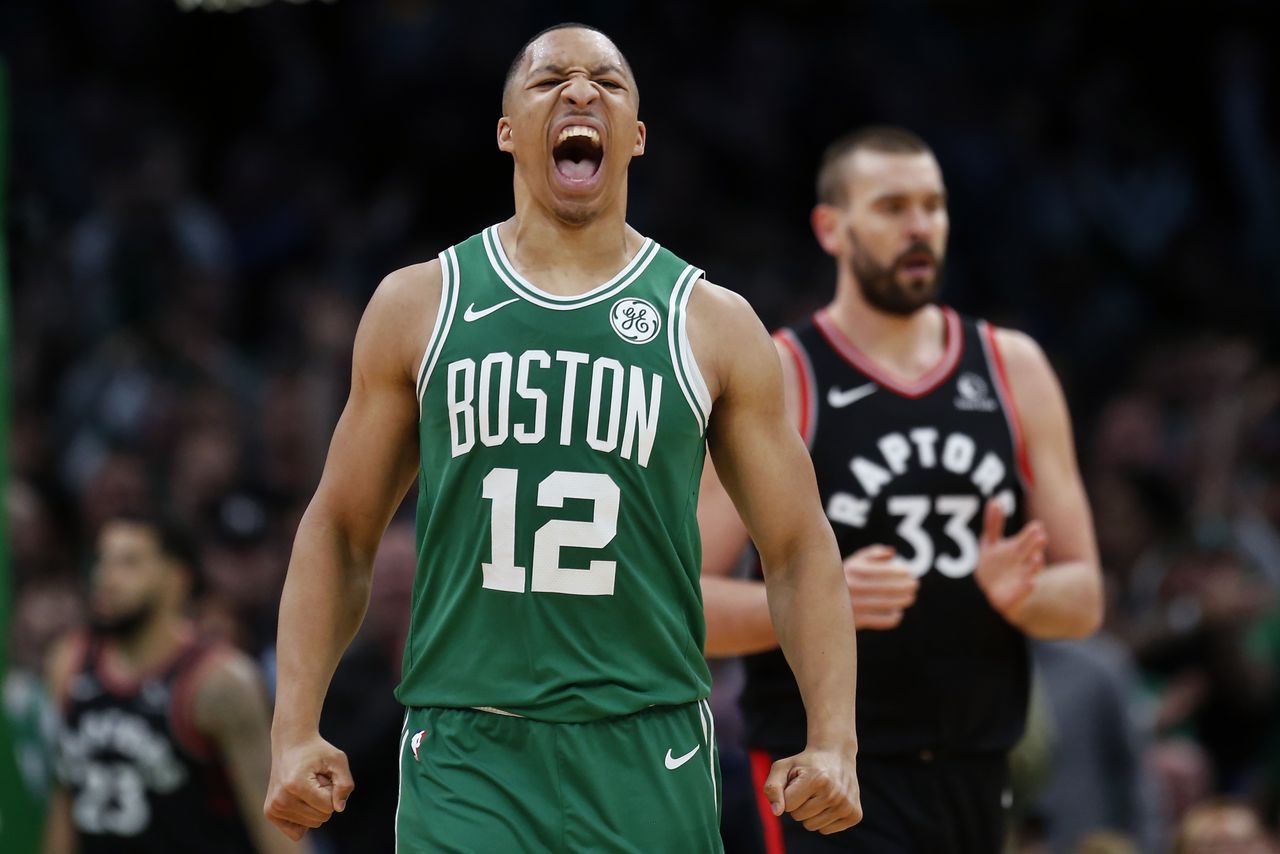 (AP Photo/Michael Dwyer)
Boston kicks off game action, albeit preseason, this Tuesday when they visit the Philadelphia 76ers. Preseason games obviously don't mean a whole lot and typically have no impact on veteran or star players, however, they can be a showcase of sorts for the younger guys and players trying to prove themselves to the coach for more minutes. That being said, the Celtics do have a few story lines and guys to keep an eye on in these two upcoming exhibitions;
The one that most fans will be looking for, is Aaron Nesmith. Boston drafted Nesmith to be a knock down shooter that can benefit from the Jays getting lots of defensive attention, something the Celtics haven't had in years. Now, I don't think that we should put a ton of stock into what his percentages are after exhibition games, but I'm more looking to see how Brad plans to use him in the offense. Will Brad draw up some off-ball screams specifically for him to get open 3pt shot opportunities? That is exactly what I would like to see. We should also be looking to see how he approaches the defensive side of the ball, his biggest question mark going into the draft. If he can display plenty of effort and use his length to tip a few passes and hall in a few rebounds, that would go a long way towards him getting minutes. Here's a quick video showcasing Nesmith's ability to shoot coming off screens;
Another key player to watch in the Celtics preseason opener is Grant Williams. We already know what Grant can do on both sides of the ball coming into the season, but now its time to see if  he's added any new wrinkles to his game. Perhaps a more consistent 3pt shot? Id like to see him take a few or more shots beyond the arc to see if he can knock them down a little bit more reliably than last season. He certainly progressed throughout the season but if he can improve that portion of his game, he will be a new weapon on kick-outs for Jaylen and Jayson as well as open the lane for those guys to drive as well. I also want to see if grant has added a little more quickness to help with being more versatile on defense. With his body size he should be able  to guard from the 2 through some 5 positions. If he can make these leaps, I would expect to see him in at the end of games and maybe even in the starting 5.
Next is Rob Williams III aka. Time Lord. Can he take a step forward in his low block defense? I want to see how he handles bigger guys on the Sixers down low and whether he's gotten stronger or not. If he can hold his grown with the bigger centers in the league he will get lots of minutes from Stevens. He could also use a mid range jumper and/or post footwork to go along with his leaping lob finisher style. The most likely and useful for the Celtics would be if he can develop a consistent shot from the elbows at the paint. The Celtics like to get their big men open at the foul line or elbows as a late in the play option in their offense. You see it a lot with Theis, and we saw it constantly when Baynes was around. Id like to see them set up Williams at those elbows to get some open looks and see if he can knock them down. In their motion offense they like to run their offense through the center position a lot so Time Lord will need to improve his court vision and facilitating. Watch here as they run the motion.
Of course, there are some other young players to watch for too. Pritchard for one could certainly win himself 10-12 minutes or so a game off the bench if he proves that he can facilitate or hit shots, and be a gritty defensive guard. Who Stevens pencils into the starting lineup is something to watch too as we could see Teague get a run with the starting unit (most likely to begin), or we could see Marcus Smart at point guard and see Grant Williams inserted into the starting 5. The development of Edwards, Waters, and all Mighty Tacko is also something to watch. The three I laid out above are what I believe will prove most important for the Celtics down the road later in the season and also impact how they approach rotations going into the regular season.