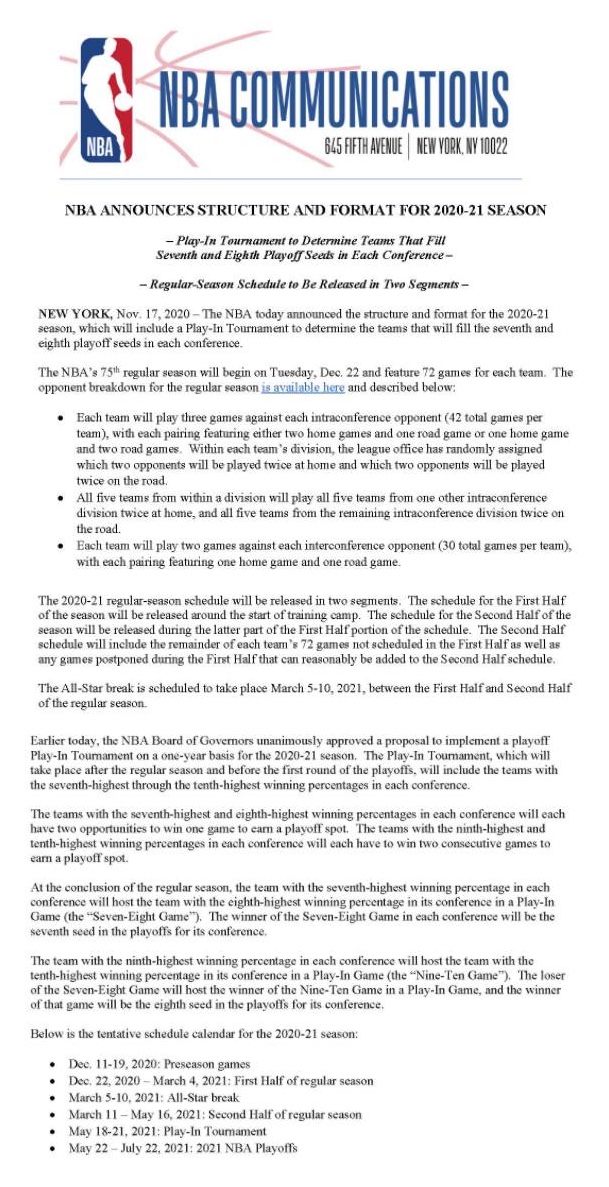 Here are all the intricacies that will make this upcoming season different. The Celtics, whoever those players will be, will opening up traing camp in 10 days. They will play their first preseason game 10 days later. And then 11 days later on December 22nd is opening night. Due to the late start, the playoffs won't conclude until the 22nd of July. So basically a month later than the norm.