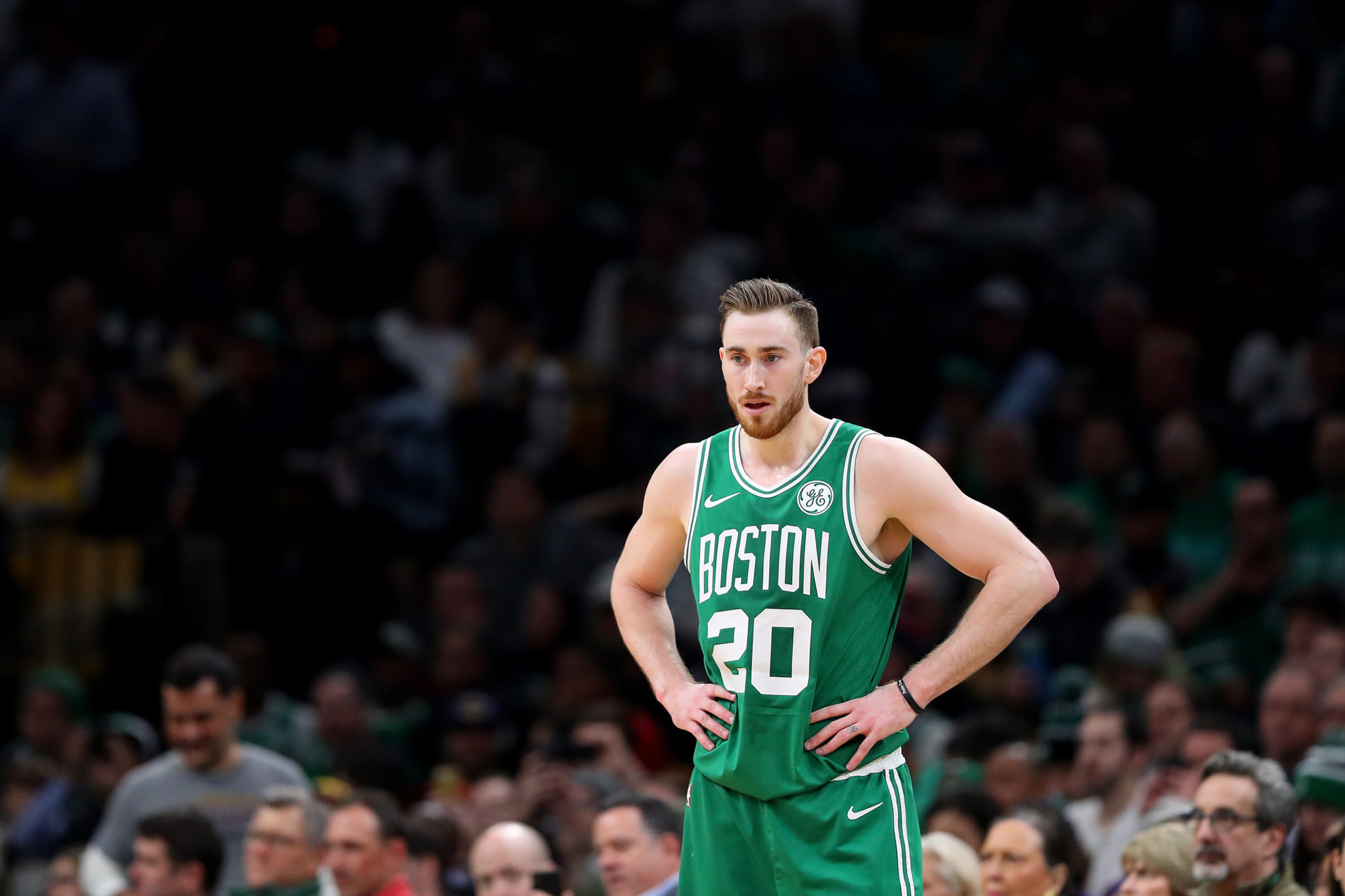 Some would argue that Hayward is a better all-around player.

Still about $20 mil more than I was expecting. https://t.co/XYYm8ukK3o

Many Celtics reporters last night:
Danny is trying to get the best deal possible from IND. Hayward is really good! If the trade falls through then I'll rip him, but patience!

So much for that Myles Turner sign-and-trade offer from the Pacers. Waiting to see if it's a sign-and-trade and the Celtics get something back beofre going off on Ainge here. Hayward has always had interest in Charlotte. He previously signed an offer sheet with them years back, but the Jazz matched.


Michael Jordan called Gordon Hayward late last night in an effort to close the deal for Charlotte, Hayward tells ESPN today. Hayward obviously remembers how MJ and Hornets signed him to an offer sheet in restricted free agency in 2014.

The Hornets will waive Nic Batum and use the NBA’s stretch provision to create space for Gordon Hayward, per @rick_bonnell pic.twitter.com/Gjcs6WDVXm

All we know is that GH preferred IND & the issue last night between IND & BOS was who in addition to Myles was coming back. Are ppl saying that Washburn, Shams, etc were mistaken?

If LeBron/Klutch doesn't complete the shady signing of Harrell, CHA doesn't have the $. https://t.co/cROgy6KKjL

Look the Hornets overpaying & Ainge dropping the ball here are not mutually exclusive. Harrell turned down CHA last night & took the wink wink deal with LeBron/Klutch/LAL. CHA upped their offer & all of a sudden IND was no longer GH's preferred spot.

According to a league source, the Celtics are currently at the top of Paul Millsap's list as he considers his options. He is expected to make his final decision today.

And before anyone goes the greedy route, remember Hayward took considerably less to sign with Boston in 2017 than was offered by Utah (also less after taxes than he would have received in Miami). The Hayward's like Charlotte. He previously signed an offer sheet with them about 7 years or so ago. And even though taking less money in 2017 hasn't exactly worked out for Hayward he still likely would have taken less yet again last night with Indiana. But Ainge haggled on the return, Harrell passed on Charlotte's lucrative offer to sign his wink wink deal with LeBron/Klutch and the Lakers. Then today MJ blew away Indiana's offer and it was no longer about taking less, but being a complete financial idiot.
While a dubious decision on the Hornets part, they could overpay for a free agent since they didn’t give up assets to get Hayward. Indiana could not in their right minds offer $100 million to compete AND have to give up Myles and either Dipo or TJ. Ainge overplayed his hand last night. Should have taken just Myles. Some reports say he wanted TJ Warren and Aaron Holiday.
The more Danny asked from the Pacers, the less Indiana could offer Hayward. It's why signing a free agent outright is so huge. You give up nothing, but money. Indiana trading Warren aand Myles and then paying Hayward $100 muillion would have been considerably dumber then the Hornets overpaying for a free agent.
Ainge should have settled for just Myles or Warren and locked this deal up last night before another team could up their offer to Hayward.

From the Pacers reporter for The Athletic, but I’m sure all these Danny Burners that have been up my ass all afternoon will be all HURR DURR THAT’S FAKE pic.twitter.com/Ndomd3qbjd

Hayward will get to be the veteran leader on a Hornets teams that has some intriguing young talent. Guards wise they have Devonte' Graham who broke out in a big way last season to go along with #3 overall pick Lamelo Ball. They also of course have another former Celtic in Scary Terry Rozier. Miles Bridges is a promising young forward and P.J. Washington had a very impressive rookie season. Should be a fun team.