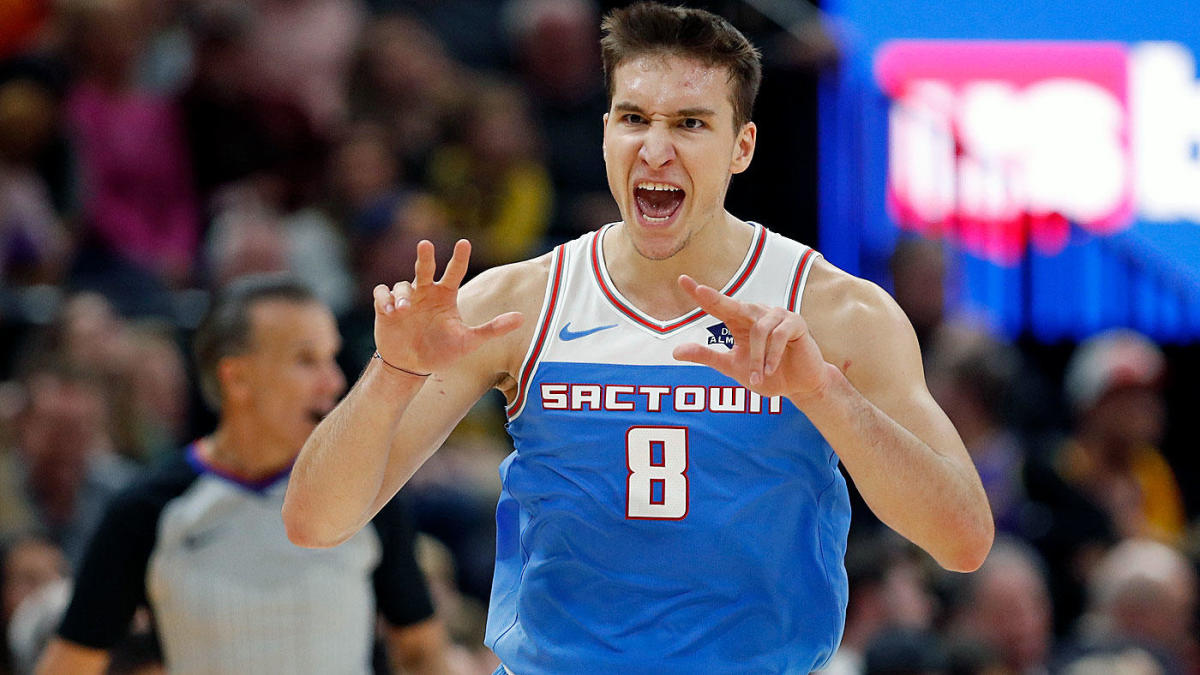 Kings will also send Justin James to the Bucks in the deal, per sources.


Man the Bucks are going to be scary good next season. Many NBA fans have soured on back to bak MVP Giannis, but I'm expecting him to bounce back from his disappointing 2020 postseason like gang busters. He will now have three sharpshooters by his side in Bogdan Bogdanovic, Jrue Holiday, and Kris Middleton. While Milwaukee had to overpay with future draft picks to land Holiday, I really like this Bogdan trade for them. He's a player I've always been intrigued with while he languished in Sacramento. This is one guy I would have liked to have seen Danny Ainge pull the trigger on. Donte has some potential, but it seems like the asking price for Bogdanovic wasn't that high.

Whatever Bucks ownership promised Giannis in their postseason meeting ... I think they exceeded it.

Swinging trades for a two-way force like Jrue Holiday and a marksman of Bogdan Bogdanovic's caliber before we even get to the draft is league-shaking work from Jon Horst and Co.