Gordon Hayward reportedly in high demand around the league; Could Celtics lose him for nothing? 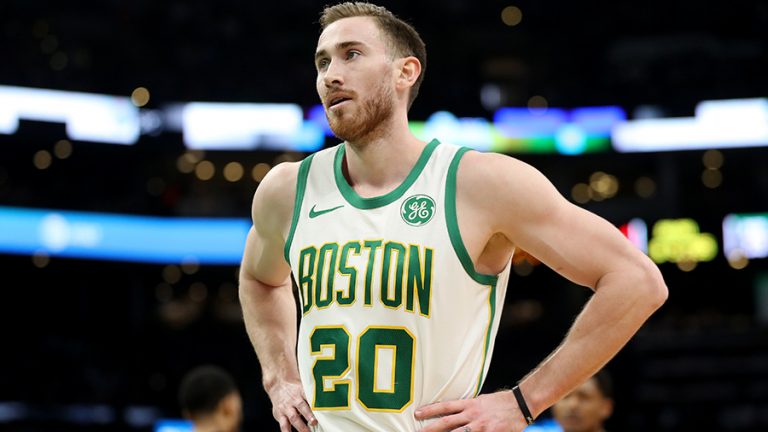 If Jrue Holiday was worth potentially five first round draft picks, it's not hard to see some teams saying, "Hey why not just sign Gordon Hayward outright and not have to part with any draft picks?"


Gordon Hayward has not decided on his $34.1 M option yet, and has until 5 p.m. tomorrow to exercise it. The Celtics have myriad options of their own to still consider. League source: "All I can say is that a lot of people want him."


Apparently that is indeed the case. Fingers crossed that either the Celtics work out an extension for Hayward or are able to completely a solid sign-and-trade move. The Celtics are in no position to just lose Hayward for nothing. Also can reporters and insiders that are around the Celtics and Danny Ainge all year please in the future stop saying that guys like Al Horford or Hayward are either going to pick up their option years or renegotiate a team friendly deal with Boston? We keep seeing this train wreck over and over again. As free agency approaches and teams have money to spend and mandates to shake things up, there will be suitors for high caliber players.