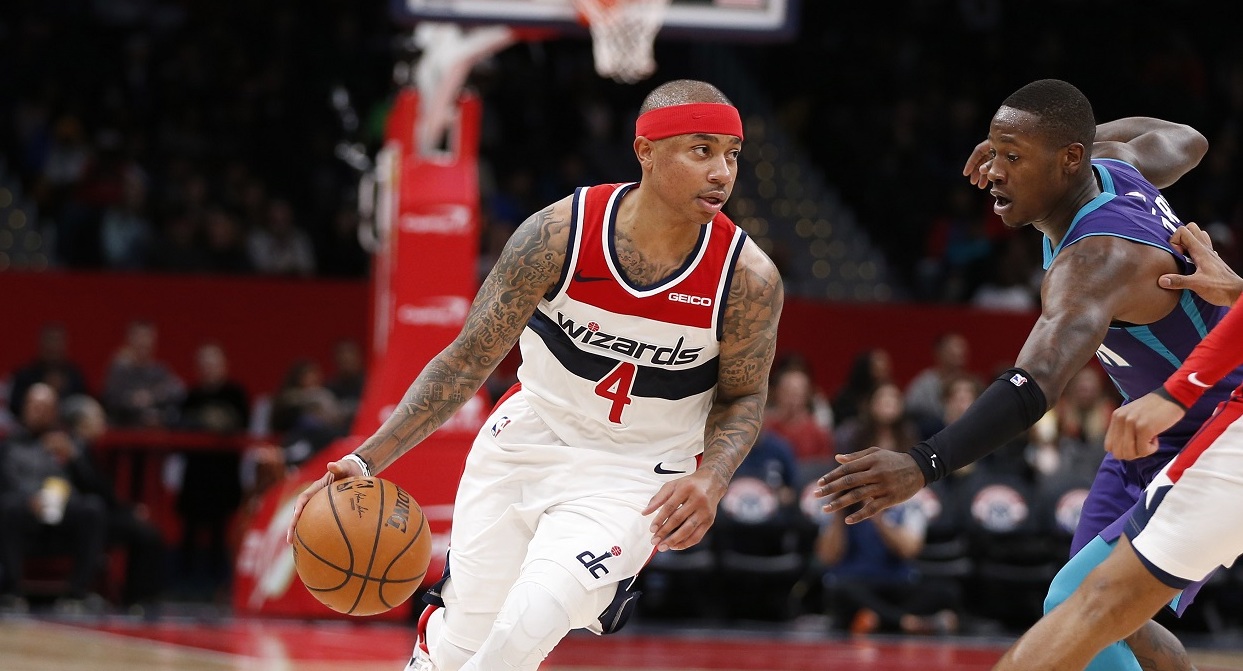 Haha the broken down player lol. You right about that and I was still productive on one leg. I’m back now and READY for whatever role to help a team!!! https://t.co/i2aObUOXds

It seems like every day there's another story out about how Isaiah Thomas has his burst back and looks as good as he has since he starred in Boston. He actually had a pretty decent season last year and you'd think he would be a guy worth gambling on right? An Isaiah Thomas somewhere between the level of last year's Wizards version and his Celtics days could help a lot of teams.
While not lacking in confidence Isaiah also sounds willing to take whatever role he can get. The return to Boston ship likely sailed when the Celtics signed Jeff Teague. Boston already has a small point guard in Kemba Walker that they have to hide on defense, so adding Thomas was a tough fit. But with Kemba expected to miss time and teams not really posting up anymore, there was a small window.
That leaves 29 other teams. Again, you'd think he'd get a shot since it would be a low risk signing with a potentially high reward. Are teams just not buying the positive reports from Thomas' fellow NBA players or IT himself? Is it a "Boy Who Cried Wolf" thing where Thomas has boasted he's back every season only to not look like his old self and teams are hesitant because of that?
Just seems odd that teams continued to give Isaiah chances until the year when reports are claiming he's actually looking very good and then crickets. Complicating matter is COVID-19. It's not like players can simply work out for teams whenever they like. Hopefully we hear news this week that Thomas has been signed. The NBA is more fun with "The Little Guy" as the great Tommy Heinsohn used to call him. Teams can always use instant offense off the bench.


This story's been updated with the thoughts of Jamal Crawford, who's been playing pickup with IT and said he would "1000 percent" vouch for him to any GM.

“This is the most healthy I’ve seen him look since Boston. He has that pop in his step...You can tell he’s a new person.” https://t.co/oJAOoBcQuK

I rock ALL nba shorts in the off season. But if they wit it then I’m wit it lol https://t.co/JkZmB7YFth